Cheered on by an anti-Brexit rabble, the pompous Luxembourg PM used the Prime Minister’s negotiating stand-off to elevate his minuscule standing with Brussels. He whipped up the British crowd, which included EU officials and tax exiles, moments before Mr Johnson arrived at the less-than-impressive Ministry of State building.

The group, ironically marshalled by David Pike, a classical singer with joint Canadian, British and Luxembourger nationality, was intent on swinging a wrecking ball and ruining the Prime Minister’s day. “Milkshakes at the ready”, “Boris the incredible t***” and “b******* to Boris”, the rabid Remainers cried.

One yelled to Brussels negotiator Michel Barnier: “Negotiate for us please, Mr Barnier. We don’t trust Boris.” Another bellowed: “Please save us, Xavier.”

But what they’ll never admit is that they were exploited in Mr Bettel’s grand plan to elevate himself from tinpot EU leader to Brussels supremo. 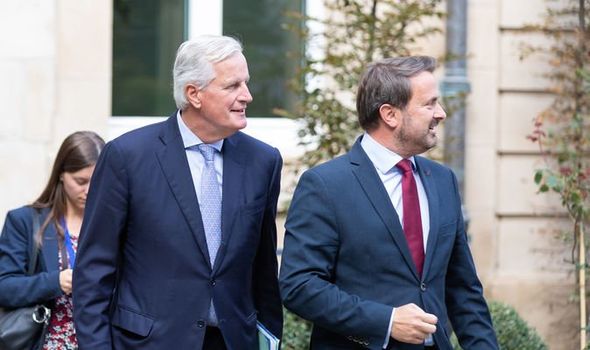 Like a conductor on the Last Night of the Proms, he waved his arms and gesticulated towards the crowd, who were just 10 yards away from the Prime Minister, as he welcomed Mr Johnson. “You are welcome here. That’s democracy,” he told them.

Mr Bettel’s master plan to upstage – or de-stage – his guest emerged as British officials urged their counterparts to hold a later press conference inside, away from the rabble.

In a truly undiplomatic stitch-up, they refused the request and allowed Mr Johnson to vacate to another chorus of heckles and boos after their 45-minute discussion. 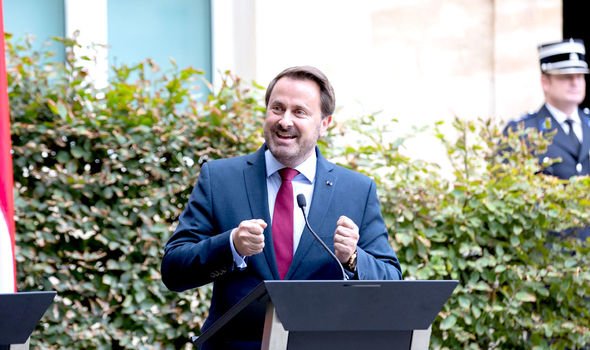 His assault on Brexit didn’t end there. Mr Bettel took to the stage, deliberately pointing out Mr Johnson’s empty lectern.

“We need more than just words. We need a legally operable text to work on as soon as possible if we want to meet the October deadline,” he barked, after giving Mr Johnson his marching orders.

AstraZeneca CEO: We are 'trailblazing' on vaccine process
We and our partners use cookies on this site to improve our service, perform analytics, personalize advertising, measure advertising performance, and remember website preferences.Ok