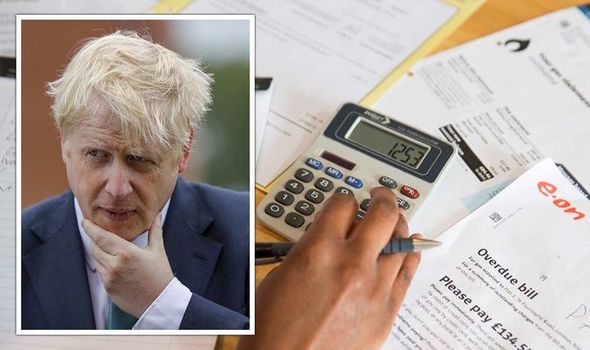 With home energy bills set to rise an average of £600 per household, the Prime Minister is being called on to meet his 2016 EU referendum pledge to end 5 percent VAT charges bringing an average saving of £400 a year.

The increase in heating costs is part of a rising cost of living crisis which has been largely fuelled by the effects of the covid pandemic.

But one of the benefits of leaving the EU is that it allows the UK to reduce its VAT rates for essentials like fuel below 5 percent and other non-essential items under 15 percent.

She said: “As Conservatives, one of our central beliefs has always been low taxes.

“We are now over five years on from the Referendum, and, when it comes to energy bills, it is crunch time. Global energy prices are soaring, and many people across our country are facing a cost of living squeeze, with many concerned about the looming National Insurance Rise in April.”

Bury South Conservative, Christian Wakeford also said he supported it but suggested that the Government that alone “it does not go far enough” in reducing bills.

Campaigners have pointed out that a reduction in VAT on fuel would release millions of pounds for the NHS.

The latest figures from the NHS show that trusts in England last year spent £287million on electricity, £202million on gas and £6million on heating oil.

Labour and the Lib Dems have already called for the new Brexit powers to be used on VAT on domestic energy bills.

But last night organisations from across British politics joined the campaign.

Former Brexit Party MEP not chairman of the Independent Business Network Johnson Longworth said: “There are very good reasons why such a move is justifiable and hidden reasons why the government is avoiding making Brexit the outstanding economic success that it could be and the VAT on fuel is a bellweather of government policy.”

Reform Party leader Richard Tice said: “The extra blossom of growth created by more personal spending means the Government can easily afford to scrap immediately the VAT charged on domestic fuel; which the Govt is now allowed to do, thanks to Brexit.”

Caroline Abrahams of Age UK warned that a doubling of energy bills would result in a “national emergency” for older people.

She said: “Inflation is already eating into their pensions, but this unprecedented hike in wholesale energy prices will be totally unsustainable for those living on low fixed incomes, many of whom have few if any savings to fall back on.

“For many a massive energy price hike in April would be catastrophic.”

Mike Foster, chief executive of the Energy and Utilities Alliance, warned that those on average and lower incomes use the most energy and stand to be hardest hit by price rises.

He said: “It is those on average or below average household incomes that use more energy in their homes, trying to keep warm. These are the people that deserve help from the Government, these are people who would benefit most from scrapping VAT on energy bills.”

Andy Mayer of the Institute of Economic Affairs described the Prime Minister’s rejection of a VAT cut as “another u-turn,” he said: “Everyone benefits from lower energy prices, and it would provide some relief while the underlying issues are addressed.”

Gavin Rice of the Centre for Social Justice said: “A quarter of household energy bills are caused by Net Zero levies and VAT – taxes the Government could suspend temporarily if it wanted to.”

The row has also been linked to other tax raising measures including the recent hike in National Insurance contributions and the Green Levy.

Jonny Marshall, a senior economist at the Resolution Foundation, described the scale of the difficulties on the way.

He said: “While the revenues from higher taxes are sorely needed for the NHS, and a blanket cut to VAT on energy bills would be an expensive and poorly targeted measure, there are other steps the Government can take. Most importantly, they should prioritise targeted support for low-income families who could end up spending an eighth of their entire income on energy bills alone.”

Eamonn Ives at the Centre for Policy Studies urged the Government not to go ahead with the planned rise in National Insurance, saying: “To blunt the incoming spike in cost of living in the short term, the Government should cancel or postpone the rise to national insurance that will put further downward pressure on the incomes of hardworking people.”

IEA, Professor Len Shackleton added: “The increase in National Insurance not only hits employees and their families: in the short run it hits businesses which are losing money as a direct result of government-imposed Covid restrictions.”