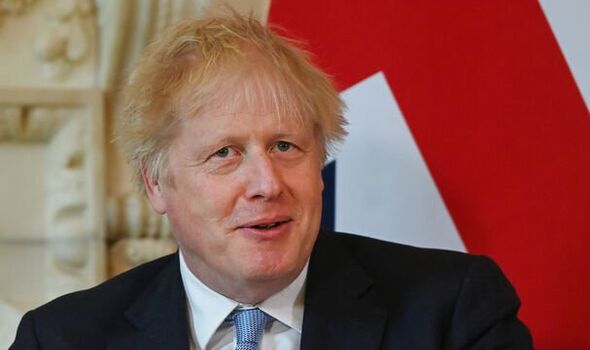 The province has been plunged into a fresh political crisis with the Democratic Unionist Party (DUP) refusing to nominate ministers unless major changes are made to post-Brexit trading arrangements.

The UK Government could announce an overhaul of the Northern Ireland Protocol – which many unionists blame for hurting trade with Great Britain and diminishing Northern Ireland’s status as a full part of the UK – as early as this week.

In a move which could provoke fury in Brussels, the UK is expected to outline measures which would remove the need for checks on much of the trade between Northern Ireland and England, Scotland and Wales.

The DUP’s refusal to take part in Government means Sinn Fein’s Michelle O’Neill has not been able to take the position of First Minister after her party won the most seats for the first time in this month’s election. It has also blocked the nomination of a Speaker which means the Stormont Assembly cannot function.

Brussels’ refusal to renegotiate the protocol has stirred fears that unilateral action by Britain could trigger a trade war with the EU.

Mr Johnson will tell party leaders “that we will always keep the door open to genuine dialogue” but “there will be a necessity to act” to protect the Good Friday Agreement – the power-sharing deal which helped bring decades of terrorist violence to an end – if the EU does not change its position.

Downing St insists that the text of the Good Friday agreement has been “undermined” by the protocol, which it also claims has “eroded the historic economic bonds which link Great Britain and Northern Ireland and resulted in the Unionist community feeling like its aspirations and identity are threatened”.

Mr Johnson plans to deliver a “tough message” to party leaders. He will insist that any action to fix the protocol must result in the parties working together.

He will also pledge action in the “coming weeks” to ensure women and girls have action to abortion services, and the Northern Ireland Secretary will shortly set out new measures to deal with the province’s legacy of violence.

Downing St says the Government has never suggested scrapping the protocol, which was introduced to avoid the need for customs checks along the border with the Republic of Ireland.

Instead, Mr Johnson will argue that the UK and the EU should have the “shared objective” that a reformed protocol will enjoy the “broadest possible cross-community support” when it faces a consent vote in the Stormont Assembly in 2024.

A Conservative source said the changes will address concerns in the province while also protecting the integrity of the EU’s single market.

“From what I’ve heard of the plan for that legislation, I think it is reasonable, it is proportionate and it goes with the grain of the protocol,” they said. “It’s not ripping it up and starting again.”

Ex-Brexit minister David Jones is hopeful about reform of the protocol, which he says has “disadvantaged” Northern Ireland.

“And every citizen of the UK, wherever he or lives, should welcome that.”

Former Northern Ireland Secretary Theresa Villiers said the announcement of planned changes to the protocol could prove “a very important step on the way back to power-sharing in Northern Ireland”.

Robin Millar, the Aberconwy MP who chairs the Conservative Union Research Unit, predicted “heated debates will no doubt follow” but said it was a time to “hold our nerve and maintain our focus on the end goal”.

Former defence minister Mark Francois, chairman of the European Research Group also backed strong action, saying: “The EU can no longer be allowed to use the Northern Ireland Protocol to drive a wedge between Northern Ireland and the rest of the UK, which is why we should now legislate to replace it and also strengthen the cross-community Good Friday Agreement in the process.”

But DUP MP Jim Shannon said action – and not just words – would be required before his colleagues would enter government.

“After two years of waiting for it to be changed we’re only now looking at the possibility of legislation that will make a difference,” he said. “It’s about real action.”

“[Words] are meaningless if they tell you the same thing over and over again and do nothing, but if they make an action plan then things will definitely be very, very different.”

“[If] it means that the Northern Ireland protocol is ditched, that’s good news. That’s what we’re after.”

The future of the United Kingdom will be debated far beyond Northern Ireland in the coming months.

Scotland’s Ms Sturgeon has pledged to refresh the “very positive case” for Scottish independence and her Government has promised to bring forward a Bill for a second independence referendum.

Plaid Cymru Westminster leader Liz Saville Roberts also pressed for changes for Wales’ place in the union, saying the continuation of the UK in its present state is “intolerable”.

She said: “The UK as a political unit is only as good as the sum of the experience of people living in each of its member nations… Defending the UK status quo is to continue to tolerate the intolerable.”