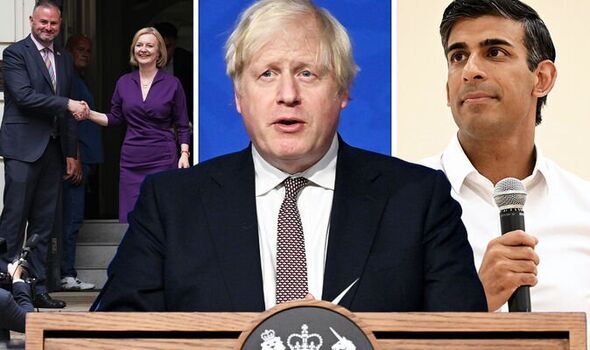 The outgoing Prime Minister hailed Ms Truss for having “the right plan to tackle the cost of living crisis”.

Approaches on how to deal with the economic situation were the main difference between Mr Sunak and the eventual winner of the Tory leadership contest over weeks of campaigning.

Throughout the duration of the race to find his replacement Mr Johnson refused to comment on who he was backing to be Prime Minister.

He publicly remained neutral, claiming all candidates in the running to be Conservative leader would do a good job.

However, commenting on Ms Truss’s victory he suggested he had reservations about the plan for Government suit forward by Mr Sunak.

“Congratulations to Liz Truss on her decisive win,”he said.

“I know she has the right plan to tackle the cost of living crisis, unite our party and continue the great work of uniting and levelling up our country.

“Now is the time for all Conservatives to get behind her 100 percent.”

The South West Norfolk MP has vowed to help hard-working Britons struggling with the cost of living crisis by reducing taxes.

She has promised to reverse the National Insurance hike introduced by Mr Sunak when he was in charge of the Treasury and has hinted at reducing VAT.

Her leadership rival had suggested more state handouts would be offered to help those worst impacted by rising energy bills.

It is thought Mr Johnson continues to blame Mr Sunak for his departure from office.

His resignation from Government on July 5 was the catalyst that led to dozens of ministers quitting their posts and the incumbent at No10 being forced to step down from the top job.