President Biden’s infrastructure plan could fund a long-overdue revamp of the Brent Spence Bridge between Ohio and Kentucky. But the Senate Republican leader opposes it. 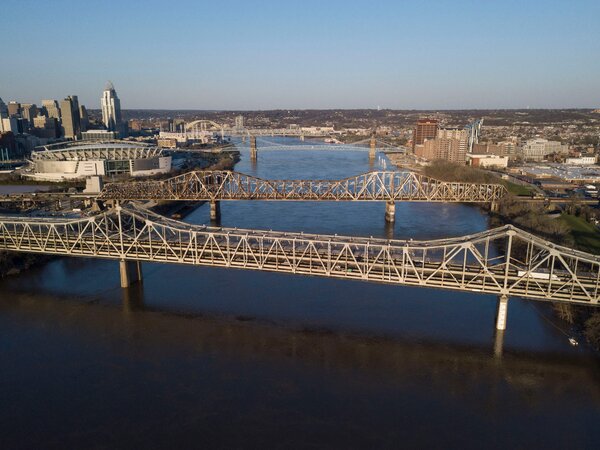 By Campbell Robertson and Nicholas Fandos

CINCINNATI — Early one November morning last year, a tractor-trailer hauling potassium hydroxide crashed into another truck that had jackknifed on the Brent Spence Bridge, igniting an enormous fire over the Ohio River that shut down the antiquated span connecting Cincinnati and northern Kentucky for six weeks.

Daily commutes were snarled. Shipping delays rippled across the eastern United States. And residents who had grown accustomed to intractable fights among politicians over how to update the unsightly and overburdened choke point — and how to pay for it — had a glimmer of hope that, finally, something might get done.

“After the fire, I thought for sure it’s going to happen now,” said Paul Verst, who estimates the shutdown cost his logistics company in Cincinnati $30,000 a month in delays.

On paper, the frowzy, 57-year-old double-decker truss bridge would seem like the kind of project that could help power a grand deal this year between President Biden, who is pushing the most ambitious federal investment in infrastructure in decades, and Senator Mitch McConnell of Kentucky, the most powerful Republican in Washington.

Instead, the Brent Spence Bridge has become a window into the depth of the political and ideological divide that is shaping the debate in Washington over Mr. Biden’s $2.3 trillion plan, so profound that Mr. McConnell — a longtime proponent of fixing the structure — has become its most vocal and hostile opponent.

Although the president’s initiative could provide the best chance in decades to upgrade a bridge that Mr. McConnell has deplored as “outdated and inadequate,” it is also a costly plan, paid for primarily through substantial tax increases on businesses and the rich. The senator wasted no time denouncing it as a bloated, partisan expansion of big government.

“I can’t imagine that somewhere in a multitrillion dollar bill, there wouldn’t be money for the Brent Spence Bridge,” Mr. McConnell said on a recent swing through Kentucky. “Whether that is part of an overall package I could support? I could tell you if it’s going to have massive tax increases and trillions more added to the national debt, not likely.” 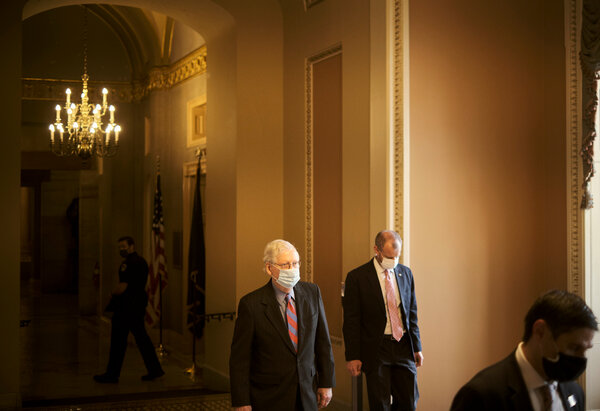 Mr. McConnell declined to elaborate on his position when approached in the Capitol this week, repeating the same line twice to a reporter asking whether concern about the bridge might prod him to embrace Mr. Biden’s plan: “It’s an important project, and long overdue for a solution.”

Mr. McConnell’s calculation reflects a reality that has thwarted previous presidents’ attempts to steer ambitious infrastructure plans through Congress and threatens to complicate the path for Mr. Biden’s. The parochial horse-trading that once powered such major legislative compromises, prodding members of both parties to put ideology aside and strike deals of mutual interest, is mostly a thing of the past.