President Biden traveled to Dover Air Force Base Sunday morning to receive the bodies of 13 American service members who were killed in an attack at the Kabul airport in Afghanistan.

Eleven Marines, one Army soldier and a Navy corpsman died in a suicide bombing outside Hamid Karzai International Airport on Thursday. The ISIS-K group claimed responsibility for the attack seeking to disrupt the massive evacuation effort of Americans, Afghan allies, and third-party nationals outside the U.S.-held airport. 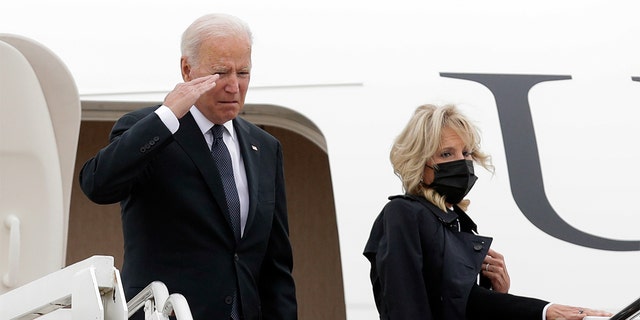 The attack took place as U.S. forces were working to evacuate Americans and allies from Afghanistan following the Taliban’s takeover of the country earlier this month. At the same time, they have been working to ensure their own withdrawal by the end of the month.

According to the White House, the U.S. has evacuated and facilitated the evacuation of roughly 114,400 people since August 14.