President Joe Biden will address Congress for the first time in his term on the eve of his 100th day in office on Wednesday night at 9 p.m. ET.

The president is expected to share what his administration has accomplished thus far to members of Congress and the American public, as well as outline his plans and policies, including the American Jobs Plan and American Families Plan, going forward.

“As I stand here tonight, we are just one day shy of the 100th day of my administration,” Biden is expected to say in an excerpt of the speech shared by the White House. “100 days since I took the oath of office — lifted my hand off our family Bible — and inherited a nation in crisis. The worst pandemic in a century. The worst economic crisis since the Great Depression. The worst attack on our democracy since the Civil War.”

“Now — after just 100 days — I can report to the nation: America is on the move again,” the president will say. “Turning peril into possibility. Crisis into opportunity. Setback into strength.”

Biden is also expected to discuss race and criminal justice reform issues during his address.

The speech will be broadcast on major TV networks, as well as C-SPAN. The White House will also host a livestream of the event.

Less than half of the lawmakers in Congress received tickets to attend Biden’s address and they are not allowed to bring guests. About 200 members of Congress are expected to attend Biden’s speech, a majority of which are likely Democrats.

A number of Republican lawmakers have indicated they will watch the speech from their homes, including Sen. John Cornyn and Rep. Steve Scalise, who gave his ticket to a freshman lawmaker, the Associated Press reported.

A majority of Biden’s cabinet will also not be in attendance, with only Secretary of State Antony Blinken and Defense Secretary Lloyd Austin present at the address. Chief Justice John Roberts will attend the event in person to represent the judicial branch, but the other justices will watch remotely.

US Treasury Secretary is the defacto “designated survivor” as she will not be present at the speech.

For the first time in US history, two women will flank the president during the address

House Speaker Nancy Pelosi will take up her post at the rostrum behind Biden, a seat she historically filled during the Bush administration when she became speaker.

Alongside her will be Vice President Kamala Harris, who made history in November 2020 as the first female, Black, and Asian vice president, setting the historic scene of Biden having two women appear with him during his congressional address.

“It’s pretty exciting. And it’s all — wonderful to make history. It’s about time,” Pelosi told MSNBC prior to Biden’s address. “I made history when I was the first speaker to be standing behind President Bush. And he made note of that. Now this is just so exciting.”

Biden is expected to formally propose a $1.8 trillion spending package that contains new funding for childcare, education, and healthcare initiatives. Much of it is focused on families — women and children in particular. Key measures include universal pre-K, tuition-free community college, and a temporary extension cash payments for parents.

It also includes a national paid leave program, and it beefs up subsidies for people to buy health insurance through the Affordable Care Act.

The president is also expected to discuss his administration’s “American Jobs Plan,” per an excerpt of the speech shared by the White House prior to the event.

“The Americans Jobs Plan is a blue-collar blueprint to build America.” 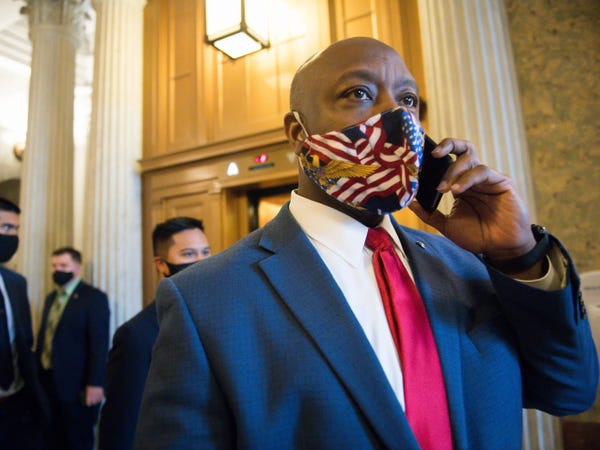 Who is doing the GOP response

GOP Sen. Tim Scott of South Carolina, the Senate’s only Black Republican, will deliver the rebuttal to Biden’s address to Congress, particularly on the president’s remarks regarding race and criminal justice reform.

Joseph Zeballos-Roig contributed to this article. 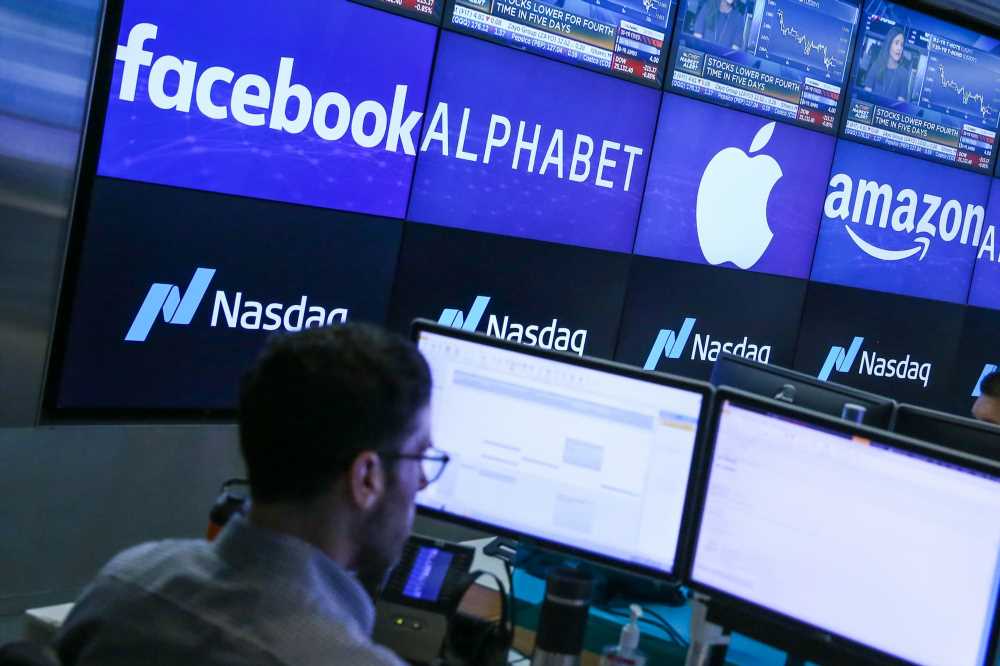