Biden to deliver 'major' speech on the economy, defending his record and pushing massive new spending

The impact of Biden’s policies on the US economy

The Lindsey Group CEO Larry Lindsey weighs in on Biden’s spending plans and its potential strain on the U.S. economy.

President Biden is set to deliver a "major" speech on the economy Thursday afternoon in Cleveland and is expected to tout his record, saying it is "working," while pushing new spending plans as the economy stands at an "inflection point."

The president is set to deliver remarks at Cuyahoga Community College, the site of the last rally he was scheduled to hold as a candidate in March 2020 before the coronavirus pandemic shut down the U.S.

A White House official told FOX Business the president will make a "clear case that his economic plan is working" by touting job creation and a decrease in unemployment claims while arguing that his American Rescue Plan was "just the first step."

Biden is set to propose strengthening unions and raising the minimum wage to $15 an hour while discussing his plan to modernize infrastructure and ensure every American has "high-speed internet, building ports, roads and bridges" while interest rates are low.

The Federal Reserve, led by Chairman Jerome Powell, has held interest rates near zero since March 2020 and has repeatedly indicated it will do so until "labor market conditions have reached levels consistent with the Committee's assessments of maximum employment and inflation has risen to 2% and is on track to moderately exceed 2% for some time." Powell has stressed that he sees no signs of persistent inflation.

Economic projections from policymakers' last meeting show that most officials expect rates to remain near zero through 2023.

Biden’s American Jobs Plan and the American Families Plan initiatives would invest billions in the nation's infrastructure – including roads and bridges, as well as transit systems, broadband and green energy – and would vastly expand the government's social safety net. The plans would be paid for with a slew of new tax hikes on wealthy Americans and corporations. Combined, the plans are projected to cost nearly $4 trillion.

The official said Biden will argue that the U.S. is "in a race to win the 21st century" and say the country is at an "economic inflection point" while pushing to "build on the momentum" of the first months of his administration to "build a new economy, strengthen the middle class, and revitalize capitalism itself."

The president’s remarks Thursday, though, come after a Fox News Poll released Wednesday revealed voters have mixed views over whether the White House is proposing too much government spending.

When asked about the White House’s proposed increases in spending, 47% of voters say it is too much, while 33% say it is about right and 17% say the spending is not enough.

"Half of voters either approve of Biden’s spending or want more, while about the same portion say it is too much," says Democratic pollster Chris Anderson, who conducts the Fox News poll with Republican Daron Shaw.

"Like so many things in America today, views on the appropriate level of stimulus spending divide sharply based on political affiliations."

Seventy-nine percent of Republicans think Biden’s spending is too much, compared to 42% of independents and 18% of Democrats. 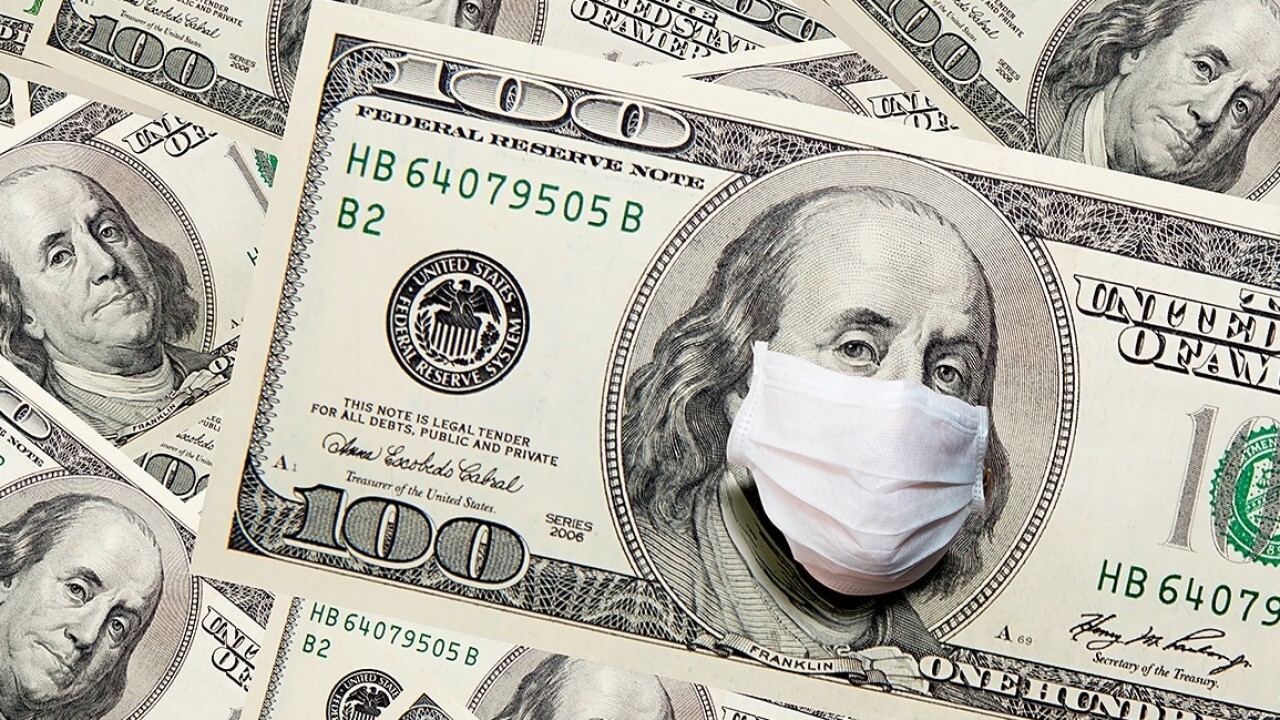 UBS GWM Head of Americas Equities David Lefkowitz on his outlook for the market and economy amid mass government spending and discusses dogecoin.

Forty-four percent believe the administration’s proposals are truly meant to "jumpstart the economy," while slightly more, 47%, think they are intended to "transform the country with liberal social policies."