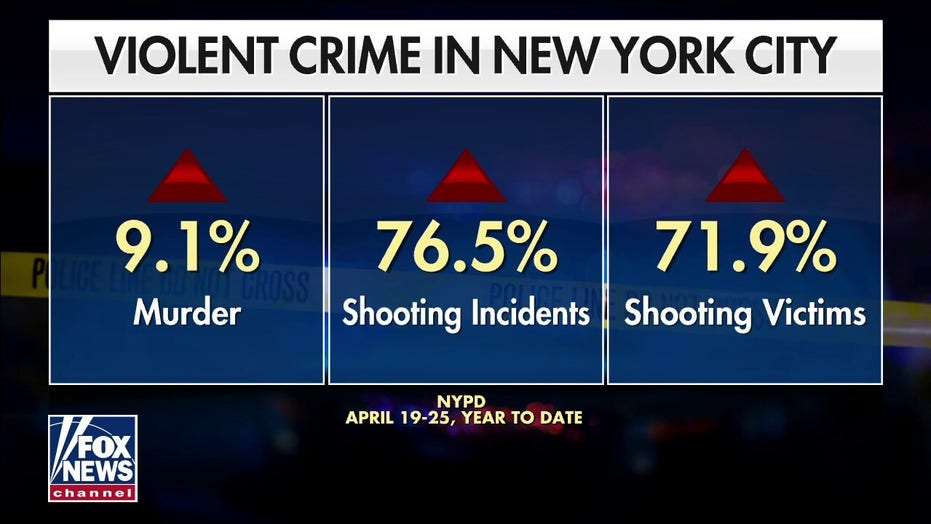 Paul DiGiacomo, president of the NYPD Detectives’ Endowment Association, on rising crime in New York City and a new video showing an officer being brazenly attacked in broad daylight.

New York Democrats, including Ocasio-Cortez, Senate Majority Leader Chuck Schumer and Rep. Jamaal Bowman, called on Congress to earmark $400,000 toward a program called “Stand Up To Violence,” which seeks to address gun violence through counseling and community outreach. Ocasio-Cortez said it was “not acceptable” to use jails as “garbage bins.”

“If we want to reduce violent crime, if we want to reduce the number of people in our jails, the answer is to stop building more of them,” Ocasio-Cortez said. “The answer is to make sure that we actually build more hospitals, we pay organizers, we get people mental health care and overall health care, employment, etc. It’s to support communities, not throw them away.”

Ocasio-Cortez and fellow Democrats are seeking congressional funding through a process called “earmarking,” a newly reintroduced method that allows lawmakers to request financial support for causes within their districts. The “Stand Up To Violence” program is based at a hospital located in Ocasio-Cortez’s home district.

The request from Democrats came as New York City contends with a spike in gun violence during the coronavirus pandemic. Shooting incidents were up 86% as of May, according to the New York Police Department.

At least 13 people were shot across the city’s five boroughs over Memorial Day weekend, including a 15-year-old boy who was killed in the Bronx.