A low-profile Republican financier donated his company to a new group run by the influential operative Leonard A. Leo. 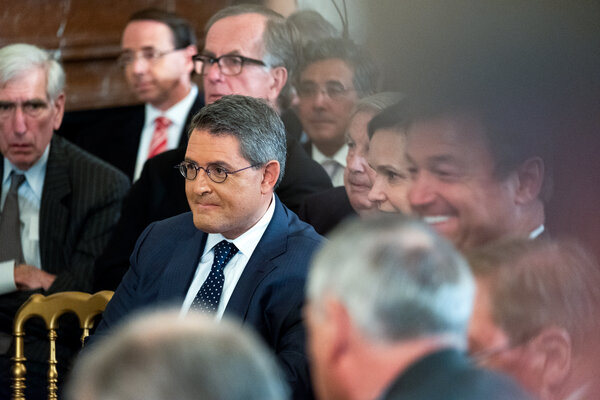 WASHINGTON — A new conservative nonprofit group scored a $1.6 billion windfall last year via a little-known donor — an extraordinary sum that could give Republicans and their causes a huge financial boost ahead of the midterms, and for years to come.

The source of the money was Barre Seid, an electronics manufacturing mogul, and the donation is among the largest — if not the largest — single contributions ever made to a politically focused nonprofit. The beneficiary is a new political group controlled by Leonard A. Leo, an activist who has used his connections to Republican donors and politicians to help engineer the conservative dominance of the Supreme Court and to finance battles over abortion rights, voting rules and climate change policy.

This windfall will help cement Mr. Leo’s status as a kingmaker in conservative big money politics. It could also give conservatives an advantage in a type of difficult-to-trace spending that shapes elections and political fights.

The cash infusion was arranged through an unusual series of transactions that appear to have avoided tax liabilities. It originated with Mr. Seid, a longtime conservative donor who made a fortune as the chairman and chief executive of an electrical device manufacturing company in Chicago now known as Tripp Lite.

Rather than merely giving cash, Mr. Seid donated 100 percent of the shares of Tripp Lite to Mr. Leo’s nonprofit group before the company was sold to an Irish conglomerate for $1.65 billion, according to tax records provided to The New York Times, corporate filings and a person with knowledge of the matter.

The nonprofit, called the Marble Freedom Trust, then received all of the proceeds from the sale, in a transaction that appears to have been structured to allow the nonprofit group and Mr. Seid to avoid paying taxes on the proceeds.

For perspective, the $1.6 billion that the Marble trust reaped from the sale is slightly more than the total of $1.5 billion spent in 2020 by 15 of the most politically active nonprofit organizations that generally align with Democrats, according to an analysis by The Times. That spending, which Democrats embraced to aid the campaigns of Joseph R. Biden Jr. and his allies in Congress, dwarfed the roughly $900 million spent by a comparable sample of 15 of the most politically active groups aligned with the Republican Party.

The Marble Freedom Trust could help conservatives level the playing field — if not surpass the left — in such nonprofit spending, which is commonly referred to as dark money because the groups involved can raise and spend unlimited sums on politics while revealing little about where they got the money or how they spent it.

In a statement, Mr. Leo cited some of the left’s biggest donors and an advisory firm that helps manage the nonprofit groups they fund.

“It’s high time for the conservative movement to be among the ranks of George Soros, Hansjörg Wyss, Arabella Advisors and other left-wing philanthropists, going toe-to-toe in the fight to defend our constitution and its ideals,” Mr. Leo said. Mr. Seid and an associate did not respond to messages seeking comment.

The Marble Freedom Trust’s formation in May 2020, the donation of Tripp Lite shares by Mr. Seid, and Mr. Leo’s role have not been previously reported.

The funds are difficult to trace through public records. Tripp Lite is a private company that is not subject to corporate disclosure rules for public companies. On its tax filing, Marble indicated that the $1.6 billion came from the “sale of gifted company and subsidiaries,” but indicated that it withheld identifying information “to protect donor confidentiality.”

And Eaton, the publicly traded Irish company that bought Tripp Lite, does not refer to Marble in statements related to the sale.

The person with knowledge of the matter said that the Tripp Lite shares were donated to Marble months before the deal with Eaton was announced in January 2021. The sale was completed in March 2021.

Katy Brasser, a spokeswoman for Eaton, said in a statement, “We have no additional information to share regarding the acquisition that was announced last year.”

Ray D. Madoff, a professor of tax law at Boston College who is the director of the school’s Forum on Philanthropy and the Public Good, said the structure of the transaction was most likely legal but did appear to allow a donor to avoid federal tax obligations from the sale of the company.

Here is how it works: Marble Freedom Trust is registered under a section of the tax code — 501(c)4 — for organizations that focus primarily on what the Internal Revenue Service calls “social welfare” and as a result are exempt from paying taxes. Such groups are allowed to engage in political advocacy, but their supporters are not entitled to deduct donations from their income taxes. Supporters can, however, donate assets that a nonprofit can sell and avoid capital gains taxes on the sale.