American journalist's parents make plea for his release from Myanmar

(CNN Business)American journalist Danny Fenster, who has been detained in Myanmar for five months, was denied bail and hit with a new charge Wednesday following a hearing inside Yangon’s Insein Prison.

Fenster, 37, has now spent 163 days detained in Myanmar, where his family has had little contact with him.
The additional charge -— the third leveled against him — is under Section 13(1) of Myanmar’s immigration act, his lawyer Than Zaw Aung told CNN Business. It makes it a crime to enter the country illegally, overstay a visa or permit, or violate the conditions of a stay. It is unclear why he has been charged with the new offense.

It comes as the visit of former US ambassador to the United Nations Bill Richardson to Myanmar this week raised hopes that Fenster’s release could be secured.

Richardson met junta leader Min Aung Hlaing in the capital Naypyidaw on Tuesday. The trip was described by his staff as a personal humanitarian mission to discuss delivery of Covid-19 vaccines, medical supplies, and other public health needs, but the veteran negotiator has spent decades trying to free Americans from prison abroad, particularly in North Korea. 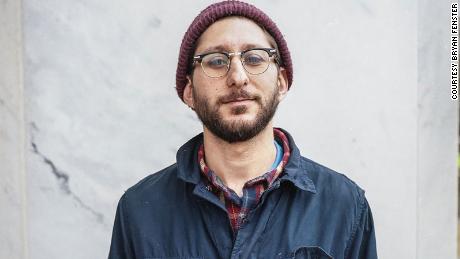 Images of Richardson’s meeting emblazoned the front pages of Myanmar’s state media on Wednesday and broadcast on the military-run channel Myawaddy.

Why is Danny Fenster detained in Myanmar?

Fenster was stopped at Yangon International Airport as he tried to board a flight out of the country on May 24. A US citizen from Detroit, Michigan, Fenster was due to fly back to his home and surprise his parents. He was working in Myanmar’s largest city Yangon as managing editor of independent news outlet Frontier Myanmar.
He is one of about 100 journalists detained since the military seized power on a February 1 coup. Despite a mass prisoner release two weeks ago, 31 media workers remain behind bars, Reporting ASEAN has documented.
It is unclear why Fenster was arrested and there are scant details of his case. Trials and hearings are conducted not in civilian courts, but military-run courts held inside the prison walls. Members of the public, reporters and embassy officials are barred from proceedings.
Fenster was first charged with incitement under section 505a of Myanmar’s penal code, which makes it a crime to publish or circulate comments that “cause fear” or spread “false news.” It carries a potential three-year prison term. 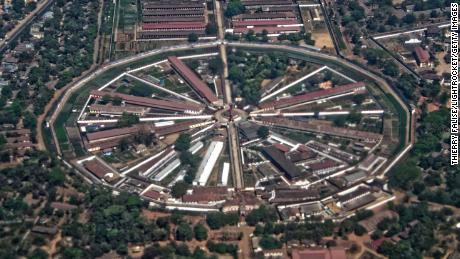 Then last month, the military junta added an additional charge of violating Section 17(1) of the Unlawful Associations Act.
The act makes it a crime to contact, be a member of, or assist groups that have been declared illegal. Since the coup, the military junta has labeled as terrorist groups several entities that oppose them, including the Civil Disobedience Movement, the National Unity Government (NUG) -— made up of ousted lawmakers and which considers itself the legitimate government of Myanmar — and People’s Defense Forces that have taken up arms against the military.
The colonial-era law has long been used to target journalists, activists and ethnic minorities fighting for greater rights and autonomy in a bid to silence them. No reason has been given as to why Fenster has been charged under this law.
Answering a question from a VOA Burmese reporter in September, military spokesperson Zaw Min Tun said “Fenster did more than just what a journalist does.”
“As for journalists, if they do only journalist’s work, there is no reason to arrest them,” Zaw Min Tun reportedly said. “We have to detain him under the present circumstance for the time being.”
CNN has reached out to Myanmar’s military for comment.

Campaign to free US citizen

Life in post-coup Myanmar has become near impossible for media workers, with many forced into exile abroad or fleeing to rebel-controled areas in the jungles.
The junta has also attempted to silence the country’s media by revoking independent publishing and broadcast licenses, raiding newspaper offices and targeting journalists for arrest. Despite the dangerous conditions, many of Myanmar’s journalists and media outlets continue to report, often from safehouses or from outside the country.
Fenster’s family is tirelessly campaigning for his release. They are calling on the Biden Administration and US Department of State to secure his release and return to the US.

In September, US State Department spokesman Ned Price said the US remains “deeply concerned” about Fenster’s continued detention.
“Journalism is not a crime. The detention of Danny Fenster and other journalists constitutes an unacceptable attack on freedom of expression in Burma,” he said, using another name for Myanmar. “We continue to press Burma’s military regime to release Danny immediately. We will do so until he safely returns home to his family.”
Source: Read Full Article