Good morning! Welcome back to 10 Things in Politics. Sign up here to receive this newsletter.

Here’s what we’re talking about: 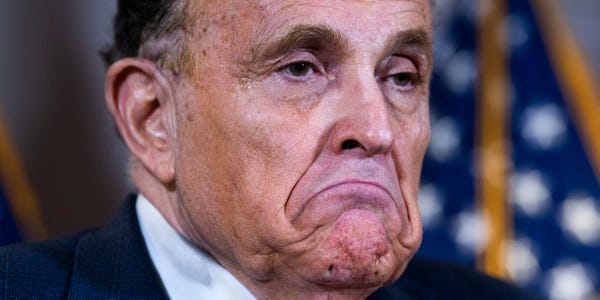 1. LEAVE IT TO RUDY: Wednesday was supposed to be all about President Joe Biden, as he delivered a primetime address to a joint session of Congress. (More on that later.) But Biden had to share the spotlight after the Department of Justice made explosive headlines by executing a search warrant on Rudy Giuliani.

Biden’s speech was forced to compete with the DOJ’s Giuliani inquiry. Here’s what Democratic insiders told us:

Here’s how Trumpworld has reacted to the DOJ’s Giuliani investigation.

Plus, the Giuliani investigation is bringing heat on lobbyists with foreign clients. In the months leading up to the search, the DOJ had sent a “blizzard” of requests for information from some of these firms. We have the details here. 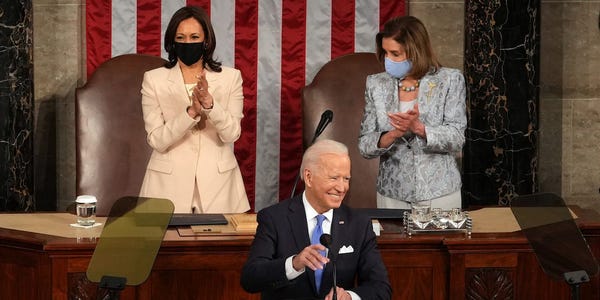 3. There’s a double standard when it comes to weed in Washington: In Biden’s White House, using marijuana is a fireable offense, and some staffers were recently fired for weed use. But a few miles away on Capitol Hill, staffers have no problem getting high and keeping their job. More than a dozen current and former Capitol Hill staffers have told us that few, if any, offices require drug testing or ask staffers about their previous use.

Here’s how attitudes differ on weed across Washington.

4. What Biden’s plan actually means for average taxpayers: Biden’s proposed tax plan could raise taxes on the wealthiest Americans — but only about a third of the top 1% would see the effects. So what does this mean? Insider looked at tax data from the IRS to find out how many people the plan would affect. See our full breakdown here, in a chart. 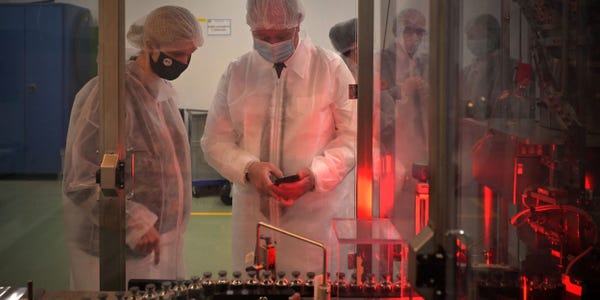 6. Democratic senators urge US pharma companies to share vaccine technology: In the next few weeks, more than half of Americans will have received at least one dose of a coronavirus vaccine. If current trends continue, much of the developing world won’t have a shot until 2022. Senate Democrats — including Elizabeth Warren — are asking vaccine makers what their plans are to share intellectual property.

9. Today in Twitter feuds: Sen. Ted Cruz of Texas and the “Daily Show” host Trevor Noah duked it out on social media. In a video, Noah lamented that New York lost a congressional district after the 2020 census: “This is unbelievable. You’re telling me that if just 89 more New Yorkers had filled out their census, the state wouldn’t have lost a House seat?”

Noah then quickly pivoted to mocking a picture of Cruz wearing a baseball hat, prompting a response from the senator. More tweets followed. Here’s what went down. 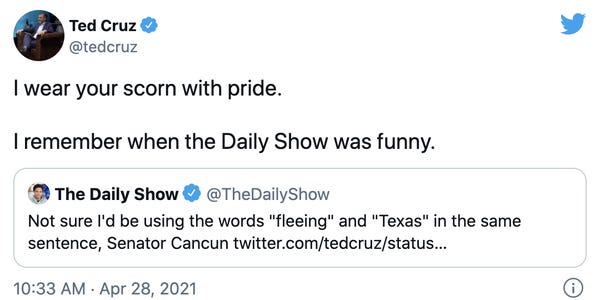 10. A man who was “trapped” on a reality-TV show has been freed: Vladislav Ivanov was working on Produce Camp 2021 as a translator when producers asked him whether he’d like to be part of the cast. Ivanov agreed, but he regretted his decision — and fans wouldn’t vote him out.

On the show, performers compete for a spot on an international boy band. Per his contract, Ivanov was unable to leave, so he performed poorly and begged viewers to send him home: “Please don’t make me go to the finals, I’m tired.” See his performance here.

Today’s trivia question: Which president enacted the most laws during his first 100 days in office?

Compiled by Lisa Ryan and Jordan Erb, filling in for Brent Griffiths.