In a small office in South Melbourne, a biotech startup is working to solve the number one challenge facing mRNA therapies like COVID-19 vaccines: how to keep them stable outside of ultra-low temperatures.

Messenger-RNA drugs are the new showstopper in medical innovation, with vaccines from Pfizer and Moderna leading the way in the fight against COVID-19. But the requirement to store these products at consistent, and often very low temperatures, creates big challenges for distribution. 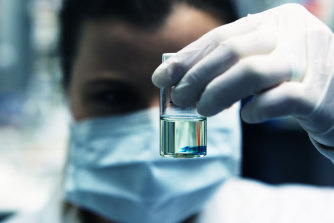 The team at Upkara, a spinoff startup from research developed with scientific accelerator SomnioGlobal, think they have the answer to this problem.

The business now has staff in Melbourne and the United States, and is working to commercialise its proprietary technology that helps protect the structure of an mRNA molecule, the critical piece of genetic instruction in vaccines and other treatments.

Jon Evans, the CEO of Upkara’s Australian operations, says the group’s technology “preserves mRNA in a way that nothing else can at the moment” and could allow vital vaccines and medicines to be distributed more easily to countries that lack strong refrigeration infrastructure or where drugs need to travel large distances.

The technology could be added to the production process for new therapies in future so that the final product can withstand greater variation in temperatures.

“I think people don’t quite properly grasp yet the role that mRNA will play in all sorts of therapeutics,” he said.

“And for some countries, they will never be able to get access to mRNA because they don’t have access to the refrigeration.”

mRNA molecules deliver instructions to cells and are the key piece of coronavirus vaccines and other therapeutics because they can tell the body how to create an immune response. They are extremely fragile, however, and don’t respond well to being exposed to sudden changes in temperature.

The pharmaceutical industry is currently toying with a process akin to “freeze drying” mRNA to preserve them in a range of temperatures, but this is tricky to get right and can result in destroying the molecule.

Upkara’s technology puts the mRNA into a gel-like substance that does not change its structure in any way, and allows it to be easily reconstituted later. Early tests of the technology showed it protected the structure of mRNA in tests at up to 55 degrees for 14 days. 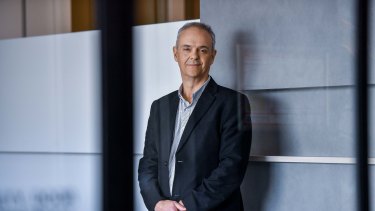 The company championed the Victorian government’s announcement last week of plans to launch mRNA manufacturing in Australia, with Mr Evans saying the plan gives the company a strong head start in bringing the technology to market – which may take another 12 to 18 months.

Doherty Institute epidemiologist Professor Terry Nolan said Upkara’s mRNA storage solution is the best idea he has come across so far for solving the temperature challenges for these kinds of therapies.

“The whole point about it is you don’t freeze the mRNA [with this method], which could potentially destroy the molecule,” he said.

Professor Nolan said with the government’s focus on mRNA technologies, it was important to remember that local startups could generate big local returns from working on these types of problems.

“The economic case for this is very, very lucrative,” he said.

Australia’s current focus on mRNA has centred on its role in developing coronavirus vaccines, but across the country biotech companies are looking well beyond this one application.

Genomics firm GenieUs, which is working on treatments for Amyotrophic Lateral Sclerosis (ALS), is already thinking about how messenger-RNA therapies could be used to treat the disease.

Co-founder and chief executive Matt Keon said the company has isolated two specific mutations in ALS patients that affect how cells communicate, and will soon start a research project in cell models to see if they can correct this.

Mr Keon said Australia had strong research expertise in this field, and funding for manufacturing would enable more startups to stay onshore longer rather than looking for overseas partners to commercialise their ideas.

“There is absolutely a vibrant research and discovery element [to the industry]. Where it has halted is the manufacturing step,” he said.

“Anything we can do to bring manufacturing a local level and state level can help in terms of research activities as well as business activity.”

Start the day with major stories, exclusive coverage and expert opinion from our leading business journalists delivered to your inbox. Sign up here.