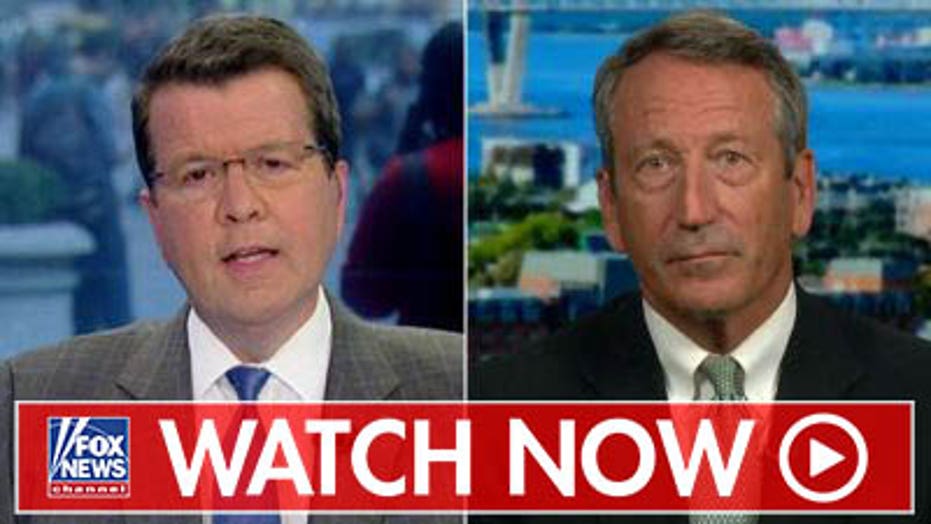 The burgeoning debt is bringing America closer toward a very predictable financial meltdown, Sanford, who is challenging the president in the 2020 Republican primary, asserted Wednesday on "Your World with Neil Cavuto."

"We have a profound spending and debt problem in this country," he said. "It should alarm every conservative out there, and the president himself said, 'If you elect me, I will eliminate the debt.'"

He continued: "Instead, the numbers have been going in the reverse direction and we're not having a conversation on it. I think we're walking our way toward the most predictable financial crisis in the history of our country if we don't address this, which is why I'm running."

The former congressman also responded to Trump naming him one of "The Three Stooges" challenging him for the party nomination – along with former Massachusetts Gov. William Weld and ex-Rep. Joe Walsh, R-Ill.

"I think that's what elections are about," he said. "That's what the voters ultimately decide in these equations."

When asked by host Neil Cavuto from which budgets he would cut, Sanford replied, "everything."

"You can only squeeze but so much blood from a turnip, and I think we ought to leave the taxpayer alone," he added.

Earlier this week, Trump mocked a Sanford spokesman's 2009 claim the then-governor was hiking in Appalachia when he disappeared for several days from the Capitol in Columbia, S.C. It was later discovered he had traveled to Argentina to meet María Belén Chapur.

“But now take heart, he is back, and running for President of the United States," Trump said. "The Three Stooges, all badly failed candidates, will give it a go!”

Hot Pockets Heiress Next in College Admissions Scandal Spotlight
We and our partners use cookies on this site to improve our service, perform analytics, personalize advertising, measure advertising performance, and remember website preferences.Ok