Lack of fossil fuels is making the world a worse place: Alex Epstein

Here are the key events taking place on Tuesday that could impact trading.

ECONOMIC REPORT DUE: At 8:30 a.m. ET, the Commerce Department is out with the U.S. trade balance for October.

The monthly deficit in goods and services is expected to widen for the second month in a row and the second time in seven months to $80.0 billion, the largest since May.

For context, the deficit hit a record $106.9 billion in March on huge demand for imported goods and rising prices tied to inflation (that record trade gap was largely to blame for the 1.6% contraction in 1Q GDP). 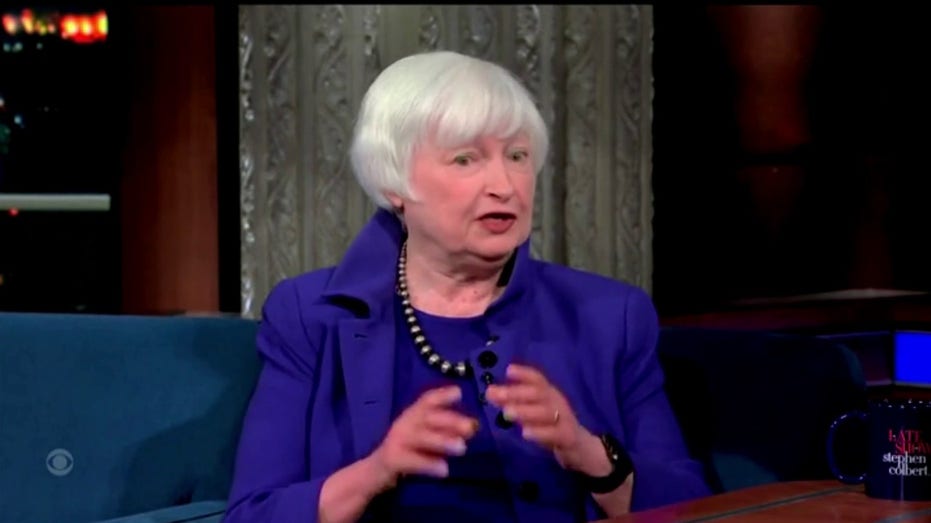 DAILY STOCK REPORT: Stocks tied closely to the health of the U.S. economy dropped sharply Monday despite strong data, a sign of the intense market fixation with the risk that the Federal Reserve will continue to raise interest rates throughout the next year.

Shares of big regional banks, which are particularly sensitive to the economic outlook, were among the biggest decliners. PNC Financial Services dropped 6.8%, Citizens Financial Group fell 5.3% and Regions Financial declined 5.1%.

Fed officials have signaled plans to raise their benchmark interest rate by 0.5 percentage point at their meeting next week, which would mark a slowdown from recent meetings. 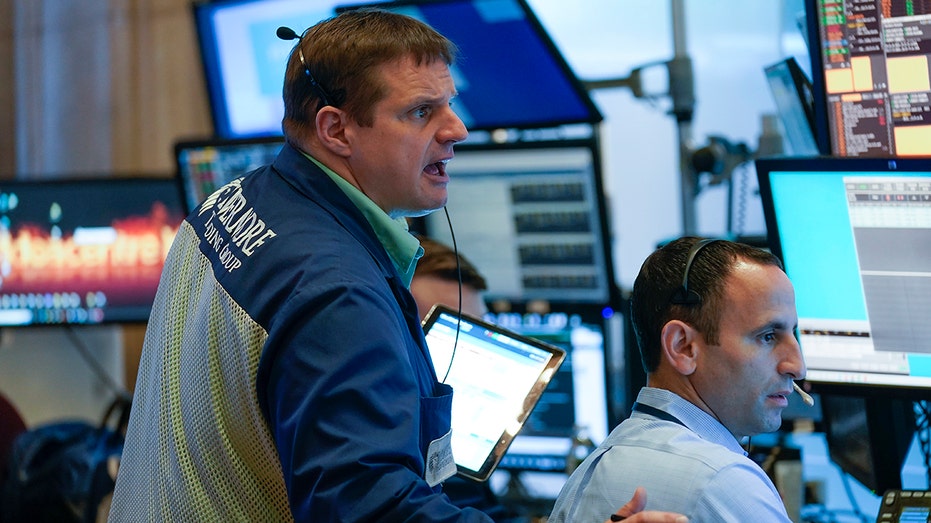 But elevated wage pressures could lead them to continue lifting it to higher levels than investors currently expect, The Wall Street Journal reported Monday.

That move would likely keep stocks under pressure, with investors fretting about rates remaining higher for longer.

The November rally, during which both stocks and bond prices rose, in itself was enough to make a giveback kind of day like today inevitable, said David Kelly, chief global strategist at JPMorgan Funds. "We were due for some sort of relapse," he said.

Investors had been focused more on good news and betting on a more dovish Fed, said Karl Chalupa, chief executive and co-founder of Gamma Investment Consulting. But he sees the economy slowing and expects equities will turn lower after the holidays.

"The market was trading on rosy news," he said. "From our perspective it's not going to be realized."

MARKETS WINNERS & LOSERS: Shares of Tesla fell $12.41, or 6.4%, to $182.45 after Bloomberg and Reuters reported the electric-vehicle maker plans to cut production at its Shanghai plant in December.

Shares of VF, parent of brands including The North Face and Vans, dropped $3.71, or 11%, to $29.51 after the company cut its revenue and earnings outlook and said Chairman and Chief Executive Steve Rendle would retire.

Meanwhile, in Europe, the Stoxx 600 slipped 0.4% and the CAC 40 fell 0.7%, while the FTSE 100 rose 0.1%. Asian markets were also in focus as local Chinese authorities took more steps to ease strict COVID-19 policies that have crimped the country's growth. 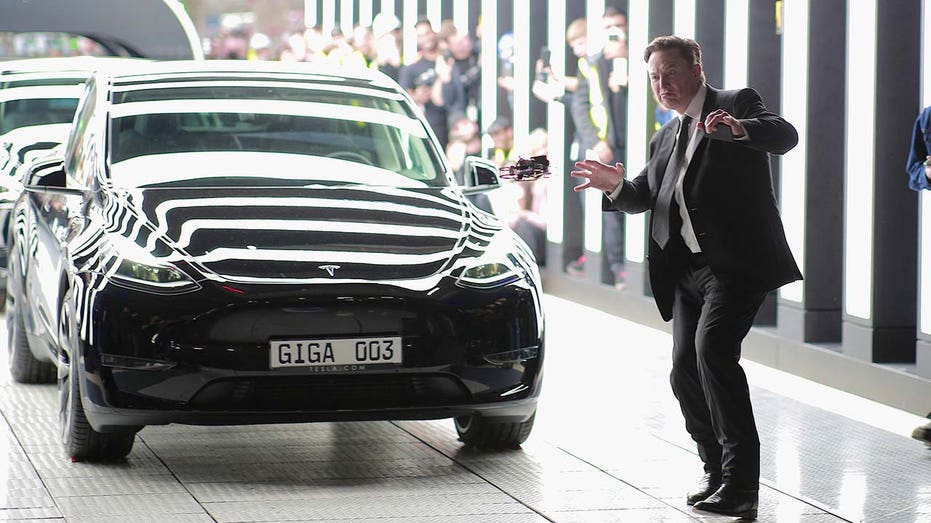 The CSI 300 Index, a gauge of the largest listed companies in mainland China, rose 2% to its highest level since mid-September.

Over the weekend, Shanghai scrapped a requirement for residents to show negative PCR tests to take public transportation or enter public outdoor venues. Hangzhou, the home city of Alibaba, also loosened some restrictions.

Investors have increasingly focused on China's COVID-19 policies over the past month, leading to big rallies and occasional slides in stock prices.

"We have this happy congruence with more and more easing in COVID policy, " said Redmond Wong, a strategist at Saxo Markets Hong Kong. That is making a stronger Chinese economic rebound next year more likely, he said.

The Hang Seng Tech Index, which has many Chinese internet stocks, soared 9% Monday.

The optimism could help lift stocks through the first half of 2023, said Chetan Seth, an Asian equity strategist at Nomura.

But there is a caveat. He said should China continue to open up, caseloads could shoot up, leading to rising death rates.

"This is exactly what we saw in some other markets globally in their initial phases of reopening," Seth said.

US SERVICES-SECTOR ACTIVITY: Stocks fell to session lows and bond yields spiked after a stronger-than-expected report on U.S. services-sector activity fueled concerns that the Fed will keep interest rates higher for longer.

Services-sector activity expanded more than anticipated in November, lifting off the slowest pace since December 2020.

The services-sector activity report, released by the Institute for Supply Management, provided non-manufacturing PMI for November.

US, EU AGREE TO INTENSIFY TALKS ON 'GREEN SUBSIDIES' DISPUTE 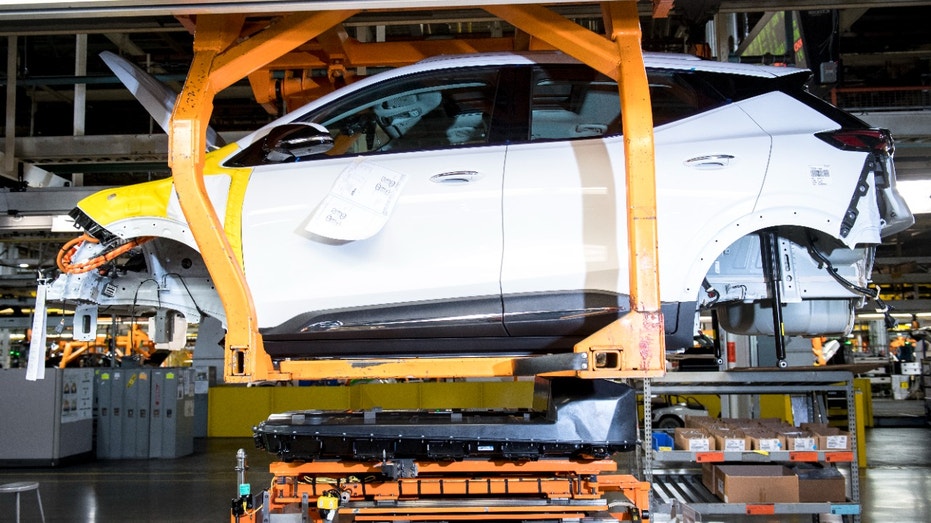 A battery moves beneath a a Chevrolet Bolt EUV in production during the battery install line of production at Orion Assembly in Lake Orion, Michigan on July 21, 2021. (Nic Antaya for The Washington Post via Getty Images / Getty Images)

The index has trended lower since hitting a record-high 68.4 last November (50 is the dividing line between an expanding and contracting services sector).

In October, the prices-paid component rose for the first time in six months to 70.7, bouncing off the lowest level since January 2021.

Americans counting on a tax refund in 2023 should prepare for the likelihood of a smaller payment, according to the Internal Revenue Service.

WAITING FOR THE TAXMAN: Taxpayers typically receive a refund if they had too much money withheld and overpaid their taxes the previous year. For many families, the money can be substantial: Nearly three-quarters of filers received a tax refund in 2022, with an average payment worth about $3,176 – up from about $2,800 in 2021.

However, the IRS is now warning taxpayers to brace for a smaller refund next year because there were no stimulus payments delivered by the federal government in 2022. In 2021, the IRS delivered a third round of stimulus payments worth up to $1,400 per person. Eligible Americans could claim unpaid funds on their tax return.

"Refunds may be smaller in 2023," the IRS said in a November news release about preparing for the upcoming tax season. "Taxpayers will not receive an additional stimulus payment with a 2023 tax refund because there were no economic impact payments for 2022." 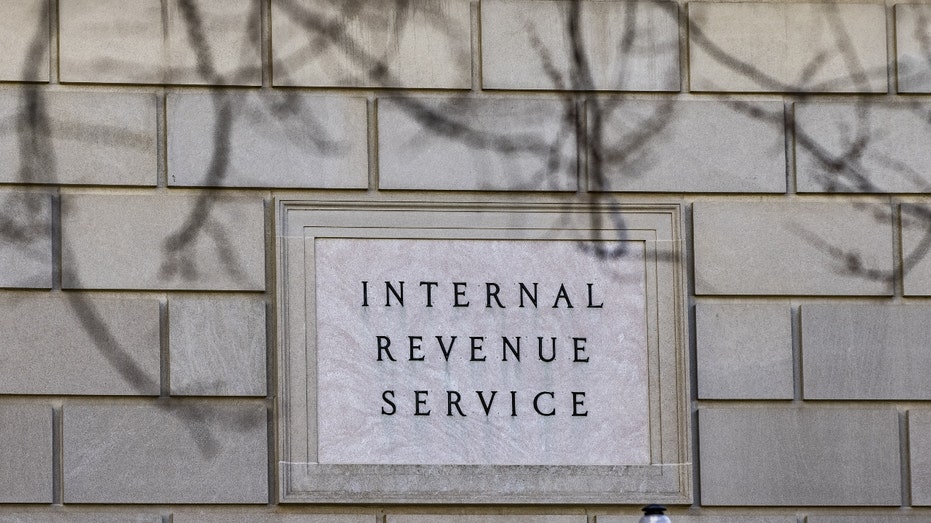 The agency also noted that a pandemic-era exception in 2020 and 2021 that allowed individuals taking the standard deduction to claim a tax deduction of up to $300 for cash donations has expired.

"The IRS cautions taxpayers not to rely on receiving a 2022 federal tax refund by a certain date, especially when making major purchases or paying bills," the agency said. "Some returns may require additional review and may take longer."

That can be concerning to millions of Americans who depend on the influx of money from Uncle Sam to make major purchases, save for retirement or pay off debt. In 2022, nearly half – 46% – of taxpayers said they relied on their refund to help cushion their finances, according to a LendingTree survey.