The dreaded ‘doom loop’ is back on the agenda

With the pandemic still raging across Europe there’s been a revival of interest and discussion about a concept borne out of the 2008 global financial crisis. Analysts, commentators and bank regulators are again talking about the dreaded “'doom loop'”. 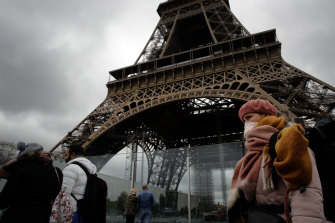 The pandemic has revived interest in the “doom loop” because European governments, like their counterparts elsewhere, have been gorging on debt as they try to mitigate the economic and social effects of COVID-19.Credit:AP

The expression emerged out of the sovereign debt crisis that nearly engulfed southern Europe, most notably Greece, a decade ago when Greece came perilously close to defaulting on its sovereign debt and had to be bailed out by the International Monetary Fund, the European Central Bank, other Eurozone economies and, via a haircut on their loans, private investors. Its major banks had to be recapitalised by the state.

The eurozone debt crisis of 2010-11 was borne out of the excessive debt burdens of the southern European governments and the nexus between that indebtedness and their also-fragile banking systems, which were over-loaded with bad debts and badly under-capitalised after the 2008 crisis.

The 'doom loop' refers to the symbiotic relationship between governments and their banks, which were major holders of their governments’ debt.

Sovereign debt is deemed by bank regulators to be risk-free and, if it is held in the home currency and within a bank’s “held-to-maturity” portfolio, unlike other assets doesn’t have to be supported by bank capital or marked to market.

The financial crisis in 2008 hit southern European governments hard; none harder than Greece when it was revealed it had gone to some lengths to disguise the real level of its government debt and deficits, which were unsustainably high.

After the 2008 financial crisis and the 2010-11 debt crisis there was a lot of talk in Europe about banking reform, and a lot of research and discussion papers issued, but little substantial progress in addressing the core vulnerabilities exposed by the crises.

That triggered a panic in bond markets – the yields on Greece’s sovereign bonds soared above 30 per cent – as fears rose that the country would default on its debt.

That in turn triggered a spate of downgradings of the Greek banks, with their over-exposures to their government’s debt that resulted in a huge spike in their own borrowing costs, a credit crunch and, simultaneously, a banking and sovereign debt crisis.

With the Greek government forced to introduce extremely harsh austerity measures, it also nearly led to “Grexit,” or Greece quitting the eurozone. Given that other southern European countries – Italy, Spain and Portugal (and Ireland) were also in similar, if not quite as dire, circumstances it could have blown up the eurozone.

The debt crisis across southern Europe highlighted the inter-connectedness of the governments’ finances and their banks,” the less-than-virtuous cycle that bound their fates. Hence the 'doom loop'.

The pandemic has revived interest in that loop because European governments, like their counterparts elsewhere, have been gorging on debt as they try to mitigate the economic and social effects of COVID-19. 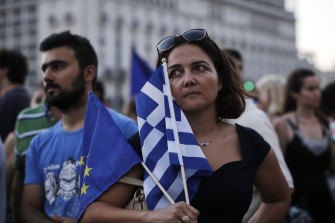 While it might be improbable that Italy, or Spain or Greece will default on their debt, or be allowed to default by the rest of the eurozone, the risks of another financial crisis in Europe are rising.Credit:Bloomberg

With central banks, including the European Central Bank, pumping out low-to-no-cost cash, governments across the globe added more than $30 trillion to their debt levels last year in the biggest peacetime buildup of sovereign debt in history. The global debt-to-GDP ratio increased 35 percentage points to 355 per cent. That’s a process that is continuing.

In Europe, according to the ECB, eurozone banks bought about €200 billion ($310 billion) of sovereign debt in their own economies in the year to September – i.e. in the first six months of the serious fiscal response to the pandemic.

That’s a near 20 per cent increase in their sovereign debt holdings, which amounted to €1.2 trillion. Subsequently those holdings have increased to more than €2 trillion.

Some of the major banks in southern Europe now hold the equivalent of more than 80 per cent of their core equity (their common equity tier one capital) in sovereign debt.

While it might be improbable that Italy, or Spain or Greece will default on their debt, or be allowed to default by the rest of the eurozone, the risks of another financial crisis in Europe are rising.

Debt-to-GDP ratios are climbing rapidly – Italy’s is forecast to be around 160 per cent this year, Spain’s is about 115 per cent and Greece’s is close to 200 per cent — as the pandemic and their fiscal responses cause their economies to shrink and their debt levels to rise.

In the near term the increased debts are sustainable for the governments and their banks because the ECB has driven down interest rates to historic lows and has been buying the bonds of the most heavily-indebted governments to keep their borrowing costs low.

The banks have been able to access funding from the ECB at negligible-to-negative rates and therefore run a positive carry trade on their purchases of sovereign bonds. 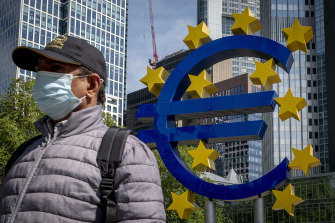 European central bankers and regulators are understandably anxious to ensure that that the unpleasant and destabilising experiences of 2010-11 aren’t repeated.Credit:AP

If their economic recoveries are slower to arrive and weaker than anticipated; if there is an explosion of non-performing loans once the pandemic relief starts to be removed; if a sovereign’s debt is downgraded (which would flow through to its banks) or if there is an inflation break-out in the US that forces the Federal Reserve to start raising rates, with global spill-over effects, there is potential for a market-driven spike in sovereign debt yields and the triggering of the 'doom loop'.

After the 2008 financial crisis and the 2010-11 debt crisis there was a lot of talk in Europe about banking reform, and a lot of research and discussion papers issued, but little substantial progress in addressing the core vulnerabilities exposed by the crises.

The global banking reforms in response to the 2008 financial crisis have strengthened eurozone bank balance sheets but the connection and mutual dependence between the finances and stability of those banks and their governments is now even stronger than it was a decade ago, with the pandemic amplifying the risks of the relationships.

The pandemic-inducted explosions in sovereign debt and in the bank holdings of that debt explain the renewed interest in the 'doom loop' by, not just external commentators, but European central bankers and regulators understandably anxious to ensure that that the unpleasant and destabilising experiences of 2010-11 aren’t repeated.

Start the day with major stories, exclusive coverage and expert opinion from our leading business journalists delivered to your inbox. Sign up here.