Supply chain crunch has Americans in a scramble. Find out why 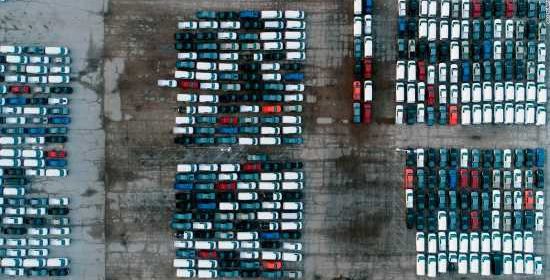 What’s happening: More than half of the companies in the S&P 500 have reported results. According to FactSet, 82% have beat Wall Street’s profit expectations. That’s helping to produce a “greed” reading on the CNN Business Fear & Greed Index.
“Analysts also expect earnings growth of more than 20% for the fourth quarter and earnings growth of more than 40% for the full year,” FactSet analyst John Butters said in a note published Friday. “These above-average growth rates are due to a combination of higher earnings for 2021 and an easier comparison to weaker earnings in 2020.”

But dig a bit deeper into the results, and a more complicated story emerges, according to David Bianco, chief investment officer for the Americas at DWS Group. In some ways, the picture reflects the gap in performance that opened up during the pandemic between digital businesses and the rest.

“For third quarter earnings, you’re seeing some disappointments from the physical side of the economy,” Bianco told me.

Banks and technology companies are largely unfazed by snarled supply chains and worker shortfalls. They’re “blowing earnings away,” Bianco said.
Manufacturers, retailers and restaurants, meanwhile, are telling investors that they didn’t get to fully deliver on the surge of demand, while providing reassurances that next year will be better.
“It’s really the intangible businesses versus the tangible businesses,” Bianco said.
Microsoft (MSFT), for example, is riding high on the strength of its cloud business and demand for workplace collaboration software. It said last week that it earned $20.5 billion in its most recent quarter, up 48%.
General Motors (GM), meanwhile, said that revenue plunged nearly 25% despite record high car prices, as shortages of computer chips hit production.
“We’re selling everything we can sell,” GM CEO Mary Barra told analysts.
Businesses that straddle the physical and the digital economy — including Apple (AAPL) and Amazon (AMZN) — indicated that they were getting battered by supply chain problems, too.
That said: As the FactSet data indicates, inflation and shipping woes do not seem to be hurting corporate profits. Margins have held up because of strong sales and investment in tech that boosts efficiency — and, of course, because companies are hiking prices when needed.
“For all the handwringing about inflation and supply chain shortages hurting margins, [third quarter] results so far tell a more nuanced and upbeat story,” Nicholas Colas, cofounder of DataTrek Research, said in a note to clients Monday.

The chief executive of Barclays (BCS), Jes Staley, is immediately stepping down following an investigation by British regulators into his relationship with disgraced financier Jeffrey Epstein.
Step back: The investigation by the Financial Conduct Authority and the Bank of England’s Prudential Regulation Authority was disclosed by Barclays in early 2020, my CNN Business colleague Mark Thompson reports. It focused on how Staley had characterized the relationship to his employer. 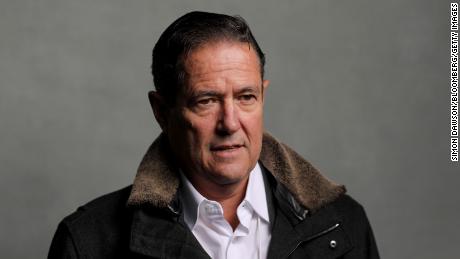 Barclays and Staley were made aware on Friday evening of the preliminary conclusions of the probe.
“In view of those conclusions, and Mr. Staley’s intention to contest them, the board [of Barclays] and Mr. Staley have agreed that he will step down from his role as group chief executive and as a director of Barclays,” the bank said in a statement on Monday.
“It should be noted that the investigation makes no findings that Mr. Staley saw, or was aware of, any of Mr. Epstein’s alleged crimes, which was the central question underpinning Barclays’ support for Mr. Staley following the arrest of Mr. Epstein in the summer of 2019,” the company added.
Staley had been running Barclays since late 2015. Before then, he worked for more than 30 years at JPMorgan, where he served as head of its investment banking division. His relationship with Epstein — a multimillionaire and convicted pedophile who was charged with sex trafficking by US federal prosecutors — dated back to 2000, when he became head of JPMorgan’s private bank.
“The relationship was maintained during my time at JPMorgan, but as I left Morgan it tapered off quite significantly,” Staley told reporters on a call in February 2020. Staley had told the Barclays board that he had no contact with Epstein since becoming Barclays CEO in December 2015.
Susannah Streeter, an analyst at UK broker Hargreaves Lansdown, said “it appears regulators believe there was a distinct lack of transparency over this relationship.”
“It’s understood Mr. Staley will contest the conclusions, and clearly the board want to distance Barclays from what could be a long drawn out process,” she continued.
Investor insight: Barclays shares fell by as much as 3.7% in London and were last trading down 1.5%. They’ve jumped 35% so far this year, part of a broader rally in bank stocks fueled by the economic recovery.

The box office is back. Movie theater stocks aren’t … yet

After a long and painful lull during the pandemic, people are going to the movies again.
October was the highest grossing month for the US box office this year, my CNN Business colleague Frank Pallotta reports. Theaters brought in more than $600 million in ticket sales thanks to big premieres like “Venom: Let There Be Carnage,” “No Time to Die” and “Dune.”
There’s more: AMC Entertainment (AMC) said that revenue from theater admissions in October was the highest since February 2020. Rival Cinemark (CNK) also reported that October “was the company’s highest grossing box office performance month in the Covid era.”
“I am thrilled that we have reached a new milestone within the industry’s recovery, delivering our best monthly box office performance since the reopening of our theaters,” CEO Mark Zoradi said in a statement.
Movie theater stocks are still lagging the broader market. AMC Entertainment shares dropped 7% last month, while Cinemark fell 2%. Big screen theater operator IMAX (IMAX) also dipped. The S&P 500, meanwhile, rallied almost 7%.
But the holiday season could deliver a boost — if the momentum holds. Upcoming releases include Marvel’s “Eternals,” “Ghostbusters: Afterlife” and “Spider-Man: No Way Home.”
“Large debuts signal growth in the right direction, but cinematic sustainability needs to see improvement moving forward,” said Jeff Bock, senior analyst at entertainment research firm Exhibitor Relations.