LONDON (Reuters) – The pound fell to a two-month low against the euro on Friday as Brexit talks and speculation about negative interest rates in Britain continue to weigh on sterling, which also fell against the dollar. 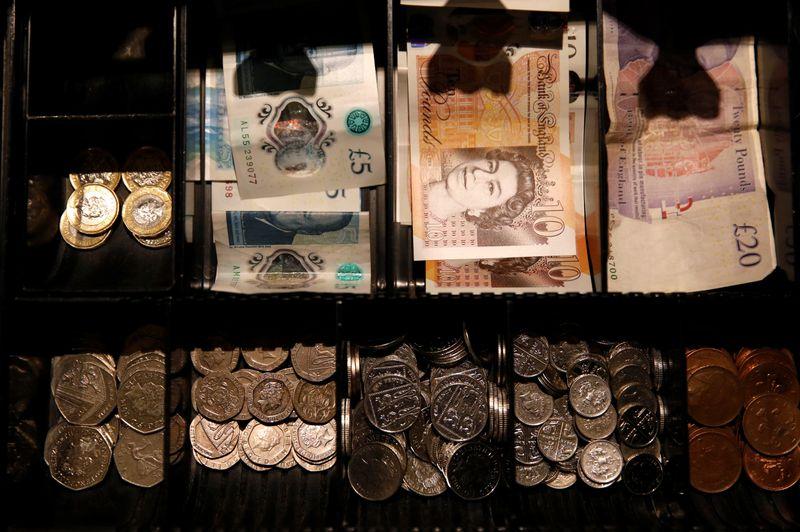 Brexit talks about a trade deal with the European Union have not gone well, with the clock ticking on a Brexit transition period that runs out at the end of the year.

On Thursday, the EU’s chief Brexit negotiator, Michel Barnie, called on Britain to be more realistic if it wants to clinch a deal on leaving the single market.

While the Bank of England’s chief economist, Andy Haldane, said the central bank was not close to implementing negative rates, money markets are already pricing them in.

A coronavirus-induced recession and growing debt are also holding down the pound.

“The medium-term outlook remains negative for sterling as the no-deal Brexit anxieties will likely curb the appetite before the 1.25/1.2515 area,” said Ipek Ozkardeskaya, senior analyst at Swissquote Bank in a note to clients.

Boris Johnson announced on Thursday that the coronavirus lockdown will ease next week for most of Britain’s population as England introduced a testing and contact tracing system for COVID-19 patients.

In England, up to six people will be able to meet outside and schools will gradually reopen from Monday.

But the announcement has not been enough to lift the mood after Bank of England policymaker Michael Saunders said Britain’s economy is unlikely to recover fully in the next two to three years. Even as the lockdown eases, fears of further job losses, companies going bust and a possible second wave of COVID-19 infections weigh on the economy.

British business confidence fell in May to its lowest since the 2008 financial crisis, according to a survey for Lloyds Bank.

The country has the worst COVID-19 death toll in Europe..