Silicon Valley pacemaker startup EBR Systems expects Australia’s strong research focus on heart disease will be a fertile environment to develop the products it hopes will solve one of the world’s biggest global health problems.

EBR, which is working on a new kind of “leadless” pacemaker system called WISE, listed on the ASX on Wednesday morning with backing from high-profile local investors including Mark Carnegie’s M.H. Carnegie and Co., Brandon Capital and super funds such as HostPlus and TelstraSuper. 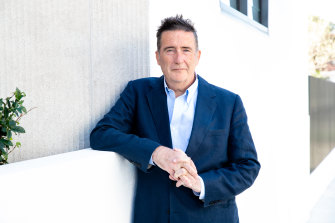 Mark Carnegie is a long-time backer of EBR Systems, which hit the ASX on Wednesday with a market value of about $344 million based on its IPO price. Credit:Edwina Pickles

The stock wobbled slightly at the open, dipping from its $1.08 offer price down to 96c before trading at its listing price again in early afternoon.

Chief executive John McCutcheon, who is based in Sunnyvale, California, says the medtech is in the Australian market for the long haul and “could be a very successful ASX company for a very long time”.

EBR’s products aim to offer pacemaker technology to patients who cannot access products currently on the market. Many pacemaker devices use leads to deliver electrical impulses to heart tissue and regulate its beating.

The WISE product is a “wireless” technology which is powered remotely and can be implanted inside of the left ventricle, helping patients who cannot receive pacemakers with leads or who have had a lead break in the past. 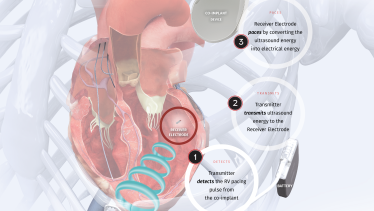 How the EBR Systems’ WISE technology works in the heart.

The company hopes to submit full data from its ongoing trials to the US Food and Drug Administration in 2023, paving the way for a possible regulatory approval that same year.

Chris Nave, EBR investor and founding partner of Brandon Capital Partners, said the business had received a number of offers from US blank cheque companies, so-called SPACs, to buy it and list it on the Nasdaq.

However, EBR’s strong links to Australia, including through clinical trial work and a strong local investor base, persuaded it that the Australian sharemarket was a better choice.

“We [local investors] already owned more than half the company, so it just made a lot of sense,” Dr Nave said.

Mr McCutcheon said the local bourse was more attractive than the Nasdaq, where investors have more of a short-term focus than in Australia.

“There are a lot of experienced investors in life sciences and medtech [in Australia], he said. “It seemed like a really hospitable place for us to go.” 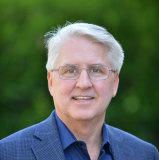 “A lot of our leading cardiologists are also researchers,” he said. “It’s why a lot of the big industry looks to Australia for a lot of their cardiology trials.”

He reiterated comments from Mr Carnegie in recent days that EBR could eventually become a multi-billion dollar biotech, equalling or surpassing local giants such as Cochlear.

Heart-focused medical device companies have made big progress over the past six months, with coronary artery disease tracker Artrya also scheduled to hit the ASX boards this week.

They are also increasingly attracting venture capital backing. Earlier this year, Blackbird Ventures bought into AI-business Vexev, which is developing an ultrasound robot to track artery disease that can lead to heart attacks or strokes.