A prominent Australian fund manager overseeing investments worth over $5 billion says it has sold out of Chinese stocks completely and will not re-invest in the country until the ruling Communist Party provides more clarity around the regulatory crackdown against its major corporates.

Melbourne-based Munro Partners had previously invested up to 15 per cent of its portfolio, or $750 million, into Chinese equities, including stakes in tech giants Tencent and Alibaba. But chief investment officer Nick Griffin said the firm’s stakes in all Chinese companies were divested over the first half of this year due to rising investment risks. 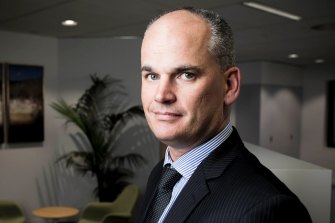 “We’ve been a huge fan of the China opportunity for years. We think it’s a great opportunity, we’d love to come back. But as far we’re concerned the lines have been crossed, and we won’t come back until we see something to suggest the capital will be looked after,” Mr Griffin said.

The Chinese government has embarked on a major crackdown on its homegrown corporates, starting with banning Ant Group’s initial public offering last November and expanding to the technology and education sectors, with new rules that force companies to undergo security audits or ban foreign capital.

“The education sector turned from for profit to not-for-profit in the space of a weekend. These companies fell 90 per cent in three days. They were not small companies, $30 billion to $40 billion enterprises that went almost to zero in a weekend,” Mr Griffin said.

“Ultimately, we run our clients’ money. Our job is to find great opportunities and balance probabilities of risk and reward. We find it very hard to assess the probability of the risks here.”

Mr Griffin pointed to China’s telecommunications sector to explain how the government’s agenda can be detrimental to private sector growth, with companies like China Mobile and China Unicom spending “decades not making any money at all.”

“The reason is because they’re not allowed to. The government leans on them to subsidise the growth of the industry. They lean on the private sector when they don’t want to pay for it themselves,” he said. “The alternative narrative here is they’re going to start leaning on the tech sector to fund the next stage of growth.”

Munro Partners sold out of Facebook in January after the social media giant was hit with multiple lawsuits and faced greater scrutiny from lawmakers around the world. But Mr Griffin said re-entering US companies like Facebook would be easier than China at this stage.

“As much as you might think Facebook is doing the wrong thing, the reality is if I own Facebook shares, and the government decides to do something against it, Facebook can appeal to the courts. I know they will be treated fairly in the court of law,” he said.

“If I invest in Alibaba today, the government changes the rules and they have to accept it … So in the end it is really hard to value what I’m going to own in the long run.

“I’d remind people that you’re not investing in a country with checks and balances, you’re investing in a one-party state, that’s come to the fore. It’s just a different beast to buying an asset in Australia, Britain, Europe, or the US.”

Mr Griffin said he would like to return to China but not until there had been “significantly more clarity” around the government’s regulatory agenda. “We sincerely hope they continue to develop. Mathematically it’s probably the best investment opportunity in the world.”