“How to Beat Trump: America's Top Political Strategists On What It Will Take,” which was released Oct. 29, compiles interviews from political strategists and journalists, including Democrats David Axelrod, Donna Brazile and James Carville.

Publisher Judith Regan told The New York Post she blamed a “guilty-until-proven-innocent, cancel culture” for the low sales and stressed that Halperin shouldn’t be condemned to a lifetime of unemployment "for an accusation that’s 12 years old.” 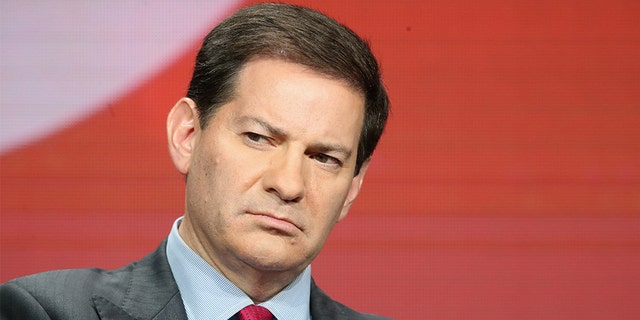 Mark Halperin was a political analyst for ABC News, NBC News and MSNBC before multiple women accused him of sexual harassment in 2017. (Getty Images)

"He’s tried to become a better person. He had a right to write it, and I have a right to publish it," she added. "He really has changed.”

The book was widely criticized when it was announced in August and many major news organizations have refused to do interviews with the author.

Halperin was fired from his contributor jobs at Showtime, NBC and MSNBC – he was a frequent guest on "Morning Joe" – after multiple women accused him of sexual misconduct, including allegedly grabbing former ABC coworkers’ breasts and pressing his clothed and erect penis against them.

He initially acknowledged he caused “pain” by pursuing “inappropriate” relationships with coworkers and in April he said he wanted to apologize again “to the women that I mistreated, who told their stories, and who were hurt by me."

Halperin’s book, "Game Change: Obama and the Clintons, McCain and Palin, and the Race of a Lifetime," which was co-authored with John Heilemann, sold more than 1 million copies after its release in 2010, according to The Hill.