‘Like walking into a wall of fire’: Anna Bligh’s life after politics

“When I first took on the role, it really felt like walking into a wall of fire,” says former Queensland premier Anna Bligh, recounting her move to the corporate world.

We are overlooking Sydney’s Balmoral beach on a warm December day and Bligh is talking about her 2017 move to a job representing Australia’s banks at a time of public fury over a series of banking rip-offs and scandals. 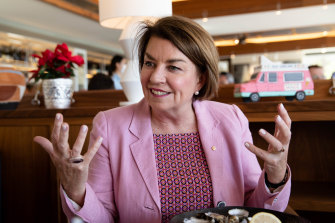 The ALP, the party in which Bligh had forged her political career, was demanding a royal commission, and Bligh’s job was to oppose this, and attempt to polish the banks’ badly tarnished image.

To an outsider, it looked like a striking change in a career that had spanned not only politics, but also the community sector, the public service and trade unions.

But Bligh, chief executive of the Australian Banking Association, says her move into the business world is not as big a shift as it might appear, as she’s always enjoyed “wrestling with big, gnarly, difficult problems”.

“Problems are problems wherever you find them,” she says.

She’s certainly had her fair share of those to get stuck into in banking – but more on that later.

We’re having lunch at Bathers’ Pavilion, which was suggested by Bligh, who lives in nearby Mosman, as a local favourite. She’s been a Sydneysider since late 2012 and often rides her Vespa to Balmoral for a swim, as the motorbike avoids the hassle of finding a parking spot. “I love swimming here. I love the surf, but this is very easy swimming and it’s a little bit warmer for a Queenslander,” she says.

It is in the frantic fortnight before Christmas, and the restaurant, with a gorgeous view looking out on swimmers and North Head, is noisy and packed.

Bligh explains how the 1920s-era pavilion was originally set up to provide facilities for swimmers: with men at one end of the building and women at the other. These days, the space includes a casual bistro and a fine dining option, where we are eating today.

The lunch is a three-course set menu and it’s time to order: Bligh opts for half a dozen oysters for her appetiser and coral trout for main, while I try the kingfish tartare followed by Murray cod with bush tomato. 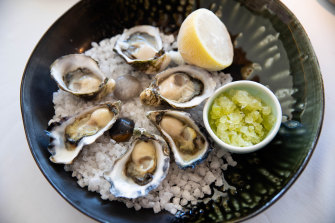 Mosman is home to plenty of finance executives, but it’s fair to say Bligh is not your typical banking lobbyist. She is the ABA’s first female chief executive, and she took the job without experience in the industry. What’s more, she has been leading the peak body through a period of massive change.

During her time in the job, banking has been rocked by the 2018 royal commission, which was ultimately called by then PM Malcolm Turnbull, despite the industry’s resistance. The inquiry uncovered all sorts of shocking behaviour, such as banks charging dead people for financial advice, and its consequences are still being felt today: banks are paying tens of millions of dollars to settle regulatory lawsuits.

Bligh doesn’t shy away from the fact there was serious misconduct, saying: “There was a lot of smoke and there was actually a fire.” In the years since the scandals were so powerfully brought into the public consciousness, she’s had the task of trying to implement changes aimed at gradually winning back the public’s trust.

Banks have tried to show they are up to the challenge during the COVID-19 economic turmoil, allowing struggling homeowners to temporarily freeze their mortgage repayments, among other relief measures. But Bligh is under no illusions about the long journey banks face, quoting the adage that “trust arrives on a tortoise and leaves on a galloping horse″⁣.

“We’re still very much in the tortoise phase,” she says. 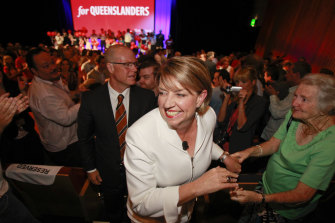 With so much work to be done, how long will she stick around in the job? “It still feels very much like unfinished business to me,” Bligh says, pointing to a host of other future challenges facing banks ranging from cryptocurrencies to climate change.

Bligh speaks deliberately, with the confidence and clarity you’d expect from a political veteran who spent 17 years as an MP. In her 2009 Queensland state election win, Bligh became the country’s first elected female premier, and gained national prominence when leading the state through its disastrous floods of 2011, before quitting politics after a landslide election loss the following year. 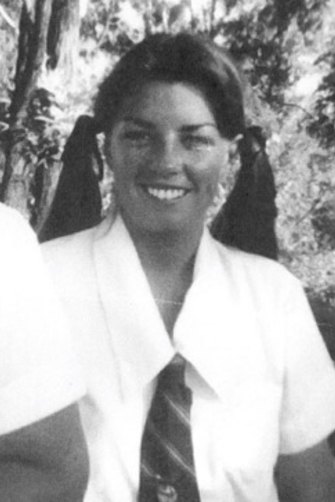 Anna Bligh during her high school years on the Gold Coast in the mid-’70s. Credit:Anna Bligh

Her political career followed a childhood on the Gold Coast in the 1960s and 1970s, at a time when its famous skyscrapers were starting to appear. She was the eldest of four children, and her 2015 memoir Through the Wall describes a hard environment at home: her father was a functioning alcoholic. She was raised by her mother after the couple separated when Bligh was 13.

Looking back, she says her upbringing made her take on responsibilities beyond her years, and it made her value the importance of being financially independent. “I think it made me much tougher than I otherwise would have been, stronger, and it made me aspire,” she says.

Women’s rights have been a key interest of Bligh’s throughout her political career and in her formative years at university: after graduating she worked at a refuge for women escaping domestic violence.

We digress from banking, and I ask Bligh what she makes of the recent report from the Sex Discrimination Commissioner Kate Jenkins, which underlines the poor treatment of women in federal parliament.

Becoming animated, Bligh says there’s no doubt the parliaments of Australia “have not been leaders” in this area, but there’s an opportunity to address this.

“I think it’s going to be very interesting, whoever wins the election next year, this issue’s not going to go away, and the recommendations from the Sex Discrimination Commissioner’s report need to become the agenda. Otherwise, it will all come back again,” she says.

“So to some extent I despair that things that I felt very confident in my 20s would soon be a thing of the past, are still bedevilling us.”

Since moving to the private sector, her experience is that harassment is generally dealt with better in the corporate world. “It’s a generalisation, but my observation and experience is that there are lots of behaviours that are still quite normal in political parties and parliaments that would be considered unacceptable and intolerable in corporate Australia,” Bligh says.

Bligh remains a close follower of politics, and we are meeting the day after Queensland has re-opened its state border, allowing people to reunite after they were kept apart by the tough COVID-19 rules. But while she understands the border closures have been “terrifically difficult” for people, she backs the tough stance taken by Labor Premier Annastacia Palaszczuk.

“I can totally understand it. I think it’s very different running a state which has almost no incidents, versus a state that’s dealing with a lot of cases,” she says. 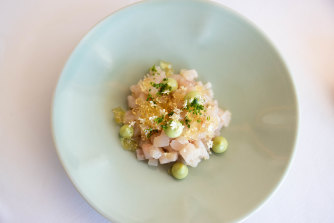 Although Bligh still proudly identifies as a Queenslander she has been living in Sydney since late 2012, when she moved here with former husband Greg Withers. She has two grown-up sons – Oliver and Joseph – and her 85-year-old mother Frances Tancred lives in Northern NSW.

When Bligh was in her early 50s in 2013, she faced the awful shock of being diagnosed with non-Hodgkin's lymphoma after finding a lump on her neck. It was successfully treated with surgery and chemotherapy, and she was declared cancer free in 2014. A five-year check-up in 2019 showed no signs of the disease.

Bligh describes the cancer scare as a shocking confrontation that forced her to think about her mortality and what was truly important in life. The answers included spending more time with friends and family, travelling and joining a book club, something that would have never been possible as a politician.

The cancer shock also underlined the importance to her of learning new things. This was another attraction of jumping into the new world of banking, and for the past 18 months, she has been learning Italian with one of her sons. “I can feel it stretching my brain,” she says.

In 2017, Bligh married Anthony Bertini, an entrepreneur and investor who also writes children’s books. She politely declines to go into this part of her personal life, but says they celebrated their wedding on the rooftop of the very restaurant we’re dining in: “It’s a beautiful location: what’s not to love?”

We conclude with a few more questions on politics: I’m interested to know what she thinks of Gladys Berejiklian’s resignation after ICAC launched a probe over her relationship with disgraced former MP Daryl Maguire. 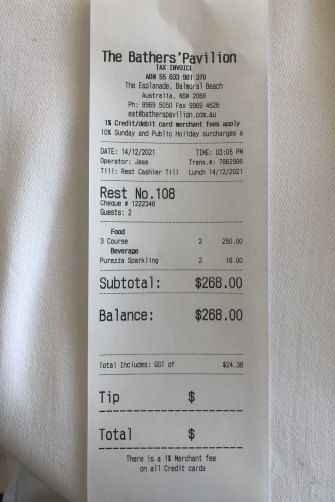 Bligh wasn’t surprised at the resignation.

“It was an act of selfless leadership. That’s actually what the job is. What’s the right thing to do for the government?” she says.

I’m also curious to hear Bligh’s thoughts on how politics has changed in the near decade since she was running Australia’s third most populous state. She points to the hectic 24-hour news cycle and the rise of social media. Although there are benefits of each, she worries that we have not yet found a way to have deep debates about complex problems, without them descending into partisan shouting matches.

Bligh recalls that when she became one of the first political leaders to join Twitter back in 2009, people were asking her “what is it?“.

“It’s hard to imagine politics now without Twitter, but it’s actually not that old,” she says.

The political world has shifted in less than a decade, much like Bligh’s life, too.