GasBuddy analyst on what to expect in 2022

GasBuddy analyst Patrick De Haan warns the highest gas prices “will be in the first half of the year.”

Energy prices had a wild ride of ups and downs in 2021, including a bear market, but the year-end result was a big win for investors with S&P energy stocks posting the best year on record.

WHERE SURGING CONSUMER PRICES ARE HITTING AMERICANS THE MOST

These sectors bested the overall performance of the S&P 500 which gained 27% – the largest one-year percentage gain since 2019.

Oil prices, which rose 55% in 2021 closing at $75.21 per barrel, got an inflation tailwind from the rapid pandemic rebound, as well as a curb in U.S. production that partly came from the Biden administration's policies, steered toward green energy and the canceling of pipelines.

WATCH: DANIEL YERGIN SAYS US OIL PRODUCTION IS COMING BACK

Energy-specific exchange-traded funds did even better.

OIL'S BEAR MARKET MAY BE A SHORT ONE 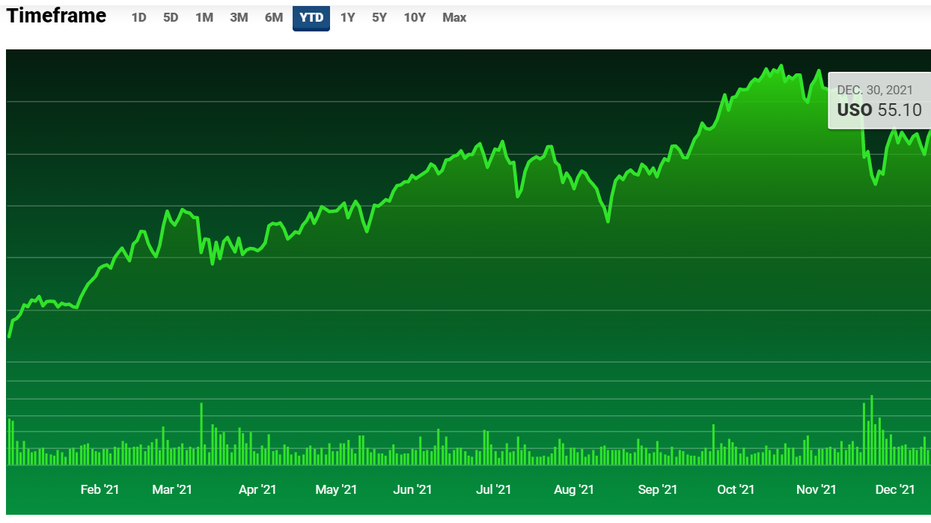 As did the SPDR S&P Oil & Gas Exploration & Production ETF.

WHAT THE OIL MARKET SIGNALS ABOUT OMICRON 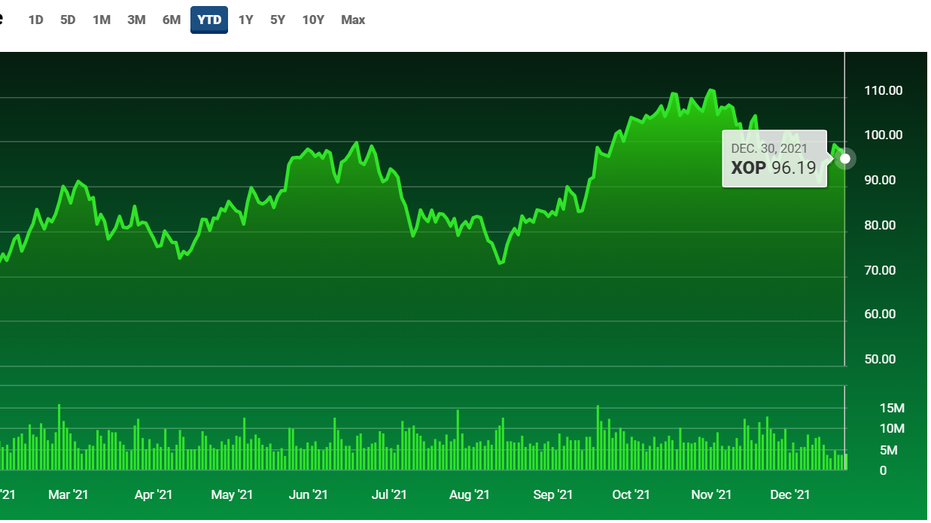 Some stocks within the XOP ETF rose by triple digits including SM Energy, which gained 384%, and Callon Petroleum, which rose 263% for the year.

"You've seen this pivot in the Biden administration … how should we put it, indifferent to the oil industry or not very interested in it but in the last few weeks they are suddenly actually saying to the oil industry, ‘oh could you increase production?' because they are worried about inflation, they are worried about … gasoline prices and what the impact will be on the 2022 elections," Yergin explained.

Gasoline prices closed out the year at $3.28 per gallon, down slightly from the seven-year-high hit during the fall. A year ago, prices averaged $2.25, as tracked by AAA.