Every living former British prime minister who has quit politics will be called to give evidence in public to a major new anti-corruption lobbying inquiry sparked by the Greensill Capital scandal.

The investigation by MPs on the Public Administration and Constitutional Affairs committee (PACAC) will be the biggest and most wide-ranging public ‘show trial’ into the lobbying of officials and ministers.

Four of the five living former prime ministers – Mr Cameron, Tony Blair, Gordon Brown and Sir John Major – are likely to be called to give evidence in public along with Lex Greensill, who was given access to Whitehall when he set up and ran Greensill Capital. 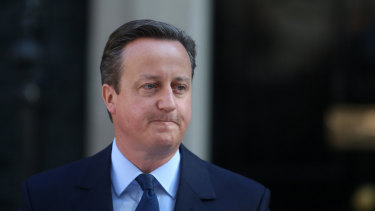 One source said the committee “will be keen to get the experience of other former PMs”.

PACAC’s probe will examine whether the watchdog, which policies the “evolving door” between government and business – the Advisory Committee on Business Appointments – needs more powers.

The MPs will look at whether the existing two-year ban on ministers taking jobs in private sector companies linked to their work in the government should be extended and whether the rules around the register of lobbyists needs to be tightened.

Several other inquiries have been launched into the scandal which started when it emerged that former prime minister David Cameron had texted government ministers in a bid to save Greensill Capital, in which he had a major financial stake, from collapse.

Prime Minister Boris Johnson will seek to get on the front foot on Monday by announcing a replacement for Sir Alex Allan, who quit as the Prime Minister’s independent adviser on ministerial standards last November. The next list of ministerial interests is also likely to be published in the next 72 hours.

Separately, the standards system governing those in public life could be strengthened to cover culture and personal responsibility after a “landscape review” by the Committee on Standards in Public Life.

Speaking on BBC Radio 4’s Westminster Hour, Lord Evans of Weardale, the committee’s chairman, also called for the Prime Minister’s independent adviser on ministerial interests to have the power to start investigations.

“At the moment they have to wait to be asked and that means the perception might be this is not as independent a role as it might be,” Lord Evans said.

Simon Case, the Cabinet secretary, last week ordered all 400,000 civil servants to declare if they are “double-hatting” a second job. The results from Mr Case’s trawl will be ready by Wednesday. He will be the first witness in the new PACAC inquiry when he gives evidence in public on Monday. 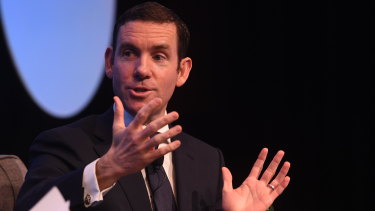 A spokesman for Mr Cameron said: “David Cameron will respond positively to all such requests when the terms of reference of each inquiry are clear and any invitations to provide evidence are received.

“While he was an adviser to the business and not a board director, he is keen to ensure that the lessons from Greensill going into administration are learnt.”

Friends stressed that Mr Cameron was not employed as a lobbyist but had approached ministers in this instance “because of the fraught economic situation and the proposals for small businesses, which he thought had great merit”.

Greensill Capital was not in financial difficulty at the time he was contacting ministers and the company was not asking for a bailout, the friend said.