Ex-Russian bank executive explains what he thinks will stop Putin 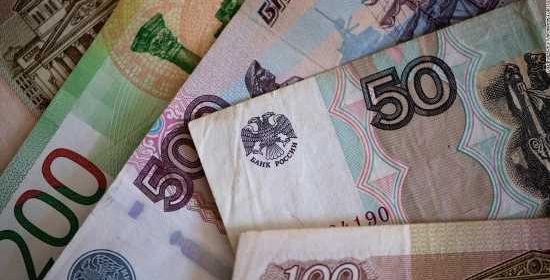 New York (CNN Business)Russian President Vladimir Putin’s efforts to support the ruble continue to pay off — and then some.

Russia’s currency hit a two-year high against the US dollar Friday. The ruble gained ground after the country said it managed to pay back creditors with dollars as Russia tries to avoid a default.
The country’s finance ministry said in a statement that it made a $565 million eurobond that was due this year, as well as an $84 million eurobond that was set to mature in 2024. Both payments were made in US dollars, the finance ministry claimed, as required by the bond’s contract stipulations.

“The payments were made in the currency of issue of the corresponding eurobonds — in US dollars,” Russia’s finance ministry said in a statement. “In this way, the obligations of servicing sovereign eurobonds are being carried out in observance of the conditions laid out in the issue documentation.”

On April 6, Russia said it had made the payments on those bonds in rubles, leading S&P to declare three days later that Russia was in default on its foreign debt obligations. Although the dollar payments are already overdue, Russia’s late payment in dollars serves as a last-ditch effort to avoid default.

Bond payments typically come with a 30-day grace period. For these bond payments, that grace period ends May 4. We may never know if S&P changes its mind about Russia’s default. Because of sanctions, the credit-rating agency pulled its rating on Russian debt on April 15.
Russia has the money to pay its debts. It just can’t access about half of those funds after the West placed unprecedented sanctions on its foreign reserves, totaling about $315 billion.

But Russia has apparently found a way to pay off hundreds of millions of dollars in debt without accessing its frozen reserves. A US Treasury official said the payment must have come from a new pile of money, because it did not lift its restrictions on Russia’s sanctioned dollars, according to Reuters.
The news sent the Russian ruble, which has been surging for two months, to a two-year high against the US dollar. One dollar could buy about 68 rubles Friday, less than half the number it could buy in early March. At its peak on March 7, the ruble was trading at 135 to the dollar.
Russia has been able to prop up the ruble despite global sanctions by hiking interest rates, preventing Russian brokers from selling securities held by foreigners and demanding payment for gas and oil deliveries in rubles, among other actions. These measures have allowed Moscow to artificially manufacture demand for the ruble, even as the nation’s economy remains in tatters.

The country has since been able to scale back on its dramatic rate hikes, including another surprise rate cut Friday.
— CNN’s Clare Sebastian contributed to this report.
Source: Read Full Article