‘Dystopian nightmare’: The unlikely opponents of working from home

The University of Melbourne master’s graduate enjoyed the buzz of the company’s Collingwood office and thrived when bouncing ideas between colleagues. But everything changed when the country went into lockdown and working from home quickly became permanent. “I just didn’t have any good ways of separating work from home,” he says. “It became this catalyst for burnout.” 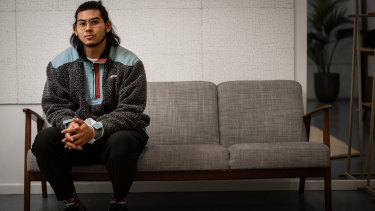 Fair put a desk in his bedroom that transformed his Yarraville share-house into a makeshift office, but says “overall, the experience sucked”. “There was no real way to switch off. The thing I used for relaxation was the same thing I used for work.”

The flexible work revolution triggered by COVID-19 is set to endure in Australia long after the danger of the pandemic has passed. A survey of 50 of the nation’s biggest companies conducted by The Age and The Sydney Morning Herald this week found that major employers are overwhelmingly planning to adopt hybrid work models permanently, and only seven respondents will require workers to be in the office a set number of days each week.

But while the head of the Productivity Commission and other experts say increased levels of working from home are unlikely to hurt the overall economy, not everyone is enthusiastic about the phenomenon. Younger workers beginning their careers fear they are missing out on valuable lessons.

Benjamin Humphrey, the founder of Sydney-based software startup Dovetail describes remote work as a “degraded experience” and is unashamedly building an office-first culture at his company, which currently employs 35 people. “A physical whiteboard is better than a digital whiteboard, reading body language is so much easier in person, doing workshops or training remotely totally sucks,” he says. 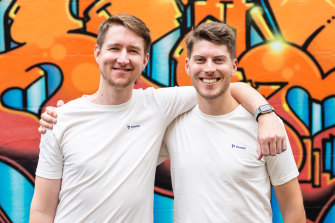 Former Atlassian employees Benjamin Humphrey and Brad Ayers have started a customer feedback platform which has scored backing from well known US and Aussie investors.

The pandemic didn’t stop Dovetail from opening a glitzy new office in the inner-city enclave of Surry Hills. Humphrey says that while there are benefits to working remotely, such as the time saved from not commuting, the costs, which include the lack of social interaction, and the impact on mental health, are being overlooked. “The workplace is like the last community we have in society,” he says. “Humans are social creatures.

“I think it’s a bit of a dystopian nightmare spending every waking hour in front of a screen, whether it’s a computer screen or a TV screen.”

Simon Costello, the founder of compliance software startup FrankieOne, which employs 30 people in Melbourne and Sydney, is another proponent of office-based work. He requires employees to come in to the office at least two days a week. Wednesdays and Fridays are mandatory. “Communication in an early-stage company is critical. We’re making strategic decisions every day,” he says.

The 39-year-old entrepreneur says “face-to-face contact” is essential for collaborative decisions to be made in a fast-paced environment, but he adds it’s also important for building a strong corporate culture and maintaining the social connection with his team. “Having some level of structure is good,” he says.

Workers at the start of their careers such as Fair say they miss out on crucial lessons from others and struggle to communicate with colleagues when they are not in the office.

Fair, who has quit his job as a creative and is looking for a more office-based role, says he struggled to set himself boundaries and ended up regularly working overtime, but felt as though the extra effort went unnoticed.

“Beginning work in a start-up, I thought I needed to show them how valuable I was. So I’m doing all this extra work, I’m trying to make it as public as possible but it got to a point where I just tapped myself out creatively,” he says. “And no one had noticed. It became this situation where there was no real difference between whether I’d done 15 things in a day versus five.”