Crypto: The future of money or the biggest scam?

New York (CNN Busines)Bitcoin has rocketed to an all-time high of nearly $70,000. But investors are even more excited about ethereum, which is now the world’s second most valuable cryptocurency.

Ethereum, or ether for short, is also trading at record levels. It’s now hovering around $4,850, having soared more than 560% this year, compared to the “mere” 135% pop for bitcoin. Crypto investors are betting that ether will continue to be used as the backbone for even more non-fungible tokens, or NFTs, as well as so-called smart contracts.
Experts predict that this wave of decentralized finance (DeFi) will become more prevalent in banking. That could be great news for ether, as well as solana, another crypto that has blockchain technology used in DeFi applications. 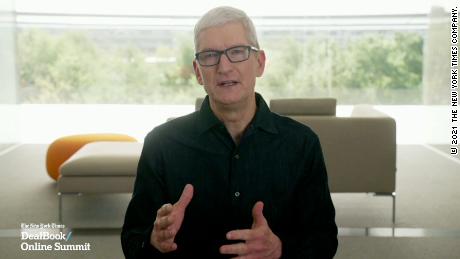 Ether, which now has a total value of about $575 billion for all its coins in circulations, has also narrowed the market cap gap with bitcoin, which is worth about $1.3 trillion. The two cryptos now make up almost two-thirds of the nearly $3 trillion cryptocurrency market.

“We’re seeing a shift in the industry where bitcoin went from being 75 percent of the overall cryptocurrency market cap to about 50 percent,” Michael Pinsker, founder and president of wealth management tech firm Docupace, said about the drop in bitcoin’s market share since 2017. “That percentage should come down even further.”

Ether has also become more popular with many traders on crypto brokerage Coinbase.
In its latest earnings report after the closing bell Tuesday, Coinbase said that 22% of its third quarter trading volume was for ether, compared to 19% for bitcoin. That’s the second straight quarter that ether trading was higher than bitcoin.
There could even be a so-called “flippening” in the next decade, where the value of ethereum winds up topping bitcoin, said Jared Madfes, a partner with Tribe Capital.
The persistence of inflation is benefiting ether and other cryptocurrencies, too. Consumer prices continue to surge and investors recognize that digital currencies are gaining value at a time when interest rates remain low and the Fed and other central banks pump money into the economy. 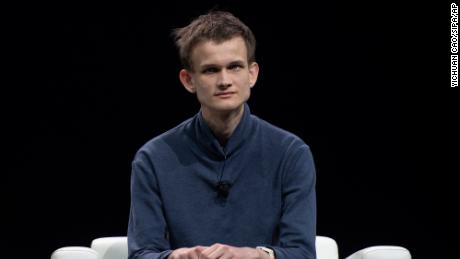 Ethereum’s 27-year-old founder says we’re in a crypto bubble. Did it just burst?

“Inflation is not going away. Central banks printing money is a chasm that can’t be crossed,” said Dylan LeClair, head of market research at Bitcoin Magazine.
The rise of bitcoin ETFs also could be good news for ethereum, because experts predict that similar ether ETFs could soon launch. That will make it even easier for average investors and big money management firms to buy into the crypto.
“Institutions want more exposure to cryptocurrencies, so I anticipate there will be ether ETFs,” Tribe Capital’s Madfes said.

Still, investors need to be careful when buying cryptocurrencies. Not all of them have practical uses.
There are now many so-called meme coins out there, such as dogecoin and shiba inu, that have popped in price thanks to social media hype (including from Tesla (TSLA) CEO Elon Musk) and other more silly reasons. 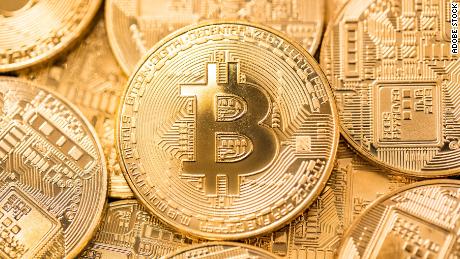 “Crypto now is a lot like the 1990s and the internet,” said Eric Satz, CEO and founder of Alto, an investment firm which offers a crypto IRA. He’s referring to the many e-commerce companies that went public and soared back then. But only one true leader, Amazon (AMZN), is still standing today.
“There are a whole lot of crypto assets out there. But there will be a lot of roadkill. Investors need to proceed with caution,” Satz said, adding that he recommends investors have a crypto portfolio that’s made up mostly of bitcoin, ether and solana.
Ray Youssef, co-founder and CEO of Paxful, a crypto trading platform, has an even more cautious take. Crypto investors should not hold dogecoin, shiba inu or any of the other more speculative cryptos, he said, because big corrections lie ahead.

It’s like the stock market in that respect: It’s one thing to own shares of Apple (AAPL), Microsoft (MSFT) or another top company in the S&P 500. Meme stocks are another story.
“Ether and bitcoin versus meme coins are like the difference between blue chips and penny stocks you get a call about from a guy in a boiler room,” Youssef said.
Source: Read Full Article