NEW YORK/DALLAS/LONDON/HONG KONG (Reuters Breakingviews) – Corona Capital is a daily column updated throughout the day by Breakingviews columnists around the world with short, sharp pandemic-related insights. 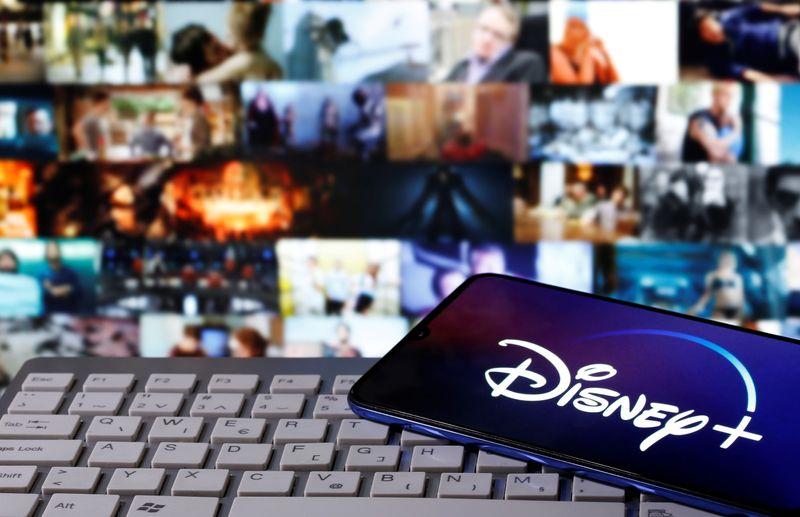 – A plus for Disney

THE MOUSE THAT ROARED. Walt Disney has finally given up on debuting its highly anticipated movie “Mulan” in cinemas. On Tuesday, boss Bob Chapek announced the summer tentpole flick will launch on Sept. 4 on the $224 billion company’s streaming platform, Disney+, for $30. That’s awful news for theater chains like AMC Entertainment. Comcast’s Universal has already sent some films straight to streaming, but Disney’s movie clout gives such decisions even more prominence.

Chapek has good reason to emphasize Disney+, which now has some 60 million subscribers, as the other parts of the Magic Kingdom are struggling. The growth of the entertainment giant’s streaming service, along with surprise adjusted profit in the quarter to June, impressed investors, who drove the stock up 9% in early Wednesday trading. Such enthusiasm will make sending big movies like “Mulan” directly to consumers a trend that’s even harder to resist. (By Jennifer Saba)

SHOOT AND SCORE. Anyone betting that lockdowns are prompting people to just sit around and play video games just got confirmation. Activision Blizzard, which owns products like Candy Crush and Diablo, on Tuesday beat second-quarter earnings estimates and raised guidance. Chief Executive Robert Kotick said that “against the backdrop of the ongoing pandemic” the company was able to provide entertainment that “inspires and unites.”

A lot of that uniting and inspiring came from “Call of Duty,” the $67 billion company’s popular war simulation. Activision Blizzard launched new applications for mobile and desktop and has a new version of the shoot-‘em-up interactive program due out later this year. Engagement in the game was eight times higher than in the same period last year, and the total number of players stands at over 100 million. If there’s something people can unite over, virtually, it’s letting out some aggression. (By Lauren Silva Laughlin)

DIFFERENT STROKES. Sweden’s economy shrank 8.6% in the second quarter from the previous three months, the statistics office said on Wednesday. That’s grim for a country which decided not to shutter its economy during the pandemic, but much better than European nations that imposed stringent lockdowns. Spanish GDP shrank 18.5% in the same quarter, while Italian and German GDP fell 12.4% and 10.1% respectively, data showed last week. Overall, Sweden’s economy has contracted about half as much as euro zone countries in the first six months of 2020, SEB economists calculate.

The price may have been more Covid-19-related deaths. While Sweden’s fatality rate is lower than some countries which imposed lockdowns, it is higher than that of its Nordic neighbours. An economic recovery is now underway. The service sector expanded in July, according to a purchasing managers’ survey published on Wednesday. If Sweden can avoid a second outbreak, households may resume old consumption habits more quickly and the economy may suffer less long-term scarring. (By Swaha Pattanaik)

DEATH TOLLS. For life insurers, pandemics have downsides and upsides. While the increased number of deaths means higher payments for life cover, it also brings a macabre windfall from annuities. When more people die prematurely, insurers get to keep the pots of money set aside for yearly retirement payments. For Britain’s 13 billion pound Legal & General, this effect helped limit the net hit to its insurance operations from Covid-19 to around 65 million pounds in the first half of the year, or just over 5% of operating profit for the period.

For L&G, there could even be a better-than-V-shaped recovery in store. Although Covid-19’s longer-term impact on mortality remains unclear, some actuaries believe higher death rates now may produce correspondingly lower ones in the future. If that’s the case, L&G will find itself paying out more on annuities, but enjoying a bigger windfall from lower life insurance claims. (By Ed Cropley)

NOT FINE WITH IT. Australian authorities have had enough. With Covid-19 ravaging the state of Victoria, Premier Daniel Andrews has imposed tough fines for breaching lockdown, hoping to deter the people who ignore the order to stay home, estimated at one out of every four quarantined residents. From now on, those who sneak out of their houses could be fined as much as $14,000.

Penalties in Australia, once fairly lenient, are catching up with its neighbours. Fines for leaving isolation in Hong Kong and Singapore are hefty, and they also threaten a six-month prison term for violators. Furthermore, enforcement Down Under has been limited to occasional visits by health officials and police rather than the electronic tracking devices other east Asian nations have deployed. As panic spreads in Melbourne, where contagion has revived, Australia is stepping up its enforcement game. Other lax countries ultimately may follow suit. (By Jamie Lo)

POOR PROGNOSIS. Covid-19 may send sickly UK lender Metro Bank into intensive care. Shares in the 185 million pound group fell 7% on Wednesday after Chief Executive Daniel Frumkin unveiled a 241 million pound pre-tax loss for the first half of 2020. More worryingly, Metro may need to raise as much as 300 million pounds of loss-absorbing debt next year. Frumkin said the bank may next year dip below a key regulatory threshold known as the minimum requirement for own funds and eligible liabilities (MREL).

It’s not quite a disaster: Metro says the MREL deficit would only be temporary. But it nonetheless adds weight to the argument that Metro’s business is unsustainable. Loss-making banks can’t generate their own capital, and Metro’s is shrinking: its common equity Tier 1 capital ratio was 14.5% in June, down from 15.6% in December. Frumkin’s already tough turnaround job just got even harder. (By Liam Proud)