Nordea Asset Management’s $6 billion Emerging Stars Equity fund will turn 10 this month and there is plenty of reason for its managers to celebrate the anniversary.

Since its inception, the fund has cumulatively returned 109% to investors compared to its benchmark, the MSCI Emerging Markets Index, which has returned 42%.

And over a five-year time period, the fund has provided cumulative returns of 121% relative to the benchmark’s 77%, ranking the fund in the 96th percentile, according to Bloomberg data.

“We started off as a high-conviction emerging markets fund with ESG integration, and a focus on quality and growth in the companies that we buy,” Juliana Hansveden, lead portfolio manager, said.

The fund searches for tomorrow’s winners in emerging markets and has a strategy that’s broken into 4-parts:

The fund invests in firms that demonstrate structural growth opportunities, as well as being company-specific, Hansveden said.

“The way we narrow down our universe is that we only look in a sub-segment which focuses on companies with a growth outlook that is higher than [emerging markets] average,” Hansveden said.

2) How is value created?

The fund focuses heavily on value creation. Hansveden wants to know if the company will be able to drive value creation and the components that will fuel it, for example, pricing power, cost structure and competitor dynamics. She is searching for companies that have advantages in these areas versus their rivals.

It’s also important to understand the backgrounds of the different members of the management team and what incentivizes them, Hansveden said.

The fund has an ESG rating of A, relative to the benchmark’s rating of BBB.

Investing with an ESG lens

Nordea Asset Management has an ESG team that independently conducts analysis of companies and provides ratings on them.

Hansveden’s fund does not invest in the lowest ranking companies – those that carry a C rating. But she will often invest in B-rated companies, which can still carry material ESG risks.

Since the fund has a long-term investing approach, Hansveden can actively engage with these risks and propose guidance for resolving them, sometimes over multiple quarters, or even years.

This type of engagement involves patience and this has benefitted the fund, Hansveden said.

The B-rated companies offer potential to deliver big returns, because eliminating ESG risks will make the companies more resilient for the future and adds strength to their franchise, meaning they have more room for improvement, Hansveden said,

“I would say yes, our clients generally support and understand this idea that you don’t just invest in the best of the best, not just in the A’s and the A+’s, but actually you go for the B segment, because this is where you have an opportunity to create alpha in many ways, right?” Hansveden said.

Impact investing isn’t the only component driving the fund’s ability to beat the competition.

Hansveden believes it also comes down to staying consistent, looking for long-term opportunities and finding companies with an ability to grow where the value equation is mispriced

There is a real focus on return on invested capital and how companies spend the cash they are generating. Hansveden said the team is often willing to invest in companies that the average investor wouldn’t because they aren’t profitable, or the margins are falling. Instead the fund looks more long-term.

“We think about what a company can do, in addition to what it’s doing right now,” Hansveden said. “So not just looking at the current operations, but asking ourselves whether this can become a bigger and different company going forward.”

Some of the best performing companies in the fund have been able to do this. For example, Hansveden owns a stake in Chinese software company Kingdee, which used to mainly cater to mid-sized clients. Then over time it developed solutions that allowed it to service a bigger market, including large-cap customers.

“We keep an open mind and we understand that companies develop and successful companies capture opportunities and become very strong performers,” Hansveden said. 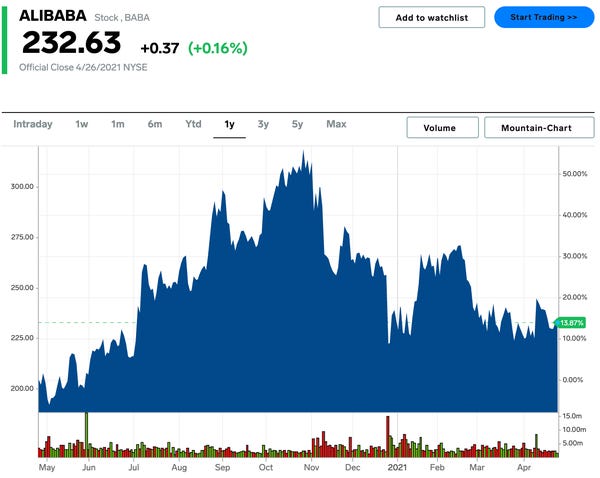 Alibaba has been facing regulatory challenges, in addition to investing in new areas. Most investors have seen this as a negative for the firm. But Hansveden said she sees value in the name.

“It’s a unique company in that it’s such a strong leader in what it does in e-commerce,”  Hansveden said. “And it has a great platform and a great number of users that they can cross sell different products and solutions to. And this is a holding that we think is very attractively valued, because of these recent headwinds.” 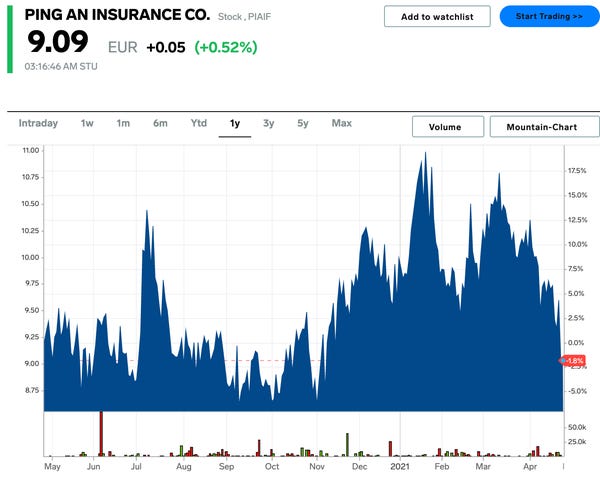 Hansveden is looking at companies that have been hit by the pandemic, but have not yet seen a significant recovery.

One area is insurance in China and she expects Ping An Insurance, the largest insurer in the country, to benefit from the recovery based on her three- to five-year investment horizon. 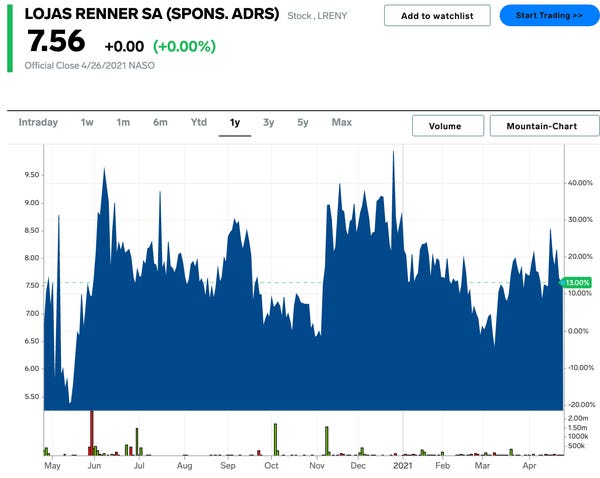 Hansveden expects cyclical names to perform well after the pandemic. Lojas Renner, a large Brazilian department store company, is one stock that could perform well because of its brick-and-mortar exposure.

Brazil is still suffering from the pandemic, however it will eventually come to an end and Hansveden expects Lojas Renner to be a beneficiary when the wave of infections and deaths subsides.

“We believe this is a really well managed company, great capital allocator and a company that we think is likely to perform on a three- to five-year basis,” Hansveden said.