London (CNN Business)Meme stock mania is back in full force — and this time around, companies are trying to use the hype to their advantage.

What’s happening: AMC Entertainment (AMC), whose shares have skyrocketed almost 140% this week to an all-time high, is offering investors benefits including a free large popcorn when they go to theaters this summer. The announcement has compounded the excitement among traders rallying behind the stock on social media.
“Many of our investors have demonstrated support and confidence in AMC,” AMC CEO Adam Aron said in a statement. “We intend to communicate often with these investors, and from time to time provide them with special benefits at our theaters.”

The move is a sign that companies receiving attention from everyday investors congregating online are trying to leverage the fandom to support their struggling businesses. AMC said that retail investors now own more than 80% of the company.

That figure could keep growing in the coming days. Retail trading in AMC is currently higher than it was during an initial round of intense interest in January, according to data from Vanda Research. (In a real sign of the times, one Twitter user shared a video of AMC shares being plugged at a pool party, while another shared an image of AMC supporters waving signs on a street corner.)

Not just movies: GameStop (GME) shares jumped 13% on Wednesday, while Koss’ stock leaped 69%. Bed Bath & Beyond (BBBY) soared 62% and BlackBerry (BB) gained 31%.
While these companies were taken by surprise when shares first took off earlier this year, they appear to be savvier this time around.
GameStop sold 3.5 million shares in April, generating $551 million. The video game retailer, which is trying to shift more of its business online, said it would use the proceeds “to continue accelerating GameStop’s transformation” and to shore up its balance sheet.
On Thursday, AMC said it would sell 11.55 million shares and use the money generated for “general corporate purposes” including paying down debt and acquiring theaters. But it also warned investors that its stock may continue to be volatile.
“Under the circumstances, we caution you against investing in our Class A common stock, unless you are prepared to incur the risk of losing all or a substantial portion of your investment,” AMC said in a regulatory filing.
The challenge now is encouraging investors flooding to meme stocks to stick around, giving companies the space to focus on their long-term strategies instead of pleasing fickle supporters.
“Patient and focused” shareholders “offset short-term pressures that transient traders exert” and can “provide a deterrent to overzealous activists,” Lawrence Cunningham, a professor at George Washington University who specializes in corporate governance, wrote in a MarketWatch column earlier this year.
Food for thought: Cunningham recommends that in addition to handing out freebies or discounts, companies should consider giving loyal shareholders cash or votes, which he sees as a more meaningful way to entice investors to stick around after the bubble eventually pops.

The Federal Reserve has announced that it will begin winding down a program that purchased tens of billions of dollars of corporate assets to shore up the economy during the pandemic, my CNN Business colleague David Goldman reports. 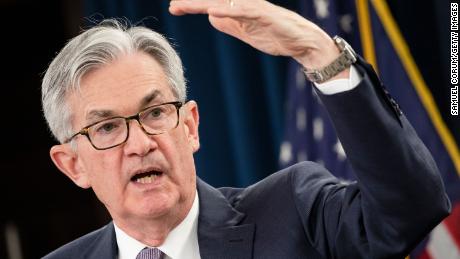 In a statement Wednesday, the central bank said the policy was crucial to businesses during the depth of the recession.
The program “proved vital in restoring market functioning last year, supporting the availability of credit for large employers, and bolstering employment through the Covid-19 pandemic,” the Fed said.
But as the economy rapidly recovers, the central bank has decided it’s time to start rolling it back.
Details, details: The Fed currently holds $13.7 billion worth of corporate assets, including more than $5 billion of corporate bonds and another $8.5 billion worth of exchange-traded funds.
It plans to sell off those assets over time to keep markets functioning properly and reduce any resulting shock to the system.
“Portfolio sales will be gradual and orderly,” the Fed said.
Big picture: The central bank is making clear that it’s not changing its policy direction more broadly, and that purchases of government debt will continue apace.
“The sale is a signal that the corporate bond market is not disorderly, rather than a signal about quantitative or monetary policy intentions,” Paul Donovan, chief economist at UBS Global Wealth Management, told clients on Thursday.
In an April press conference, Federal Reserve Chair Jerome Powell said it wasn’t time to even “start thinking about thinking about” tapering purchases of Treasury bonds.

As the world returns to some semblance of normalcy, global food prices are soaring.
That’s according to data published Thursday from the United Nations, whose FAO Food Price Index rose 4.8% between April and May, the fastest monthly rate in more than a decade.
The UN attributed last month’s surge to rising global prices for vegetable oils, sugar and cereals. The index now stands at its highest level since September 2011 and is just 7.6% below its all-time peak.
The price spikes had a number of causes. Palm oil prices rose due to slow production growth in Southeast Asia, while strong global demand for biofuels drove up the price of soy oil. Sugar prices climbed due to concerns about lower crop yields in Brazil, the world’s largest exporter.
Investor insight: Rising food costs are feeding inflation, which is being closely monitored by central banks trying to correctly time when to ease up on pandemic-era support for the economy. Investors are nervous they could get antsy and take their foot off the pedal too soon.

Coming tomorrow: The official US jobs report for May will be closely watched by investors and economists alike.
Source: Read Full Article