2 veteran VCs are betting on the rise of the solo capitalist. They explain how their fund backs the booming trend with investors like Anthony Pompliano and Cindy Bi — and share tips for breaking into VC.

Before the pandemic, seasoned venture capitalists Sunil Pai and Nick Candito hosted regular dinners for a group of friends that were operating as individual investors in the VC industry.

Each dinner created a collaborative environment amongst the VCs where they ended up discussing their challenges and big wins.

As a general partner at AngelList, a platform for venture investing, Pai recognized this as a business opportunity.

Pai questioned why there wasn’t a fund that brings together individual VCs that enables them to collaborate to solve common problems, but also to continue operating individually on investments and in turn offer a diversified portfolio to their investors.

Pai and Candito started to ask around for feedback on the concept of a collaborative fund from among the smartest people they knew, including world class investors, to public companies and CEOs. 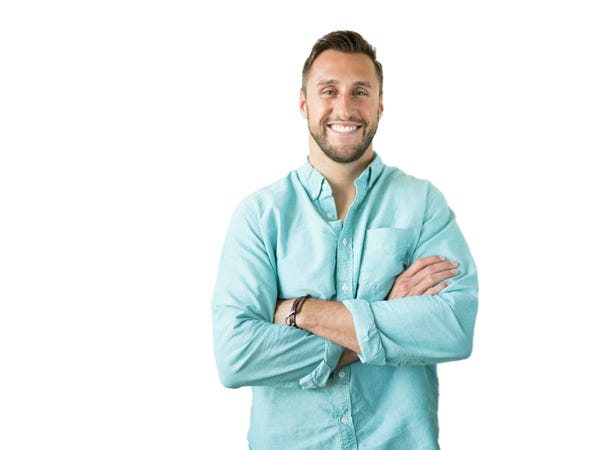 They wanted criticism and expected to be talked out of it, but instead came across a gap in the market for a collective fund led by solo capitalists.

“It’s really a new model and it’s something that’s a win-win-win scenario,” Candito said. “Good for the companies, good for these investors and good for our LPs that really want more technology exposure and can now get that in a very strategic way.”

The rise of the solo capitalist

Solo capitalists are venture capital investors, who choose to raise small funds on their own rather than work at large companies like Sequoia and Benchmark.

And while the concept does sound awfully similar to being an angel investor, there’s a difference.

Solo capitalists tend to stay involved with the company as they continue to grow, while angel investors tend to only be involved in the very early stages.

“We kept seeing the same problem pop up, where a lot of our friends were investing early in great companies, but didn’t have the capital to stay investing with them as the company started to scale up,” Pai said.

This shouldn’t really be a problem, according to Pai and Candito.

“Solo capitalists, in my opinion, have a tremendous advantage, because they have specific expertise, they have a very one-to-one relationship between them and the company,” Candito said. “And the work that they do compounds, when you think about the body of work they’ve done across hundreds of investments over the course of their career.”

With the belief that solo capitalists are here to stay and the trend will only grow, Pai and Candito launched the Angel Collective Opportunity Fund to resolve the capital-raising challenge.

How does the fund work?

Together they solo capitalists have backed companies, such as BlockFi, Lambda School and Figma.

“We knew that they were some of the best folks that maybe the mainstream market hadn’t yet heard of, but we feel very, very confident they certainly will know all these names pretty soon,” Candito said.

Each of the investors have deep domain expertise and have invested in multiple unicorn companies early on, Candito said.

By leveraging both Pai’s and Candito’s connections with family offices and through the AngelList platform, they brought together a dedicated pool of capital for the fund offering the investors a diversified portfolio of general investments.

The venture market is shifting, Candito said, especially against the backdrop of the pandemic and wider adoption of remote working. The fund is one way to play that trend.

“There’s also the idea that someone might go on to raise their own very large fund at some point in the future. And we’re all about that,” Candito said. “We see ACOF as a collaboration model, a way to play into what’s happening with solo capitalists, but also a step in someone’s progression.”

Venturing into the sector

Although the rise of the solo capitalist model could make venture capitalism more accessible, right now it can still be a challenging industry to crack.

Both Candito and Pai have years of experience. Pai comes to VC investing from a traditional route, starting his career at DFJ, and then backing early-stage companies, including Tesla, SpaceX and Box.

Candito comes to venture capital from a founder perspective, building companies from the ground up and then selling them on. He eventually took on more of an angel investor and operator role, helping early-stage companies with anything from strategy, to recruiting and fundraising.

For breaking into VC, Pai recommends getting a daily digest of companies that have just raised rounds and asking what’s interesting about this company.

Do the analysis yourself and go through the exercise of asking why the company is different from others in the space? How could this company be successful? How big could it be?

“Asking the questions yourself and putting yourself in the seat of an investor before you get the position, I think is the best practice,” Pai said.

Individuals also can break in by becoming the class of investor who is known for helping founders, Candito said.

Being able to get into the ecosystem and just start helping will give you a huge leg up in the market generally, Candito said.

“I think if you can compound the ability to be helpful with a track record, like you’ve proven to have the ability to spot, identify and support these companies, then that’s how you become best in class,” Candito said. “And it’s a long term game, right? So I think a lot of people have that idea. It’s not that complicated, but they don’t let the process play out over the years and decades that it takes in this game.”