2022 is set to be Ethereum’s most important year yet. Although the date is not yet known, Ethereum is preparing to complete the long-awaited Merge of the top smart contract blockchain’s proof-of-work and proof-of-stake chains, dubbed ETH 2.0. Lark Davis is confident that the so-called Merge will push the price of the native token ETH to $10,000. “Sorry haters, but it is happening!” – said Davis.

With the Kiln merge test run completed successfully in mid-March, observers believe the mainnet launch is just around the corner. The upgrade will make ether a deflationary asset thanks to the significant reduction of the amount of ETH issued and Ethereum’s EIP-1559 burning mechanism.

Additionally, the proof-of-stake (PoS) consensus protocol that ethereum will transition to, is believed to be more environmentally friendly than the current proof-of-work (PoW) system which rewards miners for solving complex computational puzzles to validate transactions on the network.

It has been a long, arduous path to get to PoS, but when the Merge finally arrives, it will be a major milestone for Ethereum as the second-largest blockchain after bitcoin becomes more secure, scalable, and sustainable than ever. It’s no wonder Shark Tank entrepreneur and Dallas Mavericks owner Mark Cuban recently posited he was “very bullish” on ethereum after the completion of the Merge.

In addition, similar to analyst Davis, former BitMEX CEO Arthur Hayes recently predicted that ETH will rally to $10,000 or more by the end of 2022. Hayes argued that ether staking will value ETH as a perpetual bond after the Merge. 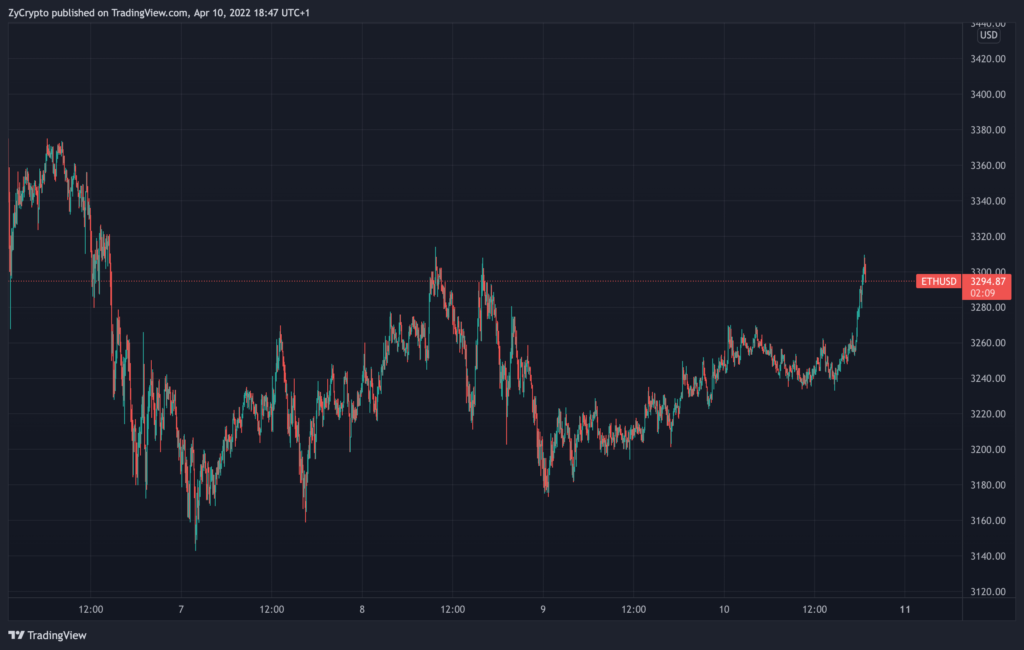 ETH rose 18.4% in the past 30 days, according to data from CoinGecko. In comparison, bitcoin has gained just 1.3% over the same timeframe. Ether is trading near $3,301 at press time, representing a 1.73% loss on the day.

That being said, 2022 could be the year that ethereum realizes its full potential.

Disclaimer: This article is provided for informational purposes only and should not be treated as investment advice.