Ethereum, the second-largest cryptocurrency by market cap, is gaining stamina as the network is rapidly accelerating towards its planned migration to being a proof-of-stake protocol, especially with the successful launch of the London hardfork on mainnet earlier this month.

Already, progress is being recorded in the network’s journey to having a deflationary economy with a total of 52,703 ether valued at $170 million having been burned as of this writing. Added to that, Ethereum is the leading platform for DeFi protocols, and NFTs minting and trading.

This year, Ethereum DeFi protocols including Aave, Maker, Uniswap, and Compound are among the top 10 DeFi platforms and have a total value locked (TVL) of over $84 billion. Decentralized exchanges on the Ethereum blockchain too have recorded massive successes, with a total value locked of around $10 billion.

This success has also engendered institutional interest in Ethereum. Similar to Bitcoin, there have been multiple applications to the SEC for Ethereum ETFs, which have not been replied to. On-chain data from 2020 reported in April by Two Prime – a digital assets investment management firm – also indicated that large-scale institutional purchases temporarily overwhelmed coin mining production and strained the ability of trading exchanges to meet demand.

This has made it important for regulations in the U.S. around the asset class to be clarified for investors to have better guidance in their decisions. One interested market participant, Attorney Jeremy Hogan, of Hogan and Hogan legal, made popular by their YouTube channel, Legal Briefs, has asked SEC chair, Gary Gensler, to once and for all clear the uncertainty.

Responding to a tweet by Gensler on Twitter, the attorney asked for a straightforward YES or NO answer from Gensler on the question of whether Ethereum is a security or not. As of this writing, the question which has gotten a lot of attention and backing has yet to be responded to by Gensler. Hogan has, however, repeated the question, restating that a simple answer would suffice to allay concerns on the matter in the follow-up tweet.

“Dear @GaryGensler,
We know you understand Ethereum very well. We also understand you recently said that U.S. securities laws are “very clear.” Therefore, the millions of Americans who own Ether would like to know the answer to a SIMPLE question: is Ether a security? YES. or, NO”

While no response has been forthcoming from the regulatory body or its chair, the crypto-community has already taken up the conversation. Attorney Hogan himself, on his YouTube channel, while weighing in on the question, gave the Ethereum network an SEC danger rating of 4/10, citing his reason to be that the network seems to have been operating as a security.

He notes that in 2014, Ethereum raised $18 million dollars in a presale event, also in 2018 when the DAO hack occurred, the Ethereum foundation – the organization that is the loosely centralized manager of the blockchain – took decisions that were shown to have bearing on the price of Ethereum by deciding to do a hard fork of the network. 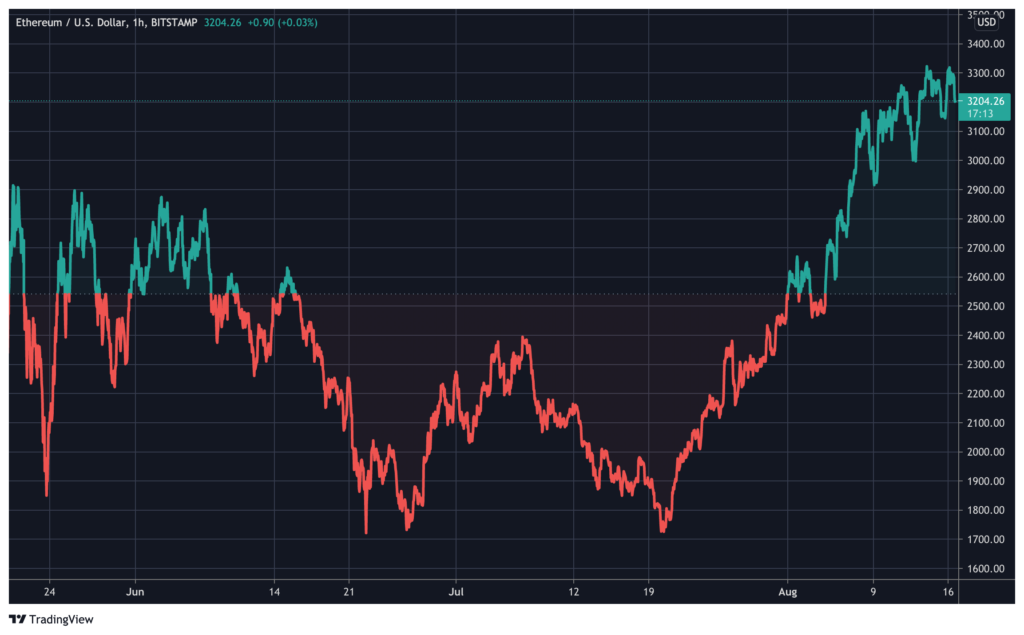 Hogan argues that the SEC can see the network as a security for those reasons. However, the SEC, through one of its directors, William Hinman, has in the past testified that Ether was not a security – a stance that is still controversial as the SEC has recently doubled back on the stance recently in its case with Ripple, declaring it the opinion of Hinman and not the SEC.

Until there is a clear definition of where cryptocurrencies and Ethereum, in particular, stand with regulators, there will be skepticism from investors, which will also intensify the discussion around Ether’s regulatory status.