The Geneva-based institution said on Wednesday that it expects trade growth to slow to a crawl in 2023 to just 1% – a marked decline from its earlier forecast of 3.4% and its forecast of 3.5% for growth this year.

The WTO blamed a number of factors for the expected deterioration in trade, including higher energy prices resulting from Russia's war in Ukraine. A number of countries – including European Union members and the U.S. – have responded to the conflict by sanctioning Moscow, including targeting Russian oil exports.

THE US IS IN A HOUSING RECESSION: WHAT THAT MEANS 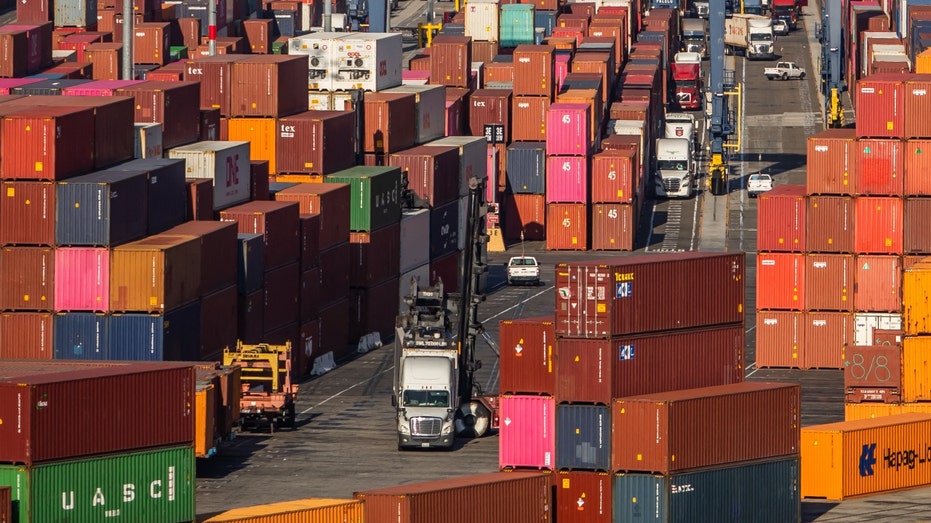 It also warned of potential fallout from higher interest rates. The Federal Reserve and other major central banks have responded to the worst inflation crisis in four decades with new austerity measures that threaten to trigger a global recession. Higher interest rates are likely to curb consumer spending, particularly on major expenses like homes and vehicles.

Finally, the world continues to face fallout from the COVID-19 pandemic as China grapples with ongoing lockdowns, border restrictions, extensive quarantines and other measures intended to reduce the spread of the virus.

"Monetary tightening is weighing on growth across much of the world, including in the United States," the WTO said. "In Europe, high energy prices are squeezing households and businesses. And in China, COVID-19 outbreaks continue to disrupt production and ordinary economic life."

As is usually the case, the WTO warned that poorer nations could face the brunt of the pain from ongoing global crises.

The WTO's forecast is in line with the latest outlook from the Organization for Economic Cooperation and Development, which last week warned the global economy is slowing more than previously anticipated.

The Paris-based organization still sees the global economy expanding 3.0% this year, but is projecting a major slowdown next year, with growth decelerating to just 2.2%. That is a sharp change from the 2.8% rate it predicted in June and marks a $2.8 trillion decline in global output.

"The global economy has lost momentum in the wake of Russia's unprovoked, unjustifiable and illegal war of aggression against Ukraine," OECD Secretary-General Mathias Cormann said in a statement. "GDP [gross domestic product] growth has stalled in many economies and economic indicators point to an extended slowdown."