Inflation is ‘deader’ than a doornail: Ken Fisher

Inflation at the wholesale level declined more than expected in December, the latest sign that painfully high consumer prices are finally beginning to loosen their stranglehold on the U.S. economy.

The Labor Department said Wednesday that its producer price index, which measures inflation at the wholesale level before it reaches consumers, declined 0.5% in December from the previous month. On an annual basis, prices are up 6.2%.

Those figures were both lower than the 6.8% headline figure and 0.1% monthly decline forecast by Refinitiv economists, a welcoming sign for the Federal Reserve as it seeks to cool price gains and tame consumer demand with the most aggressive interest rate hike campaign since the 1980s.

Excluding food and energy, core inflation increased 0.1% for the month – matching the estimate from economists.

The sharp decline in the headline number stemmed from a big drop in energy prices, which plunged 7.9% over the course of the month. Within the category, gas prices tumbled 13.4%, accounting for half of the total drop in goods last month.

The final demand food index also fell 1.2%, although the cost of certain categories like eggs and turkeys marched higher in December.

MORE AMERICANS GETTING A SECOND JOB AS HIGH INFLATION RAGES

Still, there are some signs that inflationary pressures in the economy could remain sticky in coming months: The cost of gasoline, for instance, is up about 21 cents from one month ago, or roughly 7%. The cost of diesel is also increasing, with the average price of a gallon up about 1.6% so far in January, according to AAA.

"While signs of inflation slowing are no doubt good to see, many market pressures remain," said Mike Loewengart, head of model portfolio construction at Morgan Stanley's Global Investment Office. "Keep in mind a decline in energy prices was a big factor in this PPI read and there’s a case to be made that this may be unsustainable, and energy prices could rebound in the next couple months."

On top of that, prices remain about three times higher than the pre-pandemic average. 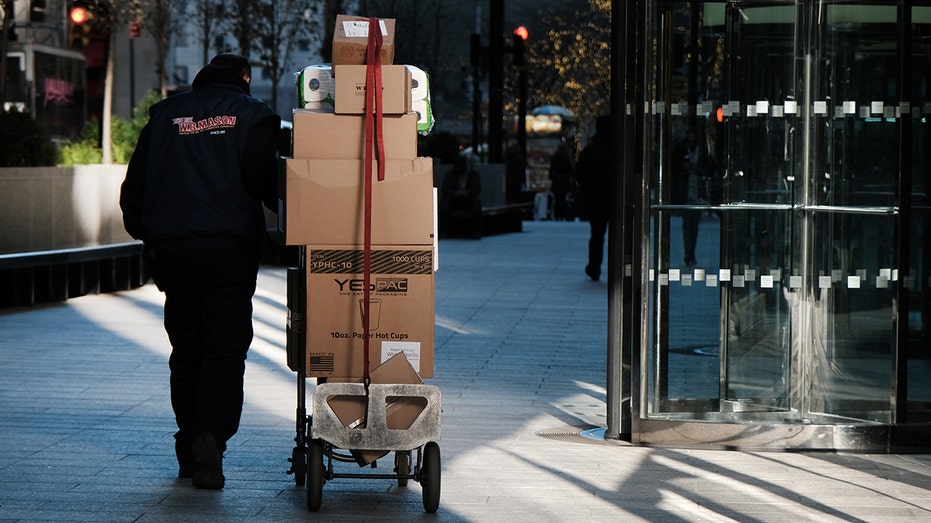 The data comes just a few days after the Labor Department reported that the consumer price index, which measures the prices paid directly by consumers, moderated further in December. Prices fell 0.1% over the course of the month, although they remain up 6.5% from the year-ago period.

Both data releases are considered to be important measurements of inflation, with the PPI believed to be a good leading indicator of inflationary pressures as costs work their way down to consumers.