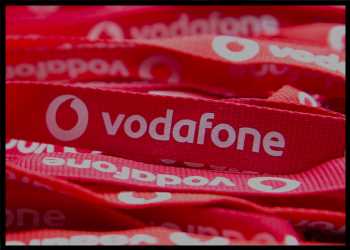 Shares of Vodafone Group Plc were losing around 7 percent in the morning trade in London and 5 percent in the pre-market activity on Nasdaq after the British telecom major reported Tuesday weak profit in its first half with lower revenues. For fiscal 2023, the company now projects adjusted EBITDAaL at at the lower end of original guidance.

The company also announced a new cost savings target of 1 billion + euros by fiscal 2026 through streamlining and simplifying group-wide structure and further accelerating the digitalisation of operations.

Nick Read, Group Chief Executive, said, “In the context of a challenging macroeconomic environment, we are delivering a resilient performance this year, alongside making good progress with our operational and portfolio priorities…. We are taking a number of steps to mitigate the economic backdrop of high energy costs and rising inflation. These include taking pricing action across Europe….”

Further, the company announced interim dividend per share of 4.5 eurocents, same as last year. The record date is November 25 and the dividend is payable on February 3, 2023.

In its first half, profit Attributable to Owners of the parent declined to 986 million euros from last year’s 996 million euros. Basic earnings per share were 3.52 eurocents, compared to 3.40 eurocents in the prior year.