Vodafone H1 Profit Down, Sees FY22 Adj. EBITDAaL At Top Half Of View; Stock Up 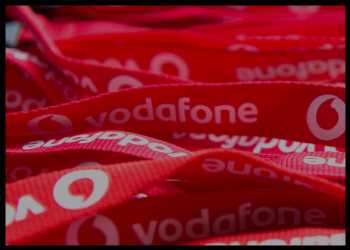 Shares of Vodafone Group Plc were gaining around 6 percent in the London trading as well as in pre-market activity on Nasdaq after the British telecom major said it now expects fiscal 2022 Adjusted EBITDAaL, a key earnings metric, at the top half of its initial forecast. In the first half, the company recorded weak pre-tax profit, but Adjusted EBITDAaL was higher on revenue growth. The company also announced a flat dividend.

Nick Read, Group Chief Executive, said, “Our strengthened performance in Africa and Europe puts us on track to be at the top end of our guidance for this year, as well as firmly within our medium-term financial ambitions.”

Further, the Board has announced an interim dividend per share of 4.50 euro cents, same as last year. The record date is November 26 and the dividend is payable on February 4, 2022.

For the first half, profit before tax was 1.28 billion euros, down from 1.93 billion euros in the prior year. Earnings per share declined to 3.39 cents from 4.29 cents last year.

Adjusted basic earnings per share was 4.90 euro cents, compared to 3.96 eurocents a year ago.

Operating profit decreased 21.9 percent from last year to 2.6 billion euros, reflecting the absence of a prior year gain of 1.0 billion euros arising on the merger of Vodafone Hutchison Australia into TPG Telecom Limited. Excluding this, operating profit increased.

For the six months, adjusted EBITDAaL increased 7.9 percent to 7.57 billion euros due to revenue growth and a legal settlement in Italy. The Adjusted EBITDAaL margin was 0.9 percentage points higher year-on-year at 33.6 percent.