The Celebrity Edge is set to depart from Fort Lauderdale, Florida, this weekend and will be the first cruise ship to leave a U.S. port in 469 days. FOX Business’ Ashley Webster with more.

The return of the Diamond Princess cruise ship, which was home to the largest outbreak of COVID-19 outside of China in February 2020, was delayed Wednesday amid the ongoing pandemic.

Princess Cruises, which is owned by Carnival Corporation, announced the cancellation of Diamond Princess's fall cruise in South America, as well as its trip to Antarctica that was set for next spring. The ship will now make its return next year for sailings in Japan.

The Diamond Princess cruise ship was quarantined in the port of Yokohama, Japan from Feb. 7-23 of last year. The outbreak led to more than 700 of the 3,711 Diamond Princess passengers and crew becoming infected, and several deaths. 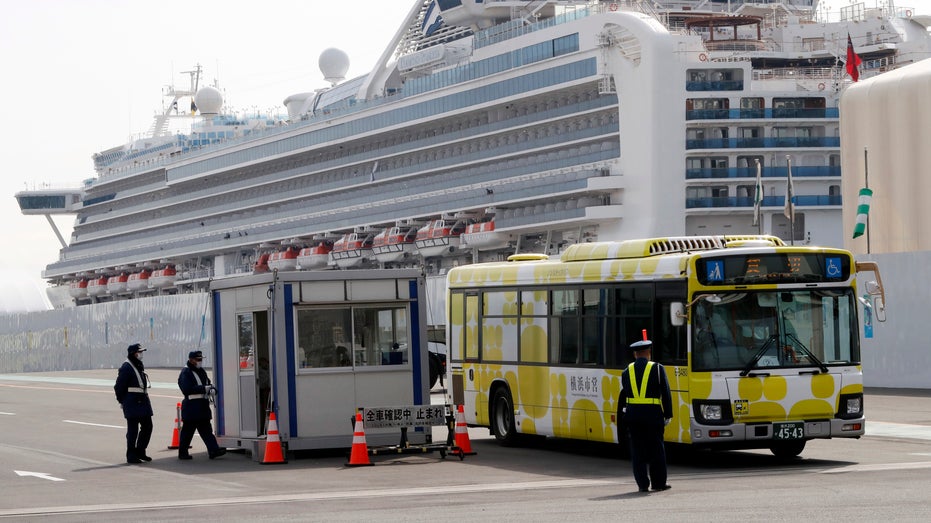 Two cruises scheduled for this December on another Princess Cruises ship, Island Princess, were also canceled. That ship will now make its return next spring with a series of cruises in the Caribbean.

"Following our successful restart in Alaska and the UK, we look forward to welcoming our guests back on board as we continue our return to cruise operations, keeping the health and safety of our guests and teammates our top priority," Princess Cruises President Jan Swartz said in a statement Wednesday.

Carnival Corporation did not immediately respond to a request for comment Wednesday about the reason for the delay in Diamond Princess and Island Princess's returns.

A 77-year-old passenger on the Carnival Vista cruise ship died earlier this month, but Carnival Corporation said that the passenger "almost certainly did not contract COVID" on the ship.

Just before the ship made a stop in Belize City, 26 crew members and one passenger on that ship tested positive out of more than 1,400 crew and nearly 3,000 passengers.

"Unfortunately, no venue on land or at sea is COVID-free right now, but we are committed to protecting the health and safety of our guests, crew and the communities we visit and have not hesitated to act quickly and go beyond existing public health guidelines," the cruise line said in a statement this week.

Fox Business's Daniella Genovese contributed to this report, as well as the Associated Press.