Mulvaney on gas price dip: Why is the White House taking a victory lap on Americans 'getting poorer'?

Former Office of Management and Budget Director Mick Mulvaney criticized the White House for a recent Twitter video celebrating a slight drop in gas prices. On "Mornings with Maria" Friday, Mulvaney argued the dip is due to a decrease in demand because Americans can't afford to fill their tanks.

MICK MULVANEY: We're all glad that prices are coming down a little bit. But Maria, there's only two ways that can happen. Either the supply of gasoline is going up or the demand for gasoline is going down. That's how prices get established in a free market. And I think everybody knows the supply of gasoline under this Biden administration is not going up. In fact, we've lost almost 1 million gallons a day of refining ability in this country over the course of the last two years. So supplies are still going down. So what does that mean about demand? It means the only reason that prices can go down is that people are demanding less of it because we're moving into a recession. People have less money to spend on gasoline, so they're not. So the prices are coming down. With the Trump administration, you could increase the supply of something in the price would come down. People would be richer and be able to buy more things. Under the Biden administration, the demand is going down. People are getting poorer and that's why prices are going down. So I'm not really sure why the White House is running victory laps on this one right now.

WATCH THE FULL VIDEO BELOW: 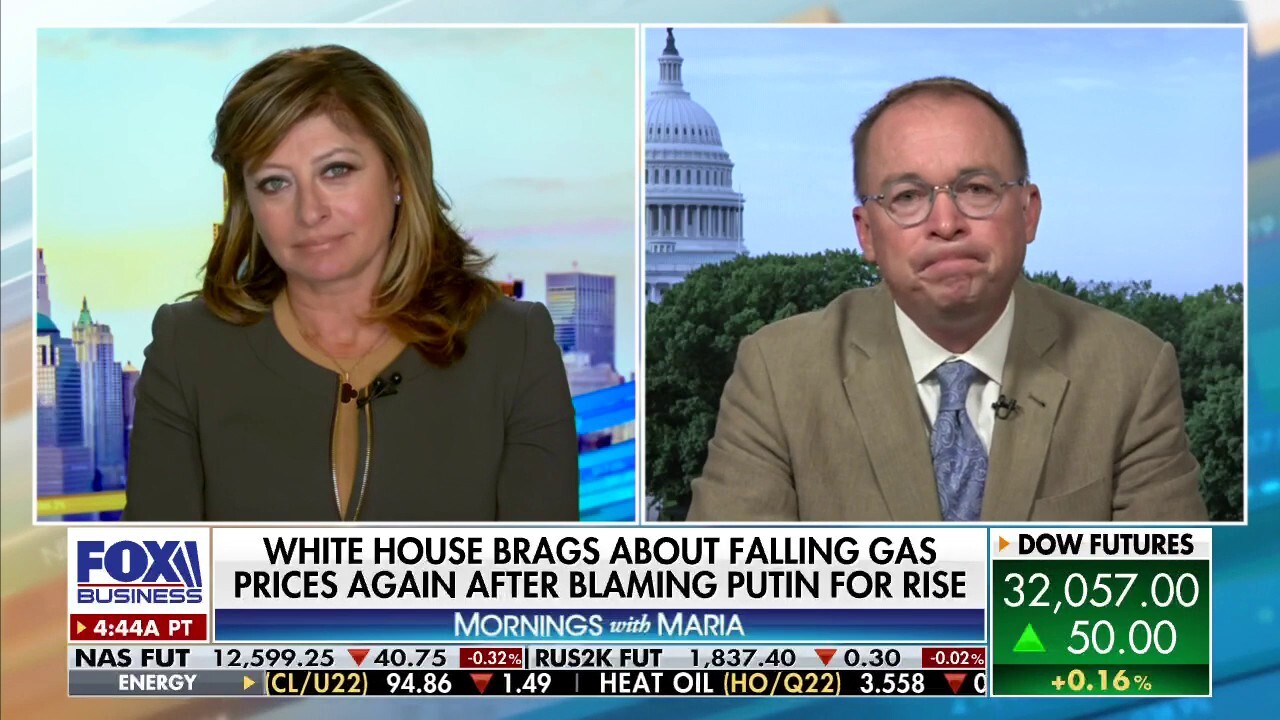 Fed needs to be careful raising rates, or they might ‘bankrupt the federal government’: Mulvaney

Former Office of Management and Budget Director Mick Mulvaney comments on the economic crisis and warns of strategies that may do more harm than good.