Investors who ignore renewable energy will be poorer for it

Times of upheaval are often also times when we are forced to look at new ways of doing things and nowhere is that more apparent than in Europe.

While the war in Ukraine is a human tragedy, a consequence of the conflict is that it has made Europe reassess the risks of having so much dependence on Russia for energy.

The conflict has forced the European Union to be more ambitious on its targets for renewable energy. A new EU directive sets a target of 45 per cent for the portion of the EU’s energy consumption to come from renewable energy by 2030, from 32 per cent. 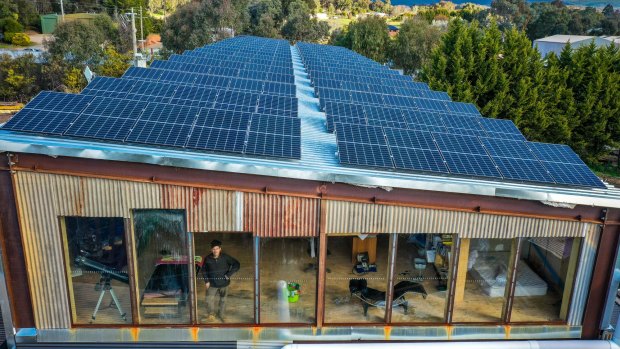 After a slow start, renewable energy is coming on quicklyCredit:Justin McManus

That means massive new funding for renewable energy technology. The United States also recently passed a bill that promises to cut emissions by even more, with new money for the research and development of renewable technology.

Then there is China – the world’s second-largest economy and largest emitter of greenhouse gases – which has a target to make its economy carbon-neutral by 2060. It is putting significant efforts into the development of electric cars and solar energy.

The message for all investors, and particularly institutional investors, is that renewable energy is coming on quickly, and just having a “negative” screen without investing in the energy sources of the future will come at the cost of lower investment returns.

These days, it would be a rare investment manager that does not consider ethical, social and environmental (ESG) issues when making investments, at least to some extent.

At minimum, that could be avoiding or limiting investment in fossil fuel companies for fear they may become “stranded” assets, with their value marked down in the future. But more and more it is about investing in the green businesses of the future.

Though slow to start, the swing to renewables is quickening. Despite science knowing about human-induced climate change for many, many decades, the real action of mitigation of climate change only really started a short time ago. If you had to pick a time, it was probably the Paris Agreement of 2015.

American astronomer Carl Sagan’s testimony before US Congress in 1985 should have been an earlier turning point and seen the world start to alter course in a serious way.

With hindsight, some 37 years later, we can see that Sagan in his 17-minute testimony delivered as straightforward an explanation of climate change and its consequences as anyone – before or since. Among those present at Sagan’s testimony was Al Gore.

The former vice-president went on to co-launch the sustainable investment manager Generation Investment Management. In 2007, he shared the Nobel Peace Prize for his efforts in “informing the world of the dangers posed by climate change”.

“Geopolitical events of the past year, including the devastating war in Ukraine, have highlighted the urgent threat that fossil-fuel dependency poses to global security and democracy,” he said.

The message for all investors, and particularly institutional investors, is that renewable energy is coming on quickly, and just having a negative screen without investing in the energy of the future will come at the cost of lower investment returns.