As some of the world’s richest CEOs and business leaders discuss climate initiatives on the World Economic Forum stage, Home Depot co-founder Bernie Marcus sounded off on the "woke" new generation of leaders who ignore the economy’s "bottom line."

"I certainly don't want to see the woke generation coming up, especially the leaders. I'm watching Davos, what happened in Davos, and they're recommending spending more money on climate control when we don't have it," Marcus said on "Varney & Co." Thursday. "We've already overspent. And if anything, climate control has caused most of the problems we have today."

"I think we need to move on. For both parties, it's a next generation of leaders. I think it's important that, particularly on the Republican side, we've had a series of four losses in a row," Schwarzman had said in an interview with Bloomberg Wednesday in Davos. "I think the public has spoken and would like to see a change."

The Home Depot co-founder agreed that fresh faces could bring characteristics that are a net positive for the U.S. economy. 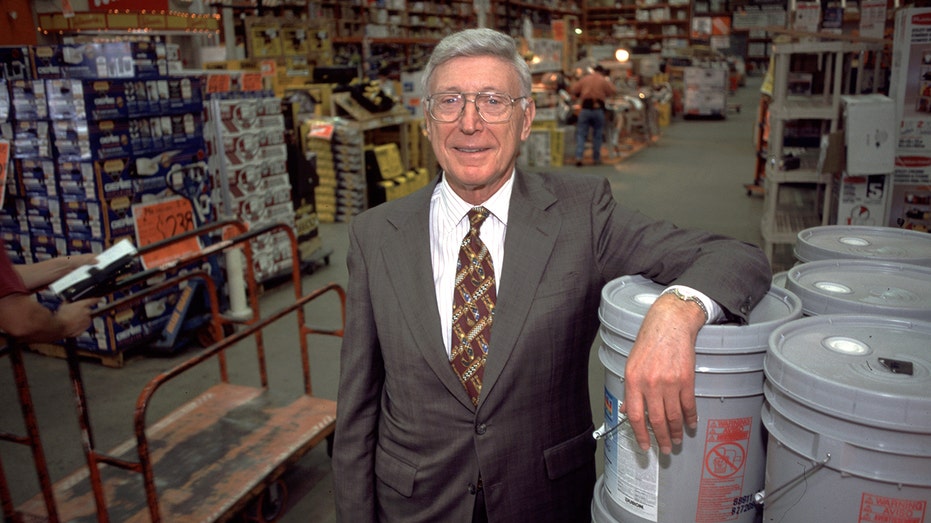 The business leader also expressed difficulty in understanding how there are more than 10 million job openings in America, but only 6 million are actively looking for a job amid a looming recession.

"I can tell you right now, after some meetings I had yesterday, you can't hire people. They don't want to work. Nobody wants to work anymore, especially office people," Marcus noted. "They want to work three days a week. It's incredible. How do you have a recession when you have people that don't want jobs?"

"They're entitled, they're given everything," Marcus said of the "woke" generation. "The government, in many cases, if you don't work, you get as much money as when you did work… And so you get this laziness, which you have, and it's basically a socialistic society." 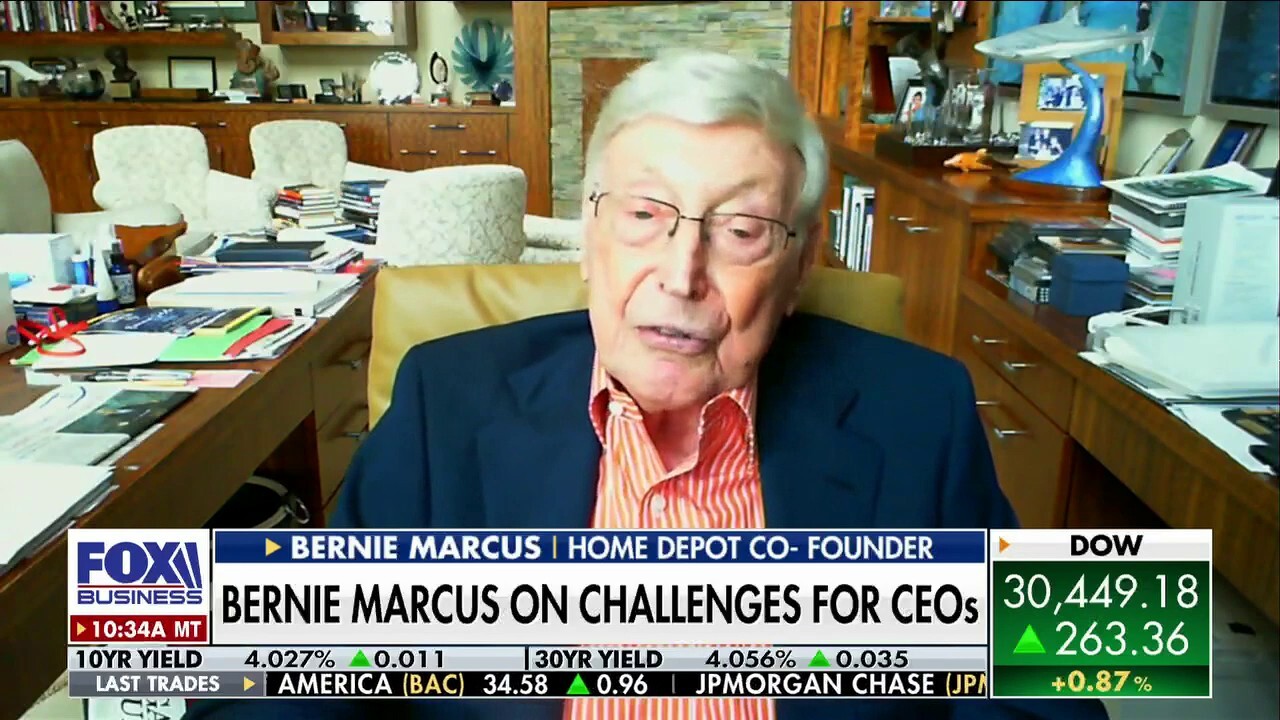 Home Depot co-founder Bernie Marcus discusses the economy under Joe Biden, telling ‘Cavuto: Coast to Coast’ the president is doing ‘everything wrong’ and has no answer for inflation.

According to the Home Depot co-founder, 70% of America’s active workforce is employed by small businesses. Marcus cited a recent survey which found 60% of small business participants "believe they will not be here in the future" and their establishments will close.

"Why are they not going to be able to make it? Number one, inflation. Number two, they can't get people to work," Marcus said. "Take a pizzeria shop: he can't find anybody to work. He's working 12, 14, 18 hours a day and he may not be able to make it."

"Then you throw in all these absurd rules that you have to follow, and every state has some dumber and dumber [regulations]," Home Depot’s co-founder spoke of "woke" labor laws. "New York, in fact, leads the country in dumb, but maybe not, maybe they're second to California." 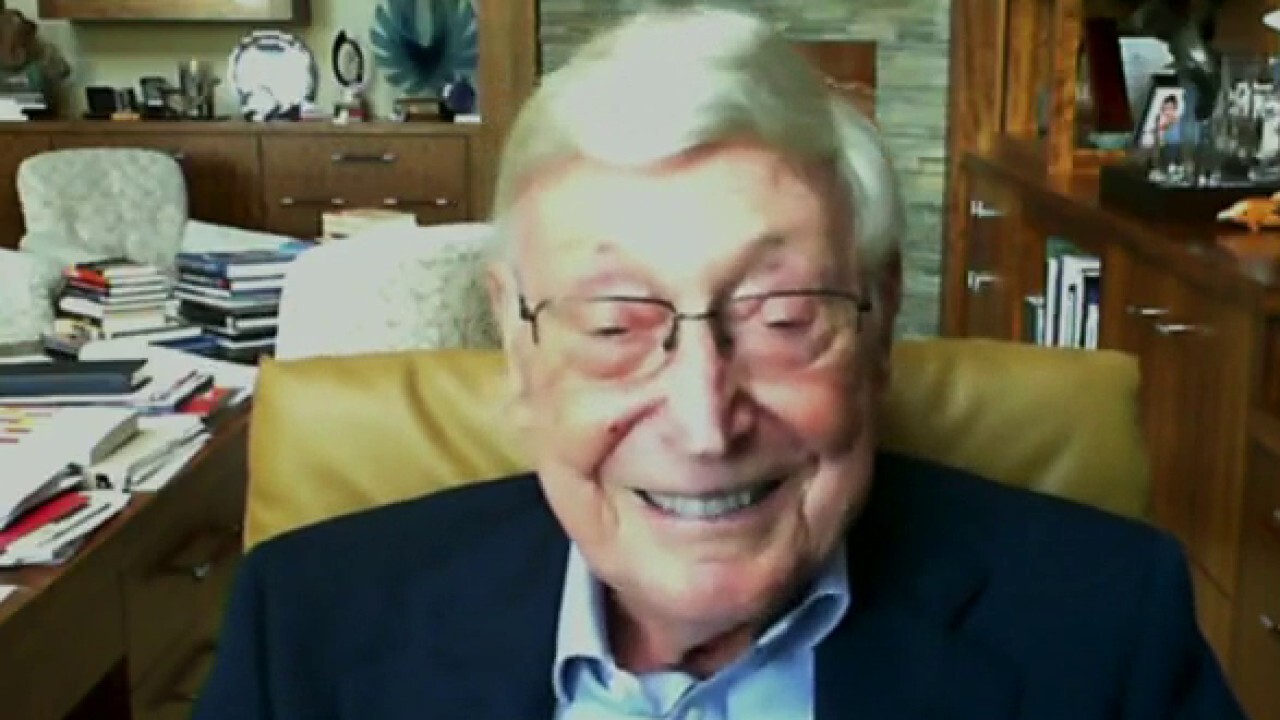 Bernie Marcus reveals a life-altering moment about his Harvard ‘dream’

Republicans such as Senate Minority Leader Mitch McConnell, R-Ky., have placed blame for the job market imbalance on government action during the pandemic.

"You've got a whole lot of people sitting on the sidelines because, frankly, they're flush at the moment," McConnell had said at a public event last July. "What we've got to hope is that once they run out of money, they'll start concluding it's better to work than not to work."