Global economy braces for impact of Russia’s War on Ukraine

Far-left Dems using situation in Ukraine to attack the Constitution

Rep. Pat Fallon discusses Democrats attempting to attack the U.S. Constitution and Pelosi’s power eroding as 31 House Dems are set to leave on ‘The Evening Edit.’

Soaring commodity prices, sweeping financial sanctions and the potential for a ban on energy imports from Russia after it invaded Ukraine are threatening to hobble a global economy still weakened by the Covid-19 pandemic. They are also complicating the task of central banks that had been preparing to phase out easy money.

On both sides of the Atlantic, inflation is at levels that haven’t been seen for decades, and still rising. Global stock markets are wilting and the dollar is surging against other currencies as investors rush for the safety of U.S. assets.

Economists are increasingly warning of a possible bout of stagflation, particularly in Europe, a situation of high inflation and low growth that afflicted major economies during the 1970s. Back then, central banks responded to a surge in oil prices with easy-money policies that caused a wage-price spiral. Now, some central banks might give up on their plans to increase interest rates after keeping them down during the pandemic.

"It’s going to be increasingly hard to ignore the comparisons to the 1970s as the commodity price action is increasingly resembling this," said Jim Reid, a strategist at Deutsche Bank.

At rate-setting meetings scheduled over the next week, the European Central Bank and U.S. Federal Reserve had been expected, until recently, to move rapidly to phase out easy-money policies. Both are now likely to be cautious, investors said, reflecting the new economic risks.

Fed Chairman Jerome Powell told congressional officials last week that Russia’s invasion of Ukraine was likely to push up inflation, and said he would propose a quarter-percentage-point interest-rate increase at next week’s meeting, effectively ending speculation over a larger, half-percentage-point increase.

"We need to be alert and nimble as we make decisions in what is quite a difficult environment," Mr. Powell said.

In Frankfurt, ECB officials have signaled they will move cautiously when they gather on Wednesday and Thursday, despite inflation rising to 5.8% in February, almost three times the ECB’s 2% target. Investors now expect the ECB to increase its key interest rate by 0.1 percentage point by December, to minus 0.4%, rather than the 0.5 percentage point rate boost expected a month ago, according to financial market prices.

At the heart of the latest bout of uncertainty is Russia, the world’s 11th-largest economy and a crucial energy supplier to much of Europe. Western nations have in recent days imposed the most sweeping economic sanctions against a major country in recent decades. 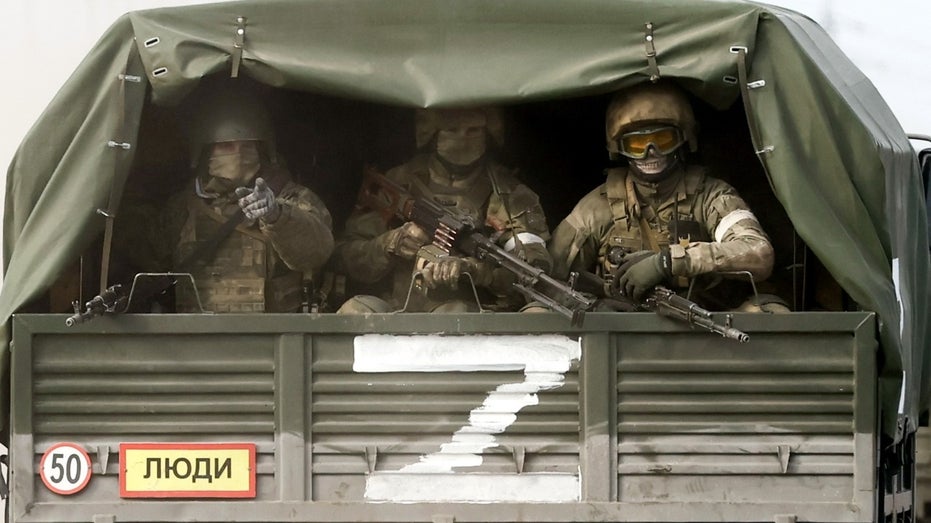 Christopher Smart, former U.S. Treasury/National Security Council special assistant to President Barack Obama, said the uncertainty among global businesses was reminiscent of that which accompanied the collapse of Lehman Brothers in September 2008.

"We’ve never seen anything this comprehensive, this powerful and this sudden imposed on an economy this size and important to the global economy," said Mr. Smart.

It is similar to the Lehman crisis "in the sense that there’s going to be a lot of uncertainty about who has exposure to Russia, the indirect exposure," he said. "I may know that I’m not exposed, but I’m not really sure who among my clients may be exposed, who has investments that they’re…going to have to write down."

HOW INTERNATIONAL AIRFARE COULD BE IMPACTED BY RUSSIA-UKRAINE WAR

Europe, with its geographical proximity to the conflict and heavy dependence on Russian energy, is potentially facing its third recession in two years. The U.S. economy is likely to fare better given its role as the world’s top oil producer and still-sizable household savings, but even in the U.S., surging inflation is likely to weigh on consumer spending and growth.

The euro has fallen to $1.08, close to its five-year low against the dollar. The MSCI EMU, an index of large and midcap eurozone stocks, has fallen by about 20% since January, compared with a 10% decline for the S&P 500 index. Eurozone bank stocks have been hit particularly hard, even though their direct exposure to Russia is limited in most cases.

Even before the Ukraine conflict, Europe’s economic recovery had less momentum than that of the U.S., partly because of lower government spending. Eurozone consumer spending and investment are both well below the path they were on before the pandemic, while the U.S. has returned to that path, according to ECB data. 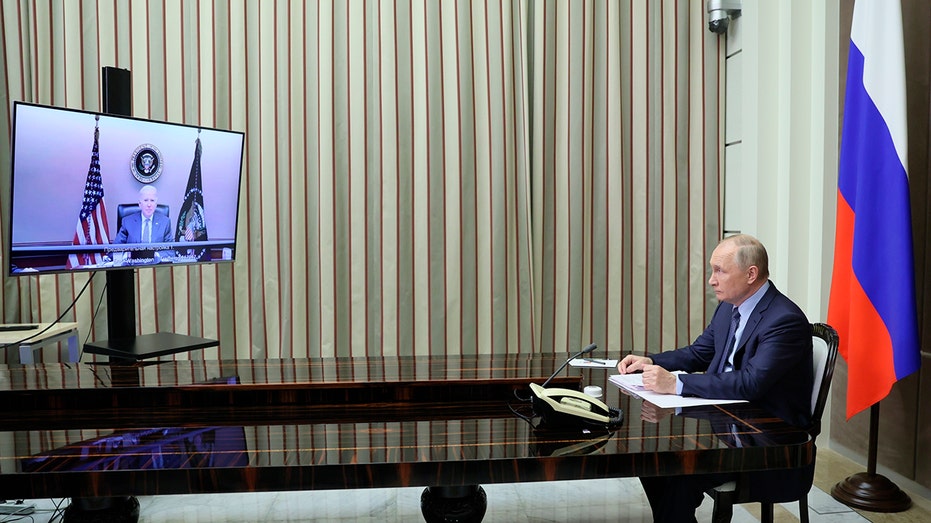 Large emerging-market economies like Egypt are facing a food-security crisis amid surging prices and crimped supplies of Russian wheat and sunflower oil exports, according to the Middle East Institute, a Washington, D.C., think tank.

In Russia, economists predict an economic contraction of as much as 10%, which the nation hasn’t experienced since the messy post-Soviet economic overhauls of the 1990s. The initial shock is likely to be followed by a prolonged period of low growth or stagnation as Russia is pushed into economic isolation, according to Capital Economics.

In China, where leaders are gathering to set out economic priorities for the coming year, growth is slowing and high energy costs are a mounting concern. The country is still implementing a zero-Covid-19 policy, and household consumption has been weak, while policymakers are cracking down on excesses in the housing market. President Xi Jinping said on Sunday that the country must ensure grain security and reliance on the domestic market to maintain production, state broadcaster CCTV reported.

The Ukraine war could reduce eurozone economic growth by as much as 2 percentage points, according to Capital Economics. Western sanctions on Russian businesses, companies voluntarily cutting ties and the deep recession in Russia will severely reduce eurozone exports to Russia. 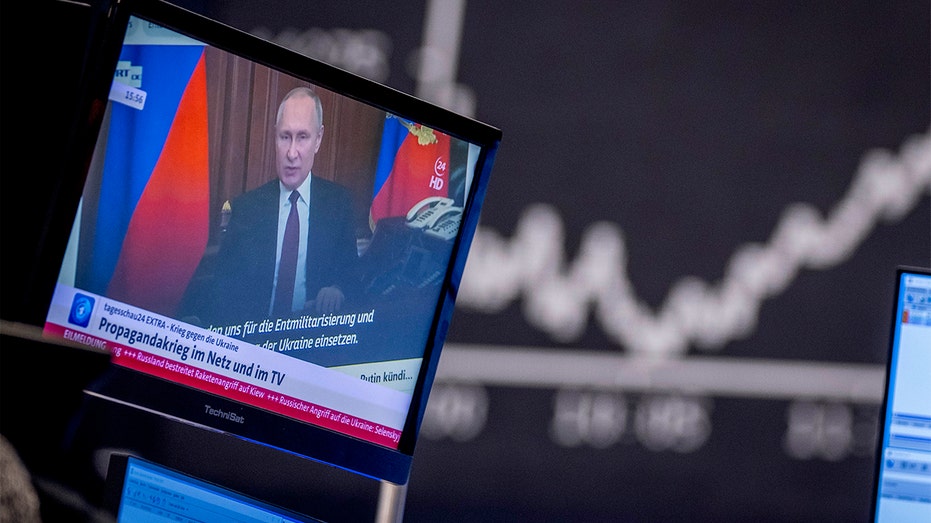 The conflict is also putting fresh strains on stretched global supply chains and pushing up prices for Europe’s export-focused manufacturing companies. Auto companies are throttling production amid a lack of wiring harnesses and other components. The war will also weigh on household spending through higher prices and greater uncertainty.

While the ECB might decide to delay rate increases until 2023 and extend its bond-buying program, the Fed, the Bank of England and the Bank of Canada are likely to continue lifting rates, albeit at a slower pace than initially priced in before the conflict, said Iain Stealey, a portfolio manager at J.P. Morgan Asset Management in London.

A closely watched index of eurozone investor confidence plunged in March to a 17-month low, on par with the decline seen at the start of the Covid-19 pandemic in March 2020.

"We think higher commodity prices are here to stay and will lead to both higher inflation and lower growth," said Salman Ahmed, global head of macro and strategic asset allocation at Fidelity International in London.

"This means the risk of outright recession in Europe is rising sharply, especially if physical commodity flows from Russia are substantially disrupted in the coming days and weeks."