Vanuatu Regulator Gears Up with a Leading Crypto Consultant

The Southwest Pacific nation is taking more and more steps toward the development of a strong digital asset industry.

Back in July, the Financial Dealer Licensing Act was amended to allow Vanuatu-licensed brokers to trade in digital assets with the world. Now, the Vanuatu Financial Services Commission (VFSC) is working with a world-renowned crypto consultant to build a comprehensive and sensible regulatory framework for the broader use of digital assets, including crypto, DeFi and NFTs. 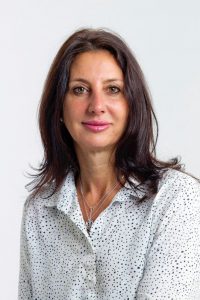 A native of Australia, she started focusing on the regulation of digital assets from 2012, the year she bought her first Bitcoin. She quickly became a sought-after consultant as she helped regulators devise policies in Antigua, Australia, Bermuda, Jamaica, Mauritius and Serbia. Since 2017, she has worked with the OECD on a number of policy papers and served on an advisory board for the FATF. A latecomer to computer coding (she started in her forties) she jokingly refers to herself as “probably the oldest person in crypto.”

“Not only does Loretta Joseph have relevant expertise to help advance the safe and efficient use of digital assets in Vanuatu, but she also acts as a bridge between FinTech professionals, financial regulators and the broader business community and government leaders,” said Martin St-Hilaire, president of the Financial Markets Association of Vanuatu, which brings together VFSC-licensed brokers.

“If the internet taught us anything, it’s that the top-down approach doesn’t work,” she said. “Regulators, governments, industry and everybody else have to pitch in because we’re all on the same learning curve and nobody has all the answers. If we manage to work together in a collaborative way, the next decade will be very exciting.”