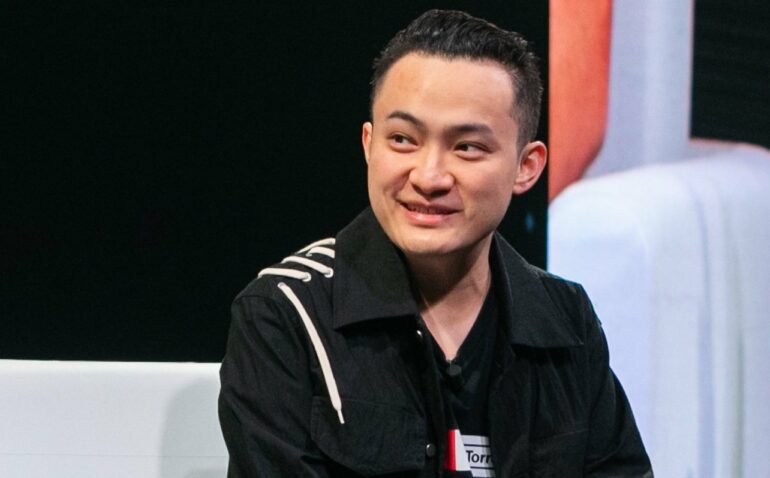 Justin Sun May Have a ‘Secret Plan’ for UST

The purchase of UST by Justin Sun comes in the backdrop of an earlier Tweet where he announced he was buying the stablecoin. Terra’s Do Kwon responded to the Tweet, asking Mr. Sun what he was up to. Justin Sun responded, ‘I may have a secret plan.’ 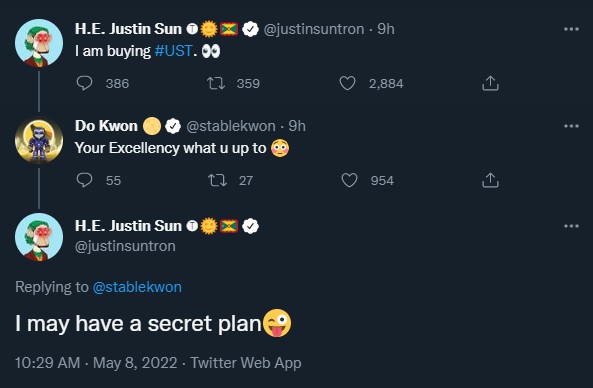 At the time of writing, Justin Sun has not elaborated on his plan for the purchased UST. However, crypto-twitter community members have offered the following possibilities.

UST Had Depegged from the $1 Mark, Affecting the Value of Terra (LUNA)

Justin Sun’s purchase of $1 million comes in the wake of TerraUSD (UST) depegging due to a massive sale of the stablecoin in Curve Finance and Binance. UST has since regained a value closer to the $1 mark.

Additionally, the events of the last 48 or so hours have had a negative effect on the price of Terra (LUNA). The digital asset has suffered an 11.21% decline in value in the last 24 hours.

It is also trading below the critical 200-day moving average after setting a local low of $59.40 earlier today and due to news of TerraUSD (UST) depegging from its one-dollar mark.

Furthermore, Terra (LUNA) could continue to experience a bearish sentiment given that Bitcoin has lost its $34k support and looks destined to tap $32k either by tonight’s weekly close or sometime next week.