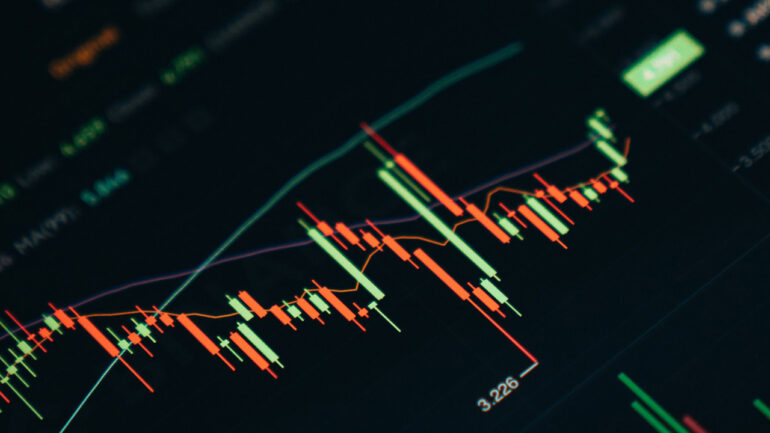 A token that Ethereum co-founder Vitalik Buterin jokingly suggested has become a reality. The “The Protocol” project, which Buterin clearly described to poke fun at the shilling of projects, has been created, with the THE token up by 150% in the last 24 hours.

Someone should make a project called “THE Protocol”, so that their shills can say “Look, soandso mentioned THE!” pretty much any time anyone says anything.

The token’s pump proves Buterin’s point, which is that shills will promote anything. The crypto community has also reacted, with podcast host Holger saying that he only thought these tactics worked during a bull market.

Something something how it started how it’s going…

I always thought bullshit only works in bull market $THE pic.twitter.com/zf7DpR0vj4

It turns out that this is not the case, and Vitalik has also reacted upon learning of the project’s case, tweeting about what he had done when he made the initial remark. This may be the start of a new meme coin, which certainly has no shortage of shills.

The project itself recognizes that it is a meme, with the Twitter handle mostly posting memes. The pinned post is also Vitalik’s original tweet. The handle has over 4,200 followers and over 2,000 members on Telegram — and is quickly becoming discussed on the social media platform. 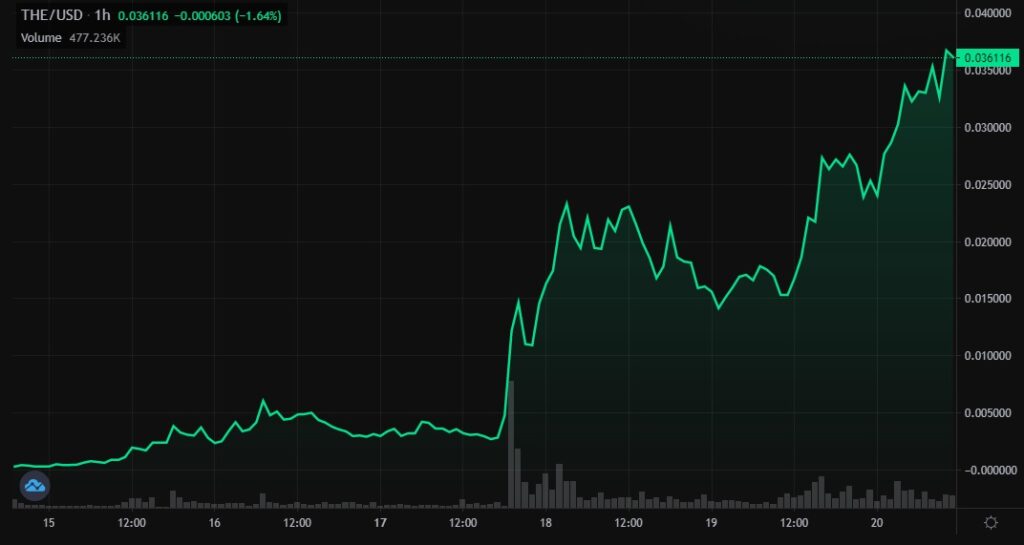 Unsurprisingly, the THE token has started pumping to an enormous value. The 150% price jump over the past 24 hours takes the price to $0.03. As a meme coin, it could very well even reach even higher figures, as meme coins have a way of pulling investors in.

The 24-hour trading volume stands at $20.3 million, which just further illustrates Buterin’s point. The fully diluted market cap stands at $38 million. There are 100 billion of these tokens.

It has already reached the top spot on DEX tools. THE is also trending on Crypto.com and CoinMarketCap and has been listed on Gate and MEXC. 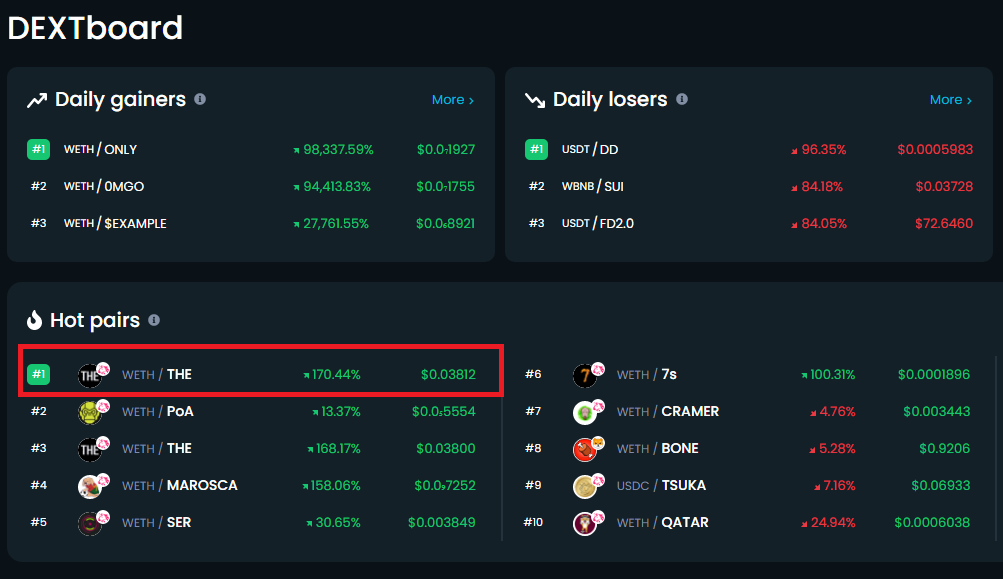 Meanwhile, other meme coins like DOGE and SHIB aren’t faring quite as well as THE. The former is up by over a 1%, while SHIB has marginally dropped in value over the last day.

2023 may be another good year for meme coins. In any case, it will be interesting to see where THE goes and how long it can sustain the meme.