The SEC Issues Another "No" To Van Eck's Bitcoin ETF 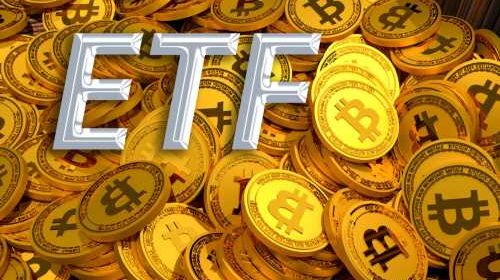 US regulators have banned the new bitcoin-based exchange-traded fund (ETF) submitted by Van Eck. The Securities and Exchange Commission (SEC) had until November 14 of this year to make an official decision, though it looks like regulators were not willing to take the entire time window they had open to them. They certified a “no” on November 12.

The Van Eck ETF Is Ungraciously Kicked Aside

The SEC has been one of the most closed-minded organizations to bitcoin and the growing world of digital currencies. While an ETF based on bitcoin futures was recently okayed and has been trading on the New York Stock Exchange (NYSE) for the past few weeks, it appears anything based on real, physical bitcoins is a whole other ballgame, and the SEC has been in “no mode” for several years.

In a statement, the agency explained what it was about the ETF that did not meet its standards:

This order disapproves of the proposed rule change. The commission concludes that BZX has not met its burden under the Exchange Act and the Commission’s Rules of Practice… In particular, the requirement that the rules of a national securities exchange be ‘designed to prevent fraudulent and manipulative acts and practices’ and ‘to protect investors and the public interest.’

To an extent, this shouldn’t come as a huge surprise to anyone. For one thing, the SEC has not approved a spot-traded bitcoin ETF since applications first began making their way across the agency’s desk about four years ago. It seems everything is ok if it’s based on futures technology, but according to many analysts, this can only go so far.

The futures-based ETFs are more expensive and less efficient than the spot-based. This is a result of their complicated structure requiring more maintenance. ETFs could be very bullish for bitcoin. They will allow more institutional investors to invest in bitcoin through an easily accessible investment vehicle… [but] this could be a dicey period with high volatility. If the first final verdicts are negative, I would not be surprised to see turmoil in the futures market and new rounds of liquidations. A positive verdict, on the other hand, could lead to the opposite scenario.

Will This Type of Product Ever Get a “Yes?”

Volatility appears to be something that the SEC is terrified of, but industry experts like Ray Youssef of Paxful fame say this fear is unjustified, as many serious technological advancements have occurred in the crypto space that are solidifying BTC’s price. In an interview, he states:

While this recent price rally can be attributed to movements like the approval of the first bitcoin ETF for institutional investors, we can’t ignore the impact of significant development and adoption in emerging markets. For example, more developers are entering the space, the Lightning Network is seeing a massive rally with the support of Twitter’s Jack Dorsey, and countries like El Salvador have adopted bitcoin as legal tender.