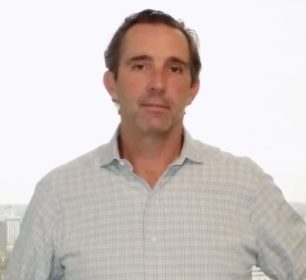 While blockchain and the traditional ﬁnancial system are often framed as having opposing interests: a battle between DeFi and the old guard institutions that have been around for decades, if not centuries. But the fact is, next generation blockchain technology can solve  pressing problems for conventional ﬁnancial markets. And the SEC, FINRA and other regulators are eyeing it as a possible solution to the privacy, security and liability issues.

In the simplest terms, blockchain is one form of distributed ledger technology–an alternative to a traditional database structure that can be used to store important data securely. In particular, the blockchain’s decentralized architecture, replicating data across potentially thousands of network nodes, and its consensus mechanisms, is designed to ensure that no single entity can create, update or destroy data without the rest of the network agreeing to it. The bottom line is that the blockchain represents a lower cost method to replicate the current market data infrastructure.

The ﬁnancial system is centered entirely around data. Markets can not function properly without accurate price data, and without a way to track past transactions and record new ones. Blockchain gives markets the opportunity to speed up clearing in a more cost efficient manner. And in ﬁnancial markets where signiﬁcant amounts of money are often involved, the stakes are high.

Most people know the story of Willie Sutton, who when asked why he robbed banks, responded simply, “because that’s where the money is.” For the same reason, ﬁnancial markets represent ripe targets for bad actors, who see a path to proﬁt from any weakness in these systems. When ﬁnancial markets rely on centralized data stores, these miscreants have not only the motivation, but also a much clearer vector of attack. This concern is not an imagined one. As cybercrimes continue to proliferate, security initiatives remain a priority. Examples of cyber attacks experienced by Nasdaq, the Hong Kong Stock Exchange and the New Zealand Stock Exchange point to these risks. In a centralized data storage system, this type of criminal activity can destroy trust among market participants and cripple the market. These attacks, and similar attempts, highlight the vulnerability of centralized ﬁnancial exchanges to digital assault.

Threats of corruption or hacking are not the only thing guiding the SEC’s reform path, and also not the only way blockchain technology could be employed to beneﬁt securities markets.

Throughout its history, the SEC has continually looked for ways to make ﬁnancial markets safer and more eﬃcient for all market participants. The SEC has stated that it is “mindful of the beneﬁts of increasing use of new technologies for investors and the markets.” Particularly, technology that advances the mechanism of a free and open market and a national market system.


A more general way that blockchain technology could be used is to manage the distribution of data. For example, using blockchain technology to create an immutable, private permissioned ledger would allow a market to share certain proprietary market data related to trading activity with its members while ultimately maintaining control of its dissemination beyond the authentication and authorization walls it sets up. For example, with the aim of increasing price transparency in the market, anonymized information about all transactions including price and volume could be recorded on the chain such that it would be available to all market participants. This kind of price discovery has the potential to encourage more small to mid-size issuers to access public capital, and thus more opportunity for investors to participate in gains.

Perhaps most importantly, recognizing the aversion to change that can be present in markets or other organizations that have operated in a certain manner for long periods of time, it is important to note that the adoption of blockchain technology need not happen all at once.

Blockchain-based market data feeds represent an onramp to bigger changes. For example, the blockchain-based market ledger could exist as an addendum to normal market operations. In the initial application, the data held on the blockchain might not be executable, and it might be offered on a delay. The beneﬁt of this kind of approach is to demonstrate to market participants the capabilities and potential beneﬁts of blockchain technology in a context that operates within the current equity market infrastructure while ultimately advancing technology that may create opportunities for more eﬃcient, effective and safe securities markets.

In the end, the appropriate question to ask regarding blockchain technology ﬁnding productive application as a central tool of execution in traditional ﬁnancial markets is not if, but when it happens. Regulators recognize the potential of the technology, and billions of dollars are being invested into developing ways to implement this technology in the ﬁnancial services industry.

As ﬁnancial markets continue to adapt and change, blockchain technology represents a major opportunity to update the capital markets infrastructure to produce safer, more eﬃcient and more accessible market solutions participants can be conﬁdent in.