There has been an atmosphere of uncertainty in the cryptoverse of late, and Shiba Inu is among the many cryptos that have experienced a drawback in price.

However, in the case of this particular coin, large bag holders seem to have been waiting for that exact moment to jump into action. A quick glance at the crypto’s trading volume reveals a significant increase in activity even as the bears threaten the market.

The Scramble For The Dip

Apparently, Shiba Inu investors have been waiting for the price to dip so they can accumulate more. Indeed, this strategy is not alien to anyone who has been in this industry. Brisk investors tend to jump to accumulate whenever a crypto’s price pulls back with a promise of a future hike. This is what appears to be happening in the Shiba Inu community right now.

In the week, One of the most significant entities accumulating SHIB is Medical Startup, “Ask The Doctor.” As we recently reported, the company, which focuses on health data in Canada, announced that it had accumulated 31 billion Shiba Inu worth around $1.5 million. They also announced that they would soon be adopting SHIB to be used by them and their partners in the healthcare industry.

How Is The Future Of Shiba Inu?

It’s apparent that while the crypto’s price is a bit on the cheap edge at the moment, continued accumulation in large numbers could very easily give rise to FOMO and see the demand rise along with the price. At the moment, SHIB trades at around $0.000041, with a 24-hour loss of 6% and a 7-day price accession of 5%. 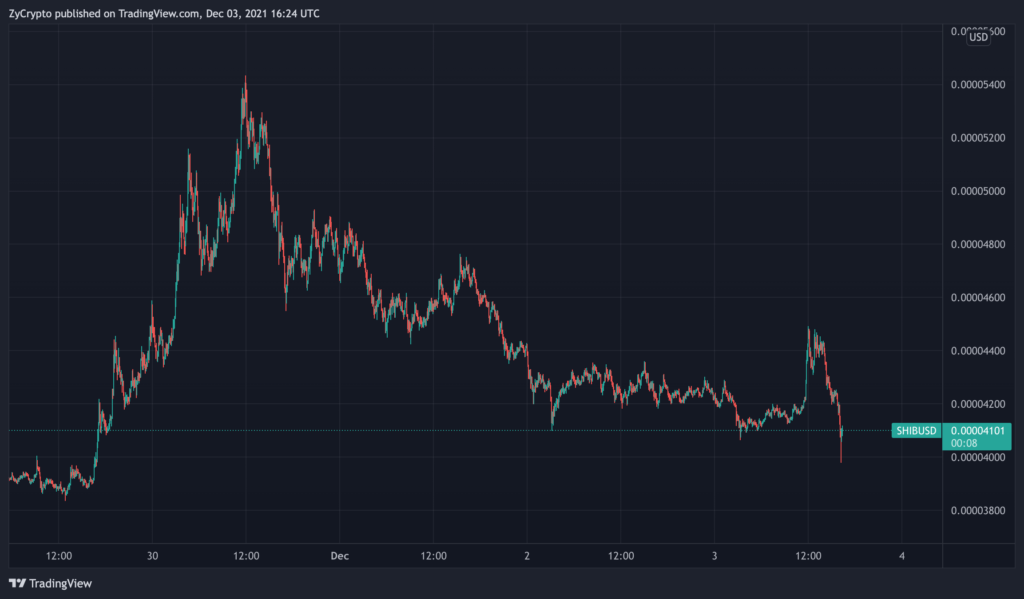 SHIB currently sits at position 13 in the crypto rankings and seems to be giving Avalanche (position 12) a run for its money – with less than a billion-dollar worth of market cap value parting them. We can only wait and see what happens next.