Senator Rand Paul on the Success and Growth of BTC 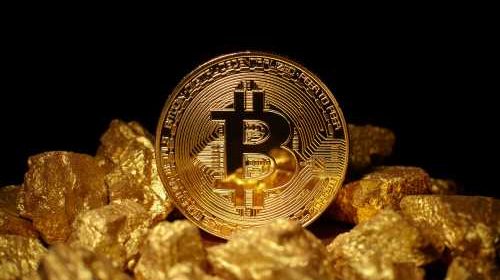 Senator Rand Paul – a republican representing the state of Kentucky – has expressed strong interest and enthusiasm about bitcoin.

While he did not admit to owning any himself, he commented that he is amazed by how much it’s grown over the past few years, and he anticipates things could potentially get even stronger… So much so, that he thinks bitcoin could potentially present serious competition to the U.S. dollar. Bitcoin could even wind up replacing it as the world’s reserve currency should the global economy sink.

In a recent interview, he stated that the U.S. dollar is “not backed by anything,” despite that it is used in several countries and is often the preferred currency of central banks as part of foreign exchange reserves. For the most part, the U.S. dollar has been the most sought-after and relied-on currency since the end of WWII in 1945.

I’ve been amazed at the growth of it, and I’ve always been, you know, more of a person who believed that our currency should be backed by something of real value like gold or silver or commodities, and always was wondering, well crypto is not backed by anything either.

He was also quick to acknowledge that trust in government is dying every day, and that this distrust could potentially continue to fuel bitcoin and its digital counterparts should people eventually start to dislike the idea of central banks. Paul mentioned:

Here’s what I’ve started to believe now is that the government currencies are so unreliable, they’re also fiat currencies, they’re not backed by anything. The dollar has been more stable than most other countries and so it is the reserve currency. I’ve started to question now whether or not cryptocurrency could actually become the reserve currency of the world as more and more people lose confidence in government.

Paul was also asked several questions regarding the alleged illicit use of crypto, though he hinted he was far more concerned with decisions being made by the Biden administration that affect people’s privacy. He commented:

I guess I’m more concerned with government snooping into our private bank accounts, whether it’s cryptocurrency or your bank account.

Paul was referring to a plan suggested by the Biden administration that would allow the government to examine people’s bank accounts and respective deposits and withdrawals exceeding $600. Right now, this rule exists for transactions exceeding $10,000. It’s going to be very hard to instill such a plan given that many bi-weekly paychecks alone are likely to exceed this amount. Financial regulators would no doubt have their hands full and probably never leave their desks.

Paul has long been a crypto advocate, going so far as to accept digital currency donations for his presidential campaign in the year 2016.