Poly Network Hacked, Loses $610 Million in Crypto Funds Only to Get Half of It Back 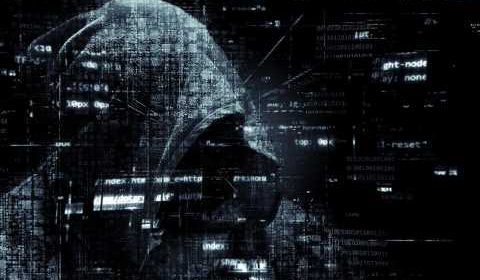 The Poly Network – which hosts several blockchains such as Binance, Ethereum and Polygon – has been hacked, resulting in more than $610 million worth of cryptocurrency being stolen. This is the largest decentralized network attack in the history of the cryptocurrency space.

The Poly Network Is the Latest Crypto Hack Victim

In a recent Q&A session regarding the event, a participant spoke out and claimed to be the person behind the attack. In the session, the individual said that they had simply engaged in the hack “for fun.”

When spotting the bug, I had a mixed feeling. Ask yourself what to do had you been facing so much fortune. Asking the project team politely so that they can fix it? Anyone could be the traitor given one billion! I can trust nobody! The only solution I can come up with is saving it in a trusted account while keeping myself anonymous and safe.

Since then, Tom Robinson – chief scientist at blockchain analytics firm Elliptic – has conducted a series of tests regarding the event and concluded that the person involved in the Q&A was indeed the hacker. He has since stated:

The messages are embedded in transactions sent from the hacker’s account. Only the holder of the stolen assets could have sent them.

The Poly Network was able to decipher which crypto addresses belonged to the hacker. The network then published these addresses on social media and reached out to potentially affected blockchains, requesting that they blacklist any funds stemming from these wallets. The company explained in a statement:

We call on miners of affected blockchain and crypto exchanges to blacklist tokens coming from the above addresses. We will take legal action and we urge the hackers to return the assets.

The Poly Network also reached out to the hacker, stating that it wanted to resolve the situation peacefully before turning to the authorities. In an open letter posted on Twitter, the network said:

Dear hacker, we want to establish communication with you and urge you to return the hacked assets. The amount of money you hacked is the biggest in defi [decentralized finance] history. Law enforcement in any country will regard this as a major economic crime and you will be pursued. It is very unwise for you to do any further transactions. You should talk to us to work out a solution.

Getting Some Funds Back

In a surprising twist, the letter appeared to have some sort of effect, as at the time of writing, the hacker has ultimately returned half of the stolen funds. The individual behind the attack later explained the reason for returning the money:

That’s always the plan. I am not very interested in money. I know it hurts when people are attacked, but shouldn’t they learn something from those hacks?